Who would you like to go back in time and kill? 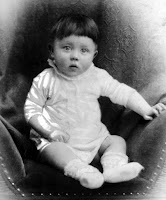 Well, there might be one or two, but you’d think I was absolutely horrible if I told you.

Me and the Internet. You know you can trust us.

I would take out Napoleon, Alexander the Great, Genghis Khan, and everyone else who ever tried to rule the world. Columbus and all the old Indian fighters (that’s Native American Indians, not Indian Indians, but maybe some of them too). Ted Bundy and all other serial killers and mass murderers (yes, I do recognize the irony) as well as all torturers, drug lords, child molesters, and slave owners. Then would come Jesus, Mohammed, Jim Jones, David Koresh, and a lot of other religious leaders. Everyone who ever killed another human being for reasons of race, religion, or ethnicity.

Let’s see, who else? Demagogues. Union busters. Furriers. Rapists (I would definitely kill rapists even if I do get off on an occasional rape fantasy). Chronic litterbugs (I can sympathize with a great many murderers, but littering is inexcusable). Druggies who have multiple babies that are taken away by Children’s Protective Services. People who breed animals to fight or dump their pets on the side of the road (I would really like to take them out). Men who beat women. Vivisectionists. Bullies who drive their classmates to suicide. People who are mean and/or dishonest their whole adult lives. Every last monarch and rich person who ever became wealthy off the backs of others. Yes, I know this would include Britain’s own dear Queen Elizabeth II. Sorry, Queenie. You’re not the worst of the lot by far, but you are the richest woman in the world, and what the hell have you done to deserve that?

God, Snowbrush, you are one bloodthirsty son of a bitch.

I would also kill all psychopaths and sociopaths, and I would euthanize advanced dementia sufferers and profoundly retarded people who are kept alive at taxpayer expense (the money really could be better spent, you know). Oh, yeah, everyone who ever suffered needlessly only to die anyway (I would be gentle with them). And, of course, lawyers—not quite every lawyer, but almost every lawyer. Sarah Palin? She died with the other demagogues.

But enough about me. Who would you kill?

Nobody. It's patently wrong to go around killing people, even mean people. You are one sick s.o.b.

So, you’re telling me that you would let 70-million people die before you would kill one Austrian megalomaniac!!!??? What if your family was being attacked, and the only way you could save them would be to kill the attackers. Are you saying you wouldn’t do it?

I would call it execution (and, in some cases, euthanasia), but putting that aside, if wanting to go back in time and right wrongs before they occur is evil, then I’m evil—and proud of it.

How do you know that killing all those people wouldn’t lead to even more suffering?

In some cases it would. For example, if I kill a child molester who is the sole support of his family, then his family might starve, or 300 years later, the world might be denied the birth of a truly great person. If I knew that would be the outcome, I would spare him, but my fantasy doesn’t allow me to consider the everlasting implications of every case. It only allows me to do what I think would make things better in the big picture. Since none of us can see into the future, this is basically how we already live.

But would you REALLY kill all those people?

You question reminds me of a joke. A man was seated beside an attractive woman at a dinner party. After an exchange of pleasantries, he asked if she would go to bed with him for a million dollars. “I would,” she said. “Well, then, would you go to bed with me for $25?” “Sir! What kind of a woman do you think I am?” “We’ve already settled that. Now, we’re dickering on price.”

Now, you tell me whether or not you would kill Hitler. On the one hand, you have the lives of 70 million people, untold millions of other creatures, and the lifelong emotional and physical impairment of many times that number. You also have incalculable environmental, artistic, historical, and financial destruction. On the other, you have the life of a scumball named Adolf Hitler. Furthermore, imagine that you don’t even have to go back in time and get your hands dirty; you can kill him right now simply by wishing it so. Picture him in his crib in May 1889 (see photo), and wish him dead, and, presto, he’s dead. If you don’t kill him, then I, for one, will think of you as someone whose ethics are so divorced from reality as to be utterly egocentric, but if you do kill him, we will know what you are. The only remaining question is whom else you would kill. Surely, Stalin. Unquestionably, Pol Pot. Doubtlessly, Kim Jong-iI. Where would you stop? Why would you stop?
Posted by Snowbrush 39 comments: Links to this post