Saturday’s atheist group was the first that I unreservedly enjoyed, partly because we have finally gone from having one existing member to every four new members, to having four existing members to every one new member; and partly because I have stopped trying to be the perfect host. When you host up to three events a month, you just have to give up on having your dust bunnies symmetrically arranged. Here’s my report on last night’s meeting, and on the people who attended.

Steering Committee: We met an hour before the scheduled meeting, and discussed ways to handle our growing membership. We also decided to sponsor a support group for people who have been emotionally harmed by religion. This group was my idea, and I had done a lot of planning for it, so I assumed I would be in charge, but Mary volunteered, so I turned it over to her. This was hard for me, but since I’m forever ragging on everyone to take more responsibility, I felt that it was necessary. If we don’t attract enough support group members from our total membership of 73, we will reach out to the community at large.

The snacks. They were excellent except for some stale nuts. I tasted them in advance, and knew they were stale, but didn’t have the guts to say so to the man who brought them. I won’t do that again.

The drinks: Wine, juice, pop, and gin. I initially thought the gin was wine because it came in a corked bottle that was shaped like a wine bottle, so I poured myself a large glass, and ended up drinking it all. Since I’m well past the age when it seems cool to act loaded, I faced somewhat of a challenge.

The topics. Intuition—what is it; does it exist; how can it be explained; and are women more intuitive than men? Morality—if you’ve always been told that religion is the sole source of morality, what happens when you give up your religion? Dialogue with believers—how should atheists address issues of faith, prayer, purpose, and so forth, and does the abrasive approach of many of the so-called New Atheists alienate more religious people than it awakens?

Marian. She’s autistic and, at twenty, is our youngest member, yet soon after she joined, she had the guts to challenge a loud, large, and arrogant sixty-year-old man when he said something that didn’t make sense to her. I wish I had had such courage when I was her age.

Bella. At 88, she’s our oldest member and a treasure chest of experience if not of wisdom. If someone hasn’t spoken much, Bella will start trying to draw him or her out. We’re going to devote a major part of our next meeting to hearing Bella talk about anything she wants to talk about.

Steve. He has a gift for taking unpopular positions and calmly using his encyclopedic knowledge to turn them into teaching opportunities. I think his IQ is probably off the chart, but I would say the same about a few others. I rather doubt that I’m the smartest person in the group, but I have some good excuses for it.

Lee and Robin. They were Jehovah’s Witnesses until a few years ago, and this puts them in an excellent position to teach the rest of us about cultish behavior. I also enjoy the fact that Lee plays the role of the intellectual male and Robin the emotional female, yet they give every appearance of using these differences to complement their marriage—I know they use them to complement our group.

Bob and Mary. They both strike me as intensely emotional, although they wear a patina of calm. They’ve been together for a long time, and seem to have a happy marriage. If I had to use one word to describe them, it would be steady. Bob hosts our movie night, and Mary is going to host our support group. If the group ever needs a bouncer, I’ll appoint Bob because he’s the kind of guy who don’t take no shit from nobody.

Ruth. She gives the word ebullient a whole new meaning because she’s so childlike in her excitement despite her nearly six decades. She hosts our group’s game night, but her political activism often competes with her participation in other group activities.

Larry. He nearly always comes to meetings, but he seldom speaks unless someone asks him something. When he does speak, he expresses himself well and makes good points.

Victoria. She reminds me of a bird that seems ever poised to fly away, yet when she’s present, she brings good energy and interesting perspectives. Last October, she loaned me five extra chairs for the group’s use, and she hasn’t asked to have them back, so we’re still using them.

Richard. Although tonight was his first meeting, he acted like an old timer whose opinions were valued. I wish I could feel that wanted when I’m among strangers.

Kurt. He’s a man of depth, but he seldom speaks unless someone asks him something.

Edwin. He’s relatively new; he said little; and he left early, so I have nothing to say about him.

Rachel (a child). Brewsky (a cat). Bonnie (a dog). Every meeting should contain these three because they emit a sweet, casual and homey ambiance.

Blank and Blank. They were no shows. I hate it when people stand the group up because I have limited space, and this means that they might knock someone else out of coming.

Four hours and twenty minutes passed between the arrival of the first person and the departure of the last, yet I was sorry that they didn’t stay longer. That was a first for me.
Posted by Snowbrush 33 comments: 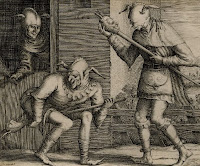