The men in my life part 2: Greg 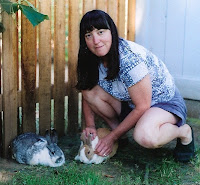 Peggy (in photo) and I met Greg in 1987 through a national group marriage organization that was headquartered here in Eugene. He considered me morose and Peggy bitchy, and we were indifferent to him, but since we were all interested in hiking and camping, we started spending time together. Coming as we did from flatland Mississippi, Peggy and I knew nothing about travel in mountainous wilderness areas, and he knew a lot, so he became our unofficial leader and supplier. If one of us needed an extra coat, Greg would pull one out of his pack, and if we became lost, we knew we could rely on him to get us home. He liked taking care of us, and we liked being taken care of.

Greg was charismatic, and most of his friends—other than Peggy and I—were younger than himself and treated him with deference. We liked having a charismatic friend, and we also liked having a friend who made us think he could do anything, anything at all. We felt safe with him while mountain climbing, backcountry skiing, and other activities that we wouldn’t have done on our own. Then Greg got interested in beekeeping, and I like bees, so we became still closer. At one point, I even worked under him when he was shop foreman at British Automotive.

Whereas Peggy and I tried to keep our lives orderly and predictable, Greg was wild and spontaneous. His house was a mess; his Land Rover had moss growing inside the cab; his cat ate from the kitchen table with everyone else; and his yard was junky and overgrown. He was also unlike us in that his generosity was boundless. For example, a year after we met him, Peggy and I moved to Minneapolis to be a part of a group marriage. When the marriage fell apart two years later, Peggy came back to Oregon alone leaving me to move our stuff, and it was a lot of stuff. When I phoned Greg on the day of the move and told him that the friend who was supposed to help me load the truck and drive it to Oregon had backed out of doing either, Greg said he would fly to Minneapolis that afternoon. I reminded him that a last minute plane ticket would cost a hell of a lot of money, and I didn’t want to pay for it. He said he didn’t intend for me to pay for it (I still had to turn him down because it didn’t seem right to accept a gift that exceeded my own generosity).

Over the next ten or twelve years, there were two occasions when Greg and I had arguments and didn’t speak for a couple of years. During these times, he didn’t see Peggy either because he said that a friendship with just one of us wouldn’t work. What he did do when we were apart was to trash me to other people. When I confronted him about this, he sometimes denied it, and other times said that he did it in order to encourage my friends (the ones he was trashing me to) to come to me and work out our issues (issues that wouldn’t have existed had Greg kept his mouth shut).

During the mid-nineties, Greg and Peggy became lovers, and we all discussed him moving in with us as an equal partner. Unfortunately, he was different from Peggy and me in two ways that stopped us cold. One was that if being a total slob regarding your house and yard is a zero, and being a total neat freak is a hundred, then Greg was a 15 and Peggy and I were 85's. The second problem was that Greg spent money as fast as he got it while Peggy and I squirreled it away. His fun-loving spontaneity was great in a friendship, but we couldn’t imagine happily sharing finances in an intimate relationship. Greg assured us that he would change his housekeeping habits, and that our financial differences could be worked out through written agreements.

When we were unmoved, Greg proposed to Peggy that she live at his house part of the time and here part of the time. This suited her and me, and the arrangement continued for a few years until she got tired of living in two places. The next day, Greg dropped off everything the two of them had shared (their "living Christmas tree" is now 20’ tall). Then he didn’t talk to us for a year.

In the late ‘90s, Greg went back to school and got a masters in counseling psychology, but he didn’t work long as a counselor because he needed more money than he could make while he built his practice. Specifically, he had married a welfare mom with two children, and the three of them looked to him for support.

Greg, Peggy, and I were by now reconciled, but we were never close again because he had to work long hours and because his wife disliked Peggy and me—and vice versa. As with all Greg’s women other than Peggy, I suspected that this one suffered from a personality disorder. The final blow to any real intimacy between Greg and me came on the day he said he wouldn’t be reading my blog anymore because he found writing (including personal letters) less interesting than talking on the phone, and he didn’t think much of that. This was a reversal of what he had been telling me for twenty years, and I was speechless.

Then I developed health problems, and had ten surgeries in ten years. Greg was there for me until surgery number eight, which was by far the worst. Peggy was away, and I was in pain, heavily drugged, prone to falling, and only had the use of one arm. Despite two requests for help, Greg never came over. Surgery number nine was even worse because not only was it winter and Peggy was gone again, but one of our dogs—Bonnie—became ill on Christmas Day and nearly died. To keep her alive, I had to find someone to give her steroids and other drugs every twelve hours. I would have found it humiliating to ask Greg, and he never called or visited.

Greg dropped by one night a few months later, and I jumped all over him for having abandoned me after my surgeries. I was such pain the night he was here that I couldn’t sit up straight, and I was so mad that I could scarcely talk. Greg listened for what seemed but a short while before he asked if he could hug me (I said yes), and then he walked out the door. That was two years ago, and I haven’t seen him since.

I knew that Greg and I weren’t going to work this one out, so I had to decide whether to let him go, or whether to put my hurt feelings behind me and try to regain his friendship. I decided I wanted him back, so I emailed him briefly every few months to ask how he was doing. He wrote back occasionally, and two months ago, he asked if he might visit the next week. I said he would be welcome, but he didn’t come. He later emailed an apology and asked if I still wanted him to visit. I replied that of course I did. I haven’t heard from him since.

I can hardly blame Greg for all our problems because my moodiness, my tendency to take things personally, my passive-aggressiveness, and my tendency to go overboard in the other direction and speak too harshly have certainly been hard for him. Greg has told me that I’m the most difficult person he has ever tried to be close to.

If Greg and I had settled for being less intimate, perhaps we would still be friends, but we weren’t willing to do that. I think it's also true that being close friends is harder for men than for women. At least, Peggy and her women friends make friendship look easy as they go year in and year out without a cross word. I’ve never been able to come close to that, at least not with the few people with whom I’ve really tried to share intimacy.
Posted by Snowbrush 28 comments: