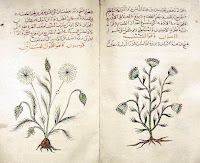 Peggy and I spent Thanksgiving on the coast with Bob and Mary Pat. I was thrilled to discover that one of their other guests was a doctor because I had never socialized with anyone of higher rank than a postal worker. And even he was a retired postal worker, a fact that made me lose all interest in him just as if he had been a retired president whose only claim to fame was that he used to have the power to annihilate the world.

Since the other doctors I have seen asked for a list of medications, I began going over mine, but he changed the subject. Nonplussed, I didn’t speak to him anymore, and I folded my arms and turned my back every time he spoke to me. Only later did I reflect that he might have been a gynecologist or a pediatrician. I didn’t think of this sooner because whenever I have gone to a doctor, he or she was the right kind of doctor 100% of the time, so I naturally assumed that this would always be the case.

No matter. My regard for doctors has dropped appreciably over time. I still regard them more highly than lawyers but, like lawyers, they are often clueless, disrespectful, impatient, and more interested in my money than my welfare. Years ago, there was a public outcry for doctors to provide holistic care, but specialized medicine is where the biggest money is, so that is where most doctors have gone. No one has a doctor anymore. He has one his nose, one for his knee, and one for each of the other parts that are bothering him. If this is not good enough, if the patient also wants a doctor that cares about him, he will need yet another doctor, yet his psychiatrist will no more look at him as a whole person than will his podiatrist.

Instead of doctors, we have ever more specialized technicians. This would not be so bad if the technicians were at least effective, but it is still true that most people who go to a doctor either get better, get worse, or stay the same; and that the percentages of each are not greatly different than if they had stayed home.

With such thoughts in mind, I researched alternative therapies for my arthritis. When I met an Ayurvedist socially, I looked up his alma mater and several other colleges of Ayurveda on the Internet. I found that there is no governmentally required certification, that diplomas are issued after months instead of years, and that Ayurvedic instructors typically boast of being “skilled” in things like astrology, numerology, and homeopathy. The same is true of most alternative schools. People who consider scientific research to be unrelated or even inimical to truth scare me even more than regular doctors do.

Baxter is to have surgery tomorrow for bladder stones. I never take a dog to a vet but what I wish he or she could doctor me too. Vets take the time for a thorough examination; they act like they actually give a rip; they are not pretentious; their charges are reasonable; they provide estimates; they call you back if they are unavailable when you call them; and they take the time to explain what is wrong and what can be done to fix it. What’s more, no dog has a different vet for every part of his body, yet I see no reason to think that their care is inferior because of it. In fact, I rarely take a dog to a vet but what the vet helps the dogs; whereas I rarely take myself to a doctor but what I come away the same or worse, but in any case poorer.
Posted by Snowbrush No comments: