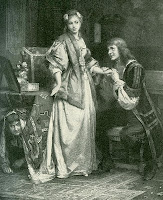 My air mattress went flat last night leaving me atop a sheet of plywood that probably wasn’t the worst bed in the world but wasn’t the best either. I took my pillow to Peggy’s room planning to spend the rest of the night with her, but when I opened her door, I saw that she was with a guy—a black guy. I’ve put up with her shenanigans too long to be surprised by much of anything, but I was vexed to note that he was in the middle of her bed. This left no room for me to sleep next to her, and I wasn’t about to sleep next to some s.o.b. who was in bed with my wife.

As I turned to leave, the floor squeaked, and he opened his eyes and looked at me in surprise. We glared at each other in silence for what seemed like a long time, but probably wasn’t more than a minute or two. I wondered what he was thinking, and I suspect that he was wondering the same thing about me. Maybe he thought I was going to hit him, but I was just trying to figure out what Peggy saw in him; what he could give her that I couldn’t. All I could think of was that he was younger than I by a lot of years. Okay, to be completely honest, I have to say that he was good looking too—at least for a black guy.

“Sleep with her, but don’t marry her,” I whispered, “or you’ll end up like me: standing in the dark with a pillow in your hand, a flat air mattress on your bed, and some other dude with your wife.” I don’t suppose a marriage between a woman and a schnauzer would be valid anyway, but I wasn’t sure he knew that, and I wanted to say something that would make me sound superior. I slept in Peggy’s recliner. It, at least, was available.

The three of us had breakfast together, but he didn’t talk much, and she didn’t either. I knew better than to ask questions because Peggy doesn’t like questions before mid-afternoon. Even then, she doesn’t like questions that are too personal. Years ago, I asked her about this, and she said, “Just because we’re married, it doesn’t give you the right to go snooping into my affairs.” I knew she was unaware of the pun, but I didn’t have the guts to point it out. The thing about making Peggy mad is that Bonnie Blue Heeler will help her beat me up. I don’t know why this is because the dog seems to like me better the rest of the time.

The black guy is still here—planning to spend another night, I suppose. I couldn’t find the leak in my mattress, so I’m looking at another night in a chair.
Posted by Snowbrush 32 comments: