You need it the most when you have it the least 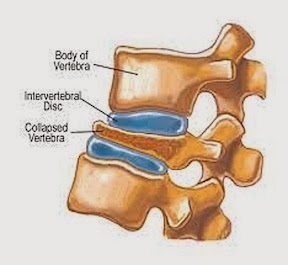 I go to my neurologist and say that my back still hurts like hell 73-days after I crushed my first lumbar vertebra, and I ask him what I should do. He proposes a kind of operation called a kyphoplasty in which a balloon is stuffed inside the vertebra, inflated with air, and filled with quick-hardening cement. Now, I know that the AAOS (American Association of Orthopedic Surgeons) doesn’t much like kyphoplasty, but I also know it’s commonly done because there aren’t a lot of great alternatives, and because it’s a low-risk moneymaker that doesn’t require a high degree of doctorly skill and intelligence. Still, it is surgery, and no surgery is so minor but what it can’t mess you up.

So, I ask him if maybe he could he hold off on the surgery for awhile and send me to physical therapy first, and he says that, yeah, that might work, and he gives me a PT referral. I then ask him whether an AAOS-recommended drug named Calcitonin might help, and he says it might, and he gives me a prescription. He no doubt realizes by now that I’ve been reading about my problem on the Internet, and a lot of doctors hate it when that happens because it’s ever so much easier and more profitable when sick people keep their mouths shut and do as they’re told.

Next, I ask him what he thinks of radio frequency ablation as a less invasive alternative to kyphoplasty, that is if it turns out that PT and Calcitonin aren’t enough to get me back on track, and as soon as I say this, he groans and puts his head in his hands. I’ve never seen a doctor do that before, so I just sit there looking at him and wondering what his next trick will be. Not a very good one as it turns out, because all he does is to change the subject. I don’t remember what he changed it to, because I’m thinking, wait just a damn minute here, there’s a question on the floor, so I interrupt him as gently as I can (doctors tend to be childish and fragile) by saying, “From your reaction, I assume you consider RFA too absurd to discuss, but before I consent to surgery, I very much want to investigate less invasive options, and from what little I know of RFA, it sounds promising, plus it’s a whole lot less scary than having my vertebra stuffed with a cement that might escape and wreak havoc with my spinal cord and surrounding vertebra.” He says, “I have two colleagues who perform the procedure, and I will refer you to one of them if you would like.” You will note that, if I hadn’t made some suggestions, only one treatment would have been proposed, and it wouldn’t have been the preferred one. He showed no empathy, volunteered little information, and became impatient with questions. In other words, he behaved like a typical doctor except for the groaning and head-holding part, idiosyncrasies that brought his grade for the visit down to a D+.

If you’re new to being a patient, you need to know that you can get better treatment if you take an active role in researching every aspect of your problem. Here’s why:
1) You will better understand what your doctor is talking about, and you will know what questions to ask in response.
2) Your doctor will take you more seriously even if he resents your unwillingness to treat him like a demigod.
3) Doctors sometimes fall behind on the latest research, so it's possible that they might learn from you.
4) Doctors like to stay within the confines of a limited number of well-beaten paths that they can walk without thinking, and this means that they tend to employ a surprisingly limited number of drugs, tests, and procedures.
5) Doctors tend to know little about treatments that fall outside their area of expertise.
6) You’ll be less likely to submit to a dangerous and expensive procedure that offers little if any promise of helping you.
7) If you run into an authoritarian doctor who takes the attitude that, “I AM A DOCTOR. How DARE you learn on your own; how DARE you question anything I say; and how DARE you suggest other treatment possibilities,” it will enable you to find a good doctor sooner.
8) You will feel strong, smart, and in control.
9) You will gain interesting knowledge that you can use to your own benefit and the benefit of others.

On the downside, it’s emotionally difficult to assume what verges on an adversarial relationship with your doctor, but, sad to say, the alternative is oftentimes to allow your doctor to run all over you by treating you like you’re worthless and stupid. Obviously, not all doctors are callous, arrogant, unsupportive assholes, but based upon my experiences with scores—at least—of them, I can but observe that most are. Yet, you need them, so the trick is to find a way to relate to them that is as beneficial to you as possible. I’ve learned that this means taking an active role in your own care even if they don’t like it, and being willing to find another doctor if they dislike it enough that it’s impossible to work with them. If this should happen, it won’t be your fault. You will simply be doing what your doctor gets rich from charging hurting people for, which is to see that they get the care they need.

A relative named Patsy broke her back at the same time I broke mine, only her break seems to have left her in considerably more pain. Her doctor prescribed Vicodin, a weak painkiller, that would have been adequate even if it had worked, which it didn’t due to the fact that it made her too sick to take it. So, what does her doctor do when she tells him she can’t take her medicine? Nothing. Despite the fact that he had myriad painkillers to choose from, he left her in pain for no fucking reason. If he had been my doctor, I could have proposed a half-dozen alternatives off the top of my head, but because Patsy knows nothing about pain control, or medicine in general, or how doctors tend to behave, she went home assuming that this man whom she had gone to for help when she was frightened and in pain, had done his best to help her and was out of options. This is what happens to people who are ignorant or passive, and Patsy was both. I can find a lot of reasons to mistrust and despise doctors and very few to regard them positively. So, yet again, I will tell you that you have to look out for yourself. Ironically, you need strength the most when you have it the least.
Posted by Snowbrush 20 comments: