On to the weather 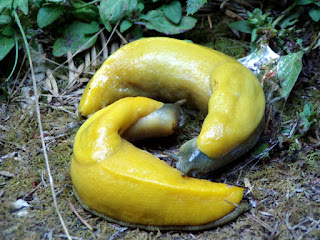 Meanwhile, the Willamette Valley (where I live) will be under total cloud cover with almost daily rain or drizzle, and this will continue practically all day everyday for months, so we too see a lot of flooding. I don’t know why people even bother to build houses in many Valley or Coastal areas because those houses are so clearly going to either be flooded, tumble off a cliff, fall into a river, or be buried by a mudslide.

The inland mountains get high winds, low temperatures, and heavy snows, but they can also get a lot of rain. Rainy winters reduce fatalities because no one wants to go to the mountains, but they also bum skiers, snowboarders, and lodge owners. Peggy loves to ski, and is a major fan of snow as scenery. I wouldn’t ski if you paid me (unless you paid me a lot), and snow gives me the willies. Any day that I can’t look out and see bare ground seems like a sick and twisted sort of day to me, and I think it’s a cruel and perverse climate that does such things.

Moving on to the two-thirds of Oregon that’s desert, snow depth depends upon elevation. I would guess that most of the desert lies above 4,000-feet (1.2 km), but some of the mountains are over 10,000-feet (3.0 km). The desert often gets really cold.

What I’m trying to say about winter in Oregon is that it comes in a lot of different forms, all of them damnable. Now compare that to my home state, Mississippi. You could hear the forecast for your area, and go to bed bored in the knowledge that your weather was going to be almost identical to the weather of everyone within 200 miles (322 km). When my father moved from Mississippi to Oregon, he was old and didn’t hear well. This made it difficult for him to know which of the many TV weather forecasts was the right one for our area, so he would sometimes amaze us with forecasts of several feet of snow or 120 mph (193 km/hour) winds, things that we knew were unlikely for the Willamette Valley. This greatly reduced our reliance upon my father for accurate weather information.

After all of this, I still haven't told you about all of Oregon's different climate zones, there being at least two more that I know about.

The picture is of two of the Pacific Northwest's infamous and amorous banana slugs. They grow up to 9.8 in. (25 cm) long, and so provide an excellent reason for not going barefoot at night, and for watching where you step in the daytime.
Posted by Snowbrush 14 comments: