To those who say that people's religion is their business 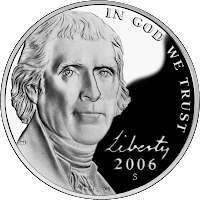 Peggy’s sister, Pam, is a morbidly obese diabetic who eats what she pleases and as much as she pleases. She won’t take insulin, check her glucose levels, or see a doctor. Pam can put away more food at one meal than I eat all day. If she dies suddenly, her death won’t be of much consequence to the taxpayer, but if she has a debilitating stroke, her care could cost millions.

Pam thinks that what she eats is her business. People who do drugs or drink too much think that is their business too. New York State has asked the federal government to prohibit people who are on the dole from buying soft drinks with food stamps, but food stamp recipients are up in arms. "What we drink is our business," they say.

Most states now require people in cars to wear seatbelts and people on motorcycles to wear helmets, partly because it is unfair to the taxpayer for them to take unnecessary risks on public roads. Many people say that such laws are unfair. They say that their safety is nobody’s business but their own.

How restrictive the government should be is not a simple question. For instance, should it ban cigarettes and junk foods? Should it outlaw skydiving and rock climbing? Should it send overweight people to fitness camps? Most of us would say no to such extremes, yet people’s risky behavior does harm the rest of society.

Government can’t successfully outlaw religion any more than it has been able to successfully outlaw certain drugs. Yet, those who hold that religion is a private matter overlook its public cost. They say that they don’t like proselytizing atheists anymore than they like proselytizing Christians, but I have the same right to criticize religion that I have to criticize Pam’s overeating. You might not want to hear it, and if ours was a one-on-one relationship, I would honor your request just as I have honored Pam’s request. But my blog is a public forum where I write about what is important to me, and opposing what I consider to be an irrational and destructive worldview is important to me.

But why do you single out Christianity?

Because I see it as the primary enemy of my own place and time. It is also the religion that has caused the most harm to me personally, and the one that I know the most about.

You mentioned the harm caused by smoking and overeating, so why not criticize them?

Everyone who smokes or overeats knows it is harmful because they’ve been warned by people who have a lot more expertise in these fields than I do. I usually avoid writing about politics for a similar reason. For example, I don’t think President Obama has done a good job, but I would be reluctant to debate the matter with someone who has studied the Obama presidency because I would look like an ignoramus. Only one reader ever said that I’m an ignoramus in regard to religion, but since he offered no evidence to support his assertion, I couldn’t agree with it.

I sometimes see a bumper sticker that reads, “If you’re not outraged, you’re not paying attention.” I remember that sticker every time someone tells me that religion is a private matter, and that I shouldn’t criticize it. Oddly, these are often the same people who have told me—based upon a spiritual insight they claim to have had—that all life is connected.

I agree with their “insight,” because it seems to me that there are few if any private matters. The only question is whether we use force or reason to oppose those who endanger the public. Both have their place, which is why we have policemen and prisons, but I wouldn’t prohibit anyone’s private observance of religion even if I could. If I weren’t discriminated against by Christians, compelled by my government to publicly support religion, and made to bow to the repressive laws that Christians have put on the books, I would have no reason to criticize Christianity. After all, the world is full of irrational beliefs that I consider unworthy of mention. You can avoid black cats, walk around ladders, throw salt over your shoulder, read your horoscope, swing crystals over your boo-boos, believe in little green men, or play with Tarot cards, and I will but pity you. As long as you don’t try to force me to support your beliefs, we can even be friends. After all, no two people are without their differences.
Posted by Snowbrush 30 comments: