A way that works for me 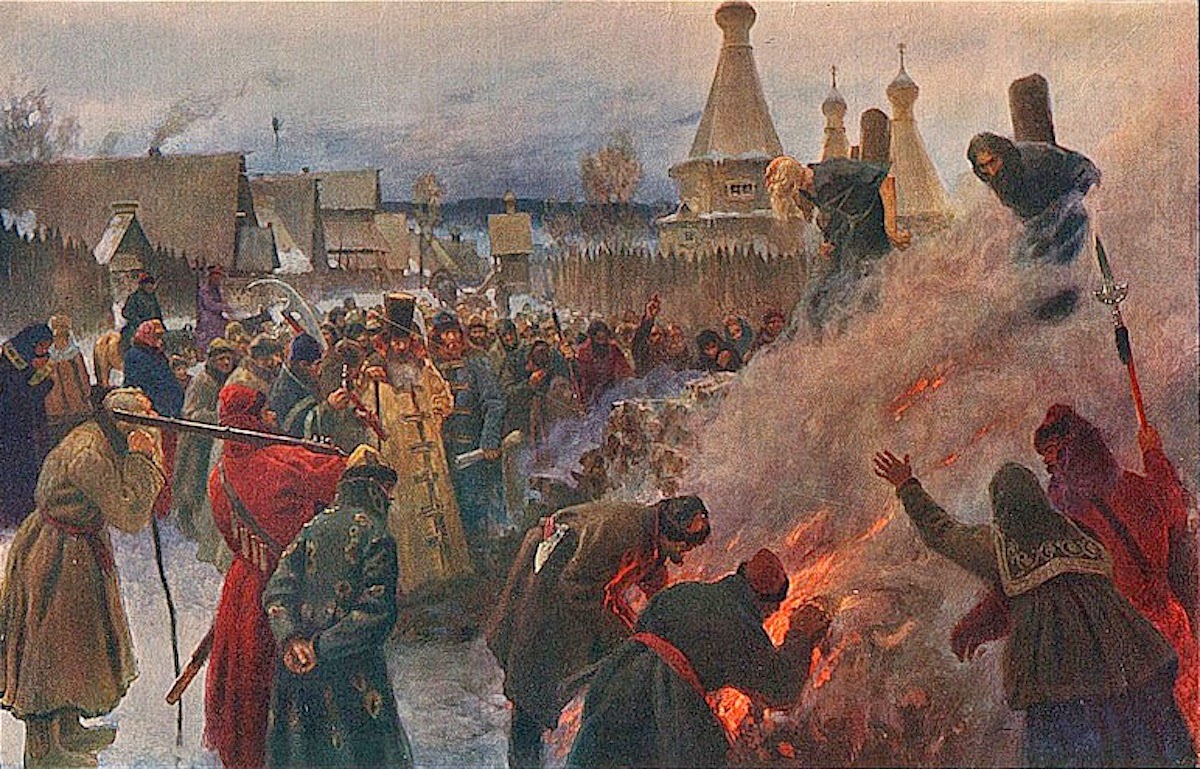 Two nights after my unhappy experience with the Methodists, I went to a class on the history of Unitarianism at, surprise, surprise, the Unitarian Church. I regard Unitarianism as a social club for rollicking extroverts, and this seemed true of last night’s class even while we watched slide after slide of “heretics” being burned at the stake in the name of a triune God. At one point the teacher asked the class of perhaps forty to name some current heresies. A young man immediately answered, “Atheism, as I’ve discovered from personal experience.” His comment elicited laughter and the nodding of heads. After four such serious answers, the man next to me said, “People who don’t use Facebook,” and a woman said, “My brother-in-law regards everything I do as heresy, but then he never really left the South.” Then someone pointed out that the church’s only Republican had recently left because his values were held in contempt, and someone else said that no one who opposed abortion would feel welcomed. Beside me sat a man in women’s clothes who was obviously welcome. So it is among Unitarians.

Again, I’m thrown back upon the fact that the Episcopal service is the only one that I enjoy, but—being an atheist and all—I’m no more of a Trinitarian than Michael Servetus and all those other Unitarians who were murdered, some of them by Anglicans. Of course, the Episcopal Church is now overrun by clergy who themselves would have once been burned for heresy, so the question is whether to do as they do and ignore the things I object to, or stay home.

I’m attending a Episcopal book group at Resurrection Episcopal that is currently reading a book entitled The Bible by Karen Armstrong. It was a gutsy choice for a church book group because she makes no assumption that the Bible was divinely inspired, and even points out its flaws so completely as to make divine inspiration seem incredible. I’m probably the only nonbeliever in the 10-15 member group and, until last night, its most loquacious member. The discussion started when a woman said she had had no idea that the writers of the gospels were such “spin doctors.” What she meant was that they tried to prove the divinity of Jesus through Old Testament prophecy despite the fact that many of the verses used had nothing do with Jesus and weren’t even meant as prophecy. Furthermore, the gospel writers often made things up.

There followed a period during which Father Brent and Alan, one of the more scholarly members, made a determined effort to convince her that none of this need be an obstacle to faith. I offer the following as a loose summary of what they said:

(1) The gospels were originally circulated anonymously, and the apostles’ names affixed to them much later. (2) It was commonly believed in Biblical times that affixing someone’s name to something he didn’t write wasn’t an act of dishonesty but a compliment to the person whose name was used as long as he would have agreed with the thoughts presented. (3) It was also believed that scripture was equally relevant in every age, meaning that verses which were written in ancient times about ancient events were seen as equally applicable to present times and present events. (4) The writers made up real world events as metaphors for internal changes. For example, people who felt spiritually healed by Jesus weren’t necessarily being dishonest when they made up stories about him healing people physically. (5) The first gospel, Mark, was written around 70 A.D. and the last one, John, around 96 A.D., and the slant of their writers reflect the events and concerns of those eras. (6) The fact that the gospels have survived and meant so much to so many attests to the fact that they contain spiritual truth even though they sometimes lack literal truth.

When Brent asked the woman who opened the discussion whether she felt that her problem had been adequately addressed, she said it had. I was incredulous, but I didn’t say as much because, after all, the problem had been posed and the answers, such as they were, given, so it was a case of every individual deciding whether those answers were adequate. I was consequently left to feel, as I often do among believers, that they live on one planet and I on another. Just as the Christians I knew as a boy would twist themselves into pretzels in order to maintain their belief that the Bible was true in every particular and entirely free of contradiction, so do I hear liberal Christians twisting themselves into pretzels in order to maintain their beliefs despite their awareness that the Bible contains so many errors, untruths, and contradictions, that it’s impossible to know what Jesus said or did. The most liberal among them avoid the problem by claiming that the real Jesus matters less--if at all--than the wisdom within the myth. Theirs is the only way that I can get anything of value from the Jesus story because it otherwise presents too many problems for me to take it seriously.

As I was writing this, I received an email from Brent. When I saw him at the book group, he suggested that I read C.S. Lewis (I had asked him for theological reading recommendations), and offered me a couple of his books. Not wanting to seem unappreciative, I didn’t say much at the time, but I didn’t take the books either, so I later felt the need to write to him and explain that I’ve read enough of Lewis to know that he represents beliefs that I’ve already rejected. Brent wrote back:

I totally hear you about the supernatural complications and the troubles with notions of a deity that expresses love and guidance... I struggle deeply with those ideas as well. What I can say is that there is room here for you; room for you and for your beliefs.  How that will manifest? I am not sure… The only thing I am sure of is that an open heart and an inquiring mind are the prerequisites to an authentic religious journey. It would seem that you have both. Once the dust settles after the next week of busyness, let’s get a cup of something hot and talk again.

I have no earthly idea what to talk about with Brent because, despite his openness, intelligence, and doctorate in religion, how am I to convey to him how different our paths are, or to share with him all the things that I’ve thought, experienced, and learned that he almost surely hasn’t? What I would want to say to him, I’ve spent years putting into this blog, so the prospect of even trying to approach the subject in an hour over coffee leaves me despondent. What I value most about his offer is simply that he made it because it counters my impression of priests as salespeople, and me as a poor candidate for what they have to sell. With the exception of Brent and a priest I knew in my twenties, I’ve not met a one who wanted to have anything to do with me. Truly, it’s not the grand gestures that matter but the small ones, things like an invitation to coffee….

How many believers have “an open heart and an inquiring mind” I wonder. Do I? I can but say that my heart opens and closes, opens and closes, and that my mind is ever at its mercy.
Posted by Snowbrush 24 comments: