What to do about Bikram 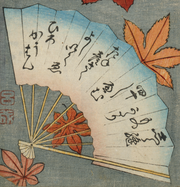 I visited a non-Bikram Yoga class today. The teacher spoke in soft tones while chants flowed from a CD and water gurgled from a fountain. A blue banner proclaiming Peace hung near a palm-shaped Japanese fan. The floor was imitation bamboo. We moved slowly from one posture (asana) to the next in the comfortably cool room. The teacher gave alternate asanas to a man whose arm was in a brace, and she inquired frequently about my knee. At the end, she led us in a five-minute meditation during which I giggled as I thought about the Bikram class that was being held a few blocks away.

There, the temperature was 105°, and the walls were blank except for floor to ceiling mirrors. The industrial carpet was striped so students could place their mats in even rows. The teacher stood on a platform as she unceremoniously led her students through 90 minutes of memorized instructions. She told them not to leave the room—not for water, not to use the bathroom, and certainly not to escape the brutal heat. She told them that misery was good. If they were like me, they constantly asked themselves whether they were sufficiently dizzy to justify lying quietly on their mats for the next asana. They hoped to god they would be able to survive the session without passing out and, when it was finally over, they had pounding headaches. With difficulty, they made their way to their cars and wondered if they could drive safely.

I missed my Bikram class today. I missed the clarity of memorized instructions as today’s teacher struggled to tell her right from her class’s right. I missed its pace and austerity, and I knew that if the room weren’t so damned hot that it would have my loyalty. I continually struggle over whether to ever set foot inside a Bikram studio again. It is easy to say, “Listen to your body,” but bodies prefer the status quo. I could do things today that I knew I couldn’t have done had I not put in a week in the Bikram heat. What is best for my body? I really don’t know. I do know that I would like for Yoga to be something to enjoy rather than to simply survive.
Posted by Snowbrush No comments: