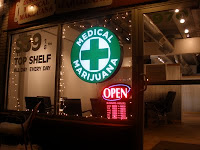 I am now living a life in which I am desperate for sleep. I don’t know why I’m in such pain, but since I felt similarly after my previous surgeries, only to eventually reach the point where I could sleep for up to four hours at a time, I can but hope that this time will be that way also. After all, I only had my third surgery nine weeks ago today.

Before my final awakening this morning, I dreamed that I flew bodily to the home of my friends—long since dead—Jim and Doris Bateman. I was so happy to have surrogate grandparents whom I could drop in on at any time that I cried, partly out of gratitude and partly because I couldn’t allow myself to believe that I was really welcome. When I awoke, I was desperate (it seems that I’m desperate about everything anymore) to have such people in my life again. I then realized that I do, really. I have Bella, and I also have a couple of elderly neighors who would love to have me visit. It’s not the same though now that I’m 62. Sadly, the time for grandparents is past.

I’m taking fewer narcotics because they don’t work well enough (outside of elevating my mood) to risk liver damage. Double doses of sleeping pills still deaden the pain enough for me to at least rest a little, although I worry far more about becoming dependent upon them than I ever worried about Demerol or Dilaudid. I’m still pursuing marijuana, and, because of my desperation, I have placed what is surely an inordinate amount of hope in it. Meanwhile, Obama just reversed his promise to not bust medical marijuana users, doctors, growers, and everyone else affiliated with the drug. Because Peggy is a nurse, I worry that she might lose her license simply by being married to me—sort of a collateral damage scenario. The waste, bigotry, and short-sightedness that is America leaves me aghast. I violate my conscience everytime I pay taxes. I mustn’t dwell on that though…. I see that the mailman just delivered my seventh medical bill of the week.

When I go to a doctor, I take along a summary of my problems so that I can express myself succinctly and not forget anything. The rest of this post consists of my summary from last week.

Treatments that have been of little or no benefit in relieving my bilateral shoulder pain:

It is a good night when I am able to sleep two hours in a row before the pain awakens me, at which time I have to take more pills, get a fresh ice pack, or stay up for awhile. The pain makes it necessary for me to sleep entirely on my back, but my middle back hurts so much in that position that it combines with the shoulder pain to keep me awake.

Before the onset of shoulder pain, I enjoyed yardwork and handyman projects; but I have to be very cautious about such things lest the nighttime pain becomes so bad that I am challenged to sleep at all. I also enjoyed camping, but the pain now prevents me from doing that as well. Life as I had lived it for decades ended in 2006.

I’ve spent 4 ½ months out of the past two years in a sling, and 4 ½ additional months during which I couldn’t lift anything heavier than a cup of coffee. Now, I’m facing at least one more surgery. As with other treatments, I will submit to it simply because I am desperate for relief and don’t know what else to do.

Burning pains in both shins was diagnosed by one doctor as complex regional pain syndrome and by another as syringomyelia. A third doctor disagreed with both diagnoses but didn’t have one of her own.

Raynaud’s Disease in both hands.

Advanced osteoarthritis in my left knee accompanied by a Baker’s Cyst and chondromalacia (a 2006 knee debridement failed to help).

An osteonecrotic C-5 vertebra that was initially thought to contribute to my shoulder pain, although a vertebral biopsy and a series of steroid shots to my neck failed to reduce the pain.

Sleep apnea for which I use a CPAP.