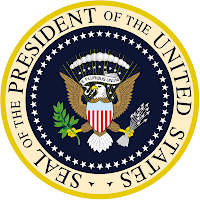 Saving the country seems like an awfully big job to lay at the feet of one man, but maybe that’s just how things work. Take the civil rights movement. Folklore has it that Martin Luther King, Jr. made it happen, and that Rosa Parks helped. I hate to think that’s true, but it might be. Sure, Schwerner, Chaney, and Goodman made a brief appearance, but they didn’t contribute so much by what they did as by the fact that they got shot and buried under a dam. Nobody thinks they were vital. Even Rosa Parks wasn’t vital; she just made good P.R. I know this because she wasn’t the first person to get arrested for refusing to give up her seat on a Montgomery bus; she was just the one selected to be the focus of the boycott. Why her? Because the first person was pregnant, single, and under eighteen. Oooh, bad P.R. Way bad P.R.

If, instead of individuals pulling together to accomplish a great work, history really is about charismatic visionaries and their expendable followers, that doesn’t leave a lot to be said for the rest of us. We can go along with someone else’s program or not, but we don’t ultimately matter. At best, we’re like individual privates in the military, mostly nameless, always expendable, and frequently dead. There were hundreds of thousands of WWII privates. Name five. There were a few hundred generals. Again, name five. See what I mean?

A part of me rebels against that. Maybe it’s a vain part that isn’t worth keeping, but I think of myself as more than somebody’s lackey. I also think that, well, if that’s the way the game is played, I don’t want to play it.

Maybe Obama truly is Kennedy and Roosevelt all rolled into one, and maybe we would be screwed without him. But that points to another of the problems with the charismatic leader theory of history. I mean, how can we trust that such leaders possess the goodness and wisdom to lead us someplace desirable? Look at Hitler. Germany adored him, and you know what happened to Germany. You might argue that Americans are smarter and more virtuous than Germans, but where’s your evidence?

I think those old Germans were simply people like us only in worse shape. They considered the future bleak, they felt desperate, and Hitler convinced them that he could restore them to greatness. No, I don’t mean to compare Obama to Hitler; I just mean to point out the danger of falling in line behind charismatic people. If you’re an optimist, you either have to trust charismatic leader types a lot more than I do, or you have to trust the thinking of the masses a lot more than I do. Maybe we really will prosper again someday, and maybe Obama really will be responsible for making that happen, but I hate it that we’re betting the farm on him because the next guy we bet the farm on might lead us to hell (which is pretty much what the last guy did). It makes my species look more than a little bad if this is the best way we can come up with to run things.
Posted by Snowbrush 5 comments: