So, tell me boy, what'd you wanna burn the woods down for? Did them squirrels do something to piss you off? 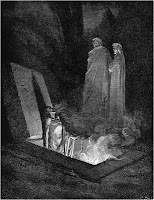 “Nothing lasts; therefore nothing means anything.”

I found this sentiment in the blog of a sixteen year old. I couldn’t have written it when I was her age because I still believed, despite serious doubts about the Bible, that life had an ordained meaning. I also lacked her insight into how quickly it is over. The years I had already lived seemed like a long, long time, and I anticipated living several times longer. I still felt as lost as she, but lost in a way that I didn’t know how to articulate—not that anyone ever asked. My best guess about how to deal with my lostness was to set the woods on fire. It seemed like such a crazy idea that I thought it would get me committed to a cozy mental institution where a fatherly psychiatrist could fix me.

Why this faith in shrinks? Did you know any?

No, I had never laid eyes on a first year psychology major much less a bona fide psychiatrist, but I had read Truman Capote’s In Cold Blood, in which a psychiatrist helped one of the condemned killers come to terms with his execution. I figured that, if a shrink could make a fellow feel okay about being hung before dawn in a Kansas prison, he could make him feel okay about anything.

I didn’t burn the woods down, partly because I didn’t want to burn the woods down, and partly because I worried that I would be sent to a reform school instead of a mental institution. For years, I continued to feel alone. Other people didn’t seem to share my angst, and my ever deeper and ever more raging questions about ultimate reality made me feel like a freak. I imagined that everyone else must have already found the answers I was seeking, and that their lack of apparent depth simply meant they were miles ahead of me, as if the rest of the world knew something that I didn’t. But, if this were true, I wondered, why wouldn’t they share the answers, and why did most of them seem so unintelligent?

I still feel alone, but it has moved beyond what I had thought was a remediable defect and into what I regard as the human condition. If you’re congenitally cheerful or believe in Jehovah, you might not feel it. Otherwise…

I wrote at length to the teenage blogger, pointing out that impermanence need not imply futility, although it does, in my mind, lead to sadness. All that I treasure, all that I protect, will be lost in a mere two or three decades. My photos, my writings, and the other artifacts of my life will, likely as not, end up in a landfill. Peggy will die, either a few years before or a few years after me, and in a few more years, all that we were and all that we did will be forgotten. These things will occur in roughly half the time we have already lived. If you can remain unerringly cheerful in the face of such a future, I envy you. I also suspect that you have embraced answers that are as groundless as they are comforting.
Posted by Snowbrush 34 comments: