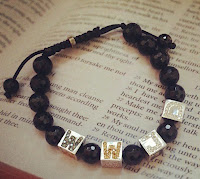 .
...in which I attempt to replicate American values, language, and mores.


It was during my sixth tour that an IED blew up my Humvee, killing everyone but me. I lost both legs, my penis, both ears, my right arm, my right eye, and part of my brain. That’s what I gave to the war effort. What did Bush, Obama, Congress, Wall Street bankers, or the American people give? When I heard that Bush wouldn’t let military caskets be photographed because he said it would upset people, I thought to myself, “And that’s a problem how?”

Better to be spied on by my government than decapitated in my bed by a suicide bomber.

Americans place vital importance upon conserving energy and protecting the environment. Americans also place vital importance upon having all the energy they want, when they want it, for any reason they want it, at the lowest price they can get it. It is my job as your president to insure that you have all of these things, and I will endeavor to do so even if every mountain in West Virginia has to be leveled and every species but our own destroyed.

As for those who can’t afford health insurance, the simple truth is that they don’t deserve health insurance. America is the Land of Opportunity, and if you’re not rich here, you’re either stupid or lazy.

Have you seen my new 14-carat WWJD bracelet? I had trouble choosing between five carats of diamonds and 3.5 carats, so I asked Jesus what he would do, and he said he would buy the 3.5 and use the rest of the money to throw a pool-side barbecue for his church.

Like all patriotic Americans, I take great pride in the fact that not a day passes but what our boys and girls aren’t dying in one war or another.

Like, you know, I decided to go to her fucking bridal shower, but, like, I didn’t see nobody I knew, so I just sat over in the corner and, like, got fucking wasted with her four kids. First thing I knew, we were all bare-ass-naked in the fucking bedroom.

Once I realized that most people who join the military are poor and ignorant, I stopped feeling bad when they got blown-up. The whole point of evolution is eliminating the inferior.

For the best in service, come to the Freaks ‘r Us Piercing Parlor. This month’s special is for tit-and-twat dumbbells in your choice of two or four ounce weights.

Make no mistake, America. We can, and we will, bomb the entire world into peace, capitalism, and democracy. If you question our willingness or our ability, I would refer you to the success we have already enjoyed in Iraq, Afghanistan, and the rest of the 14 major military operations in which we have participated since WWII.

Just because gunmakers design guns for the express purpose of killing people doesn’t mean they’re responsible when those guns are used to kill the wrong people. I mean, it’s not like they can install a mechanism to keep innocent people from getting shot.

If you have nothing to hide, you shouldn’t object to the government spying on you, and if you’re a real American, you won’t.

Jesus went to Israel the first time because the Jews were God’s chosen people, but now we are, so if he returned today, he would come here. Non-Americans can be Christians too, but it’s harder for them because God loves us more.

“He got so mad that he literally exploded.” “I know, but I can’t talk about it right now because I’m literally drowning in paperwork.”

Them Middle Eastern folks don’t think like we do. Maybe we should show them America at its best by taking them to a Crimson Tide game and seriously loosening ‘em up with a serious amount of Jack.

She said she doesn’t know who the father is, but she thinks he lives locally, although he might live out of state.

I had rather see every man, woman, and child in the Middle East die than for gas to go up a nickel a gallon.

The National Safety Council says that the 52% of fatal car crashes that are attributed to cell phone use should be closer to 75%, but the truth is that people are more interesting when they’re talking over a cellphone. That’s why me and my friends spend most of our time together talking to people who are somewhere else.

God tells us in Proverbs 10:22 that, “The blessing of the LORD brings wealth, without painful toil for it.” This is why I was able to earn enough money in three weeks through insider trading to buy a 20,000 square foot house with a tennis court, an Olympic-size pool, and a five-car garage. Of course, if my father hadn’t also served the Lord, I wouldn’t have inherited $850,000 with which to buy those stocks.
This will be her third baby to be taken by Child Welfare. She asked the doctor to tie her tubes after her last delivery, but he wouldn’t do it because she’s only 19. If she gave up meth and got some dentures, maybe she could get her kids back.

Join the Tattoo-a-Month Club at I Look Like I’m Covered with Dirty Motor Oil, and get ten years for the price of twelve.

At this point in time, we don’t have reason to think that the Middle East’s war-of-the-week will spread to Antarctica, but we might, at some future point in time, borrow money from China and bomb them anyway just to be on the safe side. After all, it is America’s job as Leader of the Free World to insure that all nations live peaceably.

The only way to reduce our high murder rate is to require that every American over the age of fourteen carry a gun and know how to use it. That way, the bad guys won’t dare start anything.

I want to order your two-pound Heart Attack Burger, a double order of Oil Spill Fries, a 64-ounce Coke, and 12-ounces of sugar-glazed hog lard with caramel sprinkles.

Some say that obesity is an epidemic, but we here at Charmin consider it a gift from God because the fatter people are, the more surface area they have to wipe and the more tissue they need to wipe it.

Mr. President, with every last man, woman, and child, in this great nation of ours in public debt to the tune of $53,000, we are rapidly approaching insolvency. I therefore propose that we lower taxes on the few rich people and corporations that still pay taxes in the hope that, if we’re nice to them, they will be nice to us.

When we outlawed school prayer, we threw God out of our schools and invited Satan in. That’s why we’re overrun with queers, shooters, tornadoes, heat waves, floods, hairycains, snowstorms, venereal diseases, and forest fires. It’s also why we can’t never seem to win no wars no more. Throw a thimbleful of dirt at God, and God will throw Mt. Everest back at you.