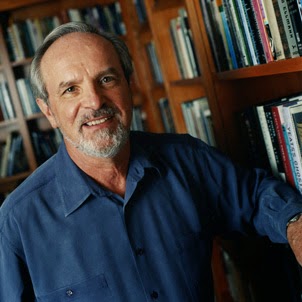 I usually criticize conservative religion because it represents the greatest threat, and not because, as some believe, I’m ignorant of liberal religion. As one who would like to have some form of religion in my life, but who long ago rejected the conservative faith of his childhood, I have been a Unitarian; read quite a few books by religious liberals; and was the target of my liberal sister’s proselytization efforts for decades. My most recent book by a liberal was A Religion of One’s Own by Thomas Moore (pictured), which came out this year. The first thing I did upon finding it at the library was to turn to the index and count the references to God. I was surprised to find that God only appeared on pages 14-16 of the 272-page work, but this was the part of the book that I spent the most time pondering because it represents the views of millions of religious liberals, served as a source for this post, and because I considered his other thoughts obvious.

“Jesus walked on water,” says something, whereas,

“The best way…keeps the reality of God, but emptied of our ideas of who or what God is…” is so devoid of value that I suspect Moore of writing it without reflecting upon its implications. For to believe in a God about whom one can have no conception means to believe—without the least evidence—in a God that might be good, but then again, might be evil; a God that might be compassionate, but could just as easily be bloodthirsty; a God that might be sentient, but could be an unconscious force, and so on down the line through every conceivable characteristic, including existence, because to affirm that God exists is to hold at least one idea about “who or what God is.”

“God is in the space between sentences. God is the unspoken and the unwritten…God is a sphere whose center is everywhere and whose circumference is nowhere…You look until you see nothing tangible, and that is God.” (Moore)

What is the difference between a God about whom nothing can be said—and therefore might not exist—versus atheism, and why pray to such a God (“I’ll speak to God out of extreme need”), prayer being an act that surely implies belief in a deity that is conscious, loving, powerful, omnipresent, compassionate, and fluent in human language? Just as Descartes claimed to throw out all knowledge except for a belief in his own existence, and from that one belief to completely rebuild his identity as a white European Catholic male of a certain age, height, weight, number of teeth, and so forth; I doubt Moore’s honesty when he prays to that about which he insists nothing can be known. Such contradictions are common among liberals.

Various liberal churches teach a course entitled “Living the Mystery,” in seeming unawareness that its synonym would be “Living the Ignorance,” mystery being but a euphemism for not knowing. Those who use the capitalized word believe they have a greater spiritual awareness than the rest of us, but of what does their awareness consist? I don’t know despite having tried awfully hard to find out, and my considered opinion is that it’s simply a case of the emperor having no clothes. Liberals themselves would see it as akin to Gnosticism—not that they use the word—in that, if you’re on the inside of the movement, you get it, but if you’re on the outside, it just looks like silliness.

Not every liberally religious person would agree with Moore on every point (he doesn’t identify himself as a Christian for one thing), but all share his vagueness. My sister often said to me, Your problem is that you’re stuck in the teachings of your fundamentalist childhood, and this causes you to think that either a great many things can be said about God, or else God doesn’t exist. My response was that if some universally benevolent being or force that is deserving of the title God really does exist, then surely its existence would be so obvious that none could doubt it. To simply say, as she did, that I define God as the universal impetus toward good, and my goal is to align myself with that good, strikes me as no different from secular humanism except in its unfathomable insistence on retaining the word God.

Like conservative Christianity, liberal Christianity holds to the parts of scripture it likes and disregards the rest. For example, it’s big on the story of the Good Samaritan but silent on “Put every man, woman, child, and animal, to the sword, but keep the young virgins for yourselves.” How do liberals justify this? About some things, they deny that God (however defined) really said them; others, they identify as metaphors. Fine, but how do they know what “God” really said, or what God’s numerous genocides, wanton murders, and other atrocities, are metaphors of. Metaphors are only useful inasmuch as they relate to things that exist in reality, but liberal Christians mostly use them to clarify other metaphors, and this makes them substitutes for reality rather than definers of reality:

“What is God?”
“God is the ground of being.”
“What does that mean?”
“It means that God is the soil, and we are the seed.”
“I still don’t get it.”
“God is the substance in which we live and move and have our being.”

I see no reason to think that vagueness, ignorance (aka Divine Mystery), and endless metaphors, constitute heightened spiritual awareness, and in every field but religion, even religious people regard them as muddled thinking and therefore as impediments to truth. I think of liberal religion as what’s left when everything has been taken from religion except the need to believe. By claiming that vagueness, ignorance, and metaphor, represent spirituality, liberals leave themselves less open to attack simply because there’s so little to attack. Talking with them is like biting the air in that you’re free to do it all day, but why would you? Maybe they can’t help it. Maybe there really is a gene that tends toward religious belief and is weak or absent in those who lack such beliefs. If so, it’s not to the blame of the one or the credit of the other, but is merely a fact, although I would consider it a regrettable fact in the case of believers and among those who, like myself, can neither believe nor escape the impulse to believe if only to cope with a life of endless pain.

I find that the only direction one like myself can go is toward liberal religion, yet I am no more welcome there than I am among conservatives because most liberals regard my unwillingness to use their terminology to prove that I’m unworthy. As Moore put it:

“Atheism tends to be nothing more than yet another too-earnest religion with the added problem of being excessively rationalistic.”

This by the same man who believes in a God about which nothing can be said. In my wide experience, most liberals regard atheists as excessively rationalistic based solely upon the fact that they are atheists (agnosticism being an acceptable alternative), it never occurring to them that the terminology might simply be different. I say this because when I get beyond the God-talk, I find little in liberal writings with which I disagree. For example, Moore’s admonitions to appreciate beauty, cherish the moment, help other people, and find depth in the commonplace, are characteristics of sensitivity and maturity rather than theism, yet he relates them to theism and believes that atheists are less than because they don’t use the word God, a word about which he himself has such reservations that, “I sometimes just use the letter G.” Why, having abandoned two of the three letters is he hell-bent on keeping the third? I know it matters to him because if it didn’t, he wouldn’t insult those who have abandoned the third, not that he thinks any more highly of people who believe in a God whose attributes are knowable:

“We need to grow out of that kind of religion….I don’t want to make little of God by pretending God is a ‘he’ pulling strings in the sky. I’d rather not use the word if it’s going to be so small and inadequate.”

Terminology is to liberals what dogma is to conservatives in that conservatives imbue words with meaning and require that the meaning be accepted, while liberals take meaning from words, and require that the words alone be embraced. Frankly, I don’t much care if liberals believe in a God whom they define as the impetus toward good, or the spirit of love, or that about which nothing can be known. So that I won’t portray myself as more tolerant than I am, I should add that I can’t begin to fathom the adoration that many of them feel toward Christ, and I find their devotion to the word God so lifeless that it troubles me in the same way that I would find it troubling if someone freeze-dried their dead cat, set it on a pillow, and insisted that everyone go along with them in pretending that it was alive. Yet, we all have our little oddities, and I wouldn’t reject them because of theirs, but they do reject me because of mine (it’s easier to be rejecting when you’re not in a tiny minority). I prefer liberal theism to conservative theism only because liberals are unlikely to openly oppress me, but their contempt for atheists is no less complete. It’s just less understandable.
Posted by Snowbrush 21 comments: