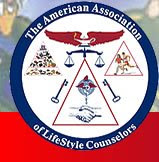 I took ten Yoga classes under five teachers in two weeks before signing up with Jay, the husband of a nurse with whom Peggy works. His big muscles and shaved head seem more appropriate for a skinhead than a Yoga teacher, but he is a good teacher and—I believe—a good man.

I still have my membership at Bikram, but was unable to convince myself that working in 105° heat was a good idea. I joined because of the recommendation of one doctor (Bob Arnot of television fame), but was unable to find other laudatory sources. My orthopedist said that the heat would strain a person’s heart. I don’t know what the truth is, but I do know that I would have to be utterly convinced of its wholesomeness before I could force myself to stick with a program that I find so distasteful.

I also went to a free session with someone who calls herself a healthful lifestyle counselor. We spoke for an hour about my arthritis, sleep apnea, spirituality, family history, and other things. She charges $195 a month (with a six month minimum) for two sessions per month but offered to knock the price down to $145 if I signed up on the spot. I would not have enrolled anyway because she was so obese that she had trouble getting out of her chair and because she had little to offer, so the sales pressure was like running over a dead snake except that it demoted her ethically.

She is the second such person I have consulted. Ten years ago, I went to another woman, one who had shelves of dietary supplements that she seemed eager to sell. Her ad boasted of the dozen books she had written but failed to mention that they were in the form of eighty page Xeroxes.

Today’s consultant even threw the title Reverend into her mixture of revenue options. Her ordination was by the Non-Church Church, which she described as a religion that encompasses all other religions. I thought this must be pretty hard to pull off with sects that are violently opposed to being encompassed, but I didn’t say anything. Neither did I mention the seeming irony of the fact that, if her religion encompasses all other religions, that
Posted by Snowbrush No comments: