"My Great and Unmatched Wisdom"


Soon after tweeting that he was about to withdraw American support from our longtime allies in the fight against terrorism, the Kurds (who live in the part of Syria that is adjacent to Turkey's southern border), Trump wrote another tweet: "If Turkey does anything that I, in my great and unmatched wisdom, consider to be off limits, I will totally destroy and obliterate the Economy of Turkey (I’ve done before!)."

The next day, Turkey's president, Erdoğan, began shelling and bombing the Kurds while announcing plans to send 3.6 million Arab refugees (who now reside in Turkey) to build permanent homes in the Kurdish homeland. As Kurdish troops moved to the border to meet the coming Turkish invasion, Islamic State prisoners were left lightly guarded. When a reporter asked Trump, "What if ISIS fighters escape and pose a threat elsewhere?" Trump responded, "Well they are going to be escaping to Europe, that's where they want to go." (There has since been one escape attempt.) Erdoğan, when criticized by the nations of Europe for the Turkish invasion, said that if Europe didn't back down: "We will open our borders and send 3.6 million refugees your way."

Trump's latest action marks the first time that I remember him receiving even token criticism from high-ranking Republicans, yet it has caused the support of his base to actually increase, and his base will do all they can to defeat any candidate who isn't solidly behind Trump. During his first few months in office, I imagined that when his base realized that Trump was a dictator wannabe, they would turn against him, yet the more brazen he becomes, the more they adore him, and the less place there is in government for anyone of his party who does not at least pretend to do likewise. I interpret this to mean that while both they and I understood what kind of a man Trump is, but that they liked him that way. The only good that has come from this realization is that I have a better idea what Germany was like before Hitler killed off his opposition.

Last year, someone in Trump's administration wrote a letter to the effect that, yes, the president is deranged, but there are those of us inside the administration who will continue to work to minimize the damage.** Since then, Trump loyalists have eliminated all such foot draggers, and Trump himself has either fired or forced out eighteen cabinet members (the cabinet is the president's inner circle of department heads) who dared to disagree with him. This means that his most significant opposition now comes from Congressional Democrats but, in the short-term, there is little they can do. In the long term, the effectiveness of their criminal investigations are unknown, and their impeachment effort is unlikely to succeed simply because Republicans know they won't be re-elected if they support it. It is also feared that our already unstable president might react to the culmination of any threat to his power by calling for civil war. In fact, he has already indicated that he will do so.


* This is the same Erdoğan who frequently talks to Trump on Trump's private cell phone, and whose bodyguards have twice gotten away with beating non-violent American protestors on American soil. 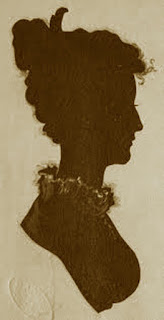 When I asked my sister for help with constructing our family tree, she demurred, saying that the study of genealogy gives ancestors “...a kind of aura simply because they’re dead.” I would substitute stench for aura.

When my grandfathers wanted to raise hogs, they paid for sows; when they wanted foals, they paid for mares; when they wanted children, other men paid them to take away their daughters. When those daughters died in childbirth—as they often did—other fathers paid my ancestors still more money to take away their daughters. By the time Peggy and I were married, dowries had been eliminated, but the parents of the bride still got stuck with the cost of the wedding, the implication being that girl children were so worthless that their parents should have to pay to be rid of them.

The only aura that I paint around my dead relatives is around old maids for having the guts to buck a system that held women in lower esteem than hogs, and portrayed independent women as desperate, ugly, unloved, and unhinged because, clearly, all normal women wanted nothing more than to accede to God’s curse on their gender by spending their short lives pregnant and under the domination of a man. While so-called “confirmed bachelors” never sank below old maids in society’s estimation, unmarried people of both genders were regarded as pathetic creatures that nobody wanted, and this remained true during my boyhood. Upon being told that a woman was an old maid, I would immediately wonder what was wrong with her.

It was only when I began studying genealogy that I learned enough to grieve over the ill-treatment endured by my unmarried aunts and uncles. I was even reduced to tears by the life of my great great aunt Sarah Jane Newby (1831-1882), an Alabamian who openly criticized the “Southern Cause” (a euphemism for rich men’s right to own black people). Sarah Jane’s bravery would have been lost to posterity had the Union Calvary not come along one day and taken “a valuable sorrel mare sixteen hands high” out from under her. In her post-war petition for reimbursement, Sarah Jane swore that she shed tears of disapproval when the South seceded; did her utmost to dissuade her three brothers from joining the Rebel army (all fought and one died); gave the Union army material assistance; and denied help to the Confederacy except when compelled to cook for its troops. One of her witnesses described her as a quiet woman who made no secret of her loyalty to the Union, and added that only her gender saved her from being assaulted.

If anyone deserves an aura—if not a halo—it’s not my male grandfathers who quoted racist and misogynistic Scriptures to justify their abuse of women and black people; it’s my unmarried aunts who said Hell no! to the prospect of staying pregnant for nine months out of every year until such time as pregnancy killed them, following which a second—and oftentimes a third—two-legged brood mare would take their place in bed in order to bring to fruition the manly desire to father as many boy children as possible in as short a time as possible.

Ah, but I haven’t mentioned my early 19th century West African grandmother who was raped by one of my grandfathers, nor have I made reference to the slave men who fathered their young in the knowledge that they would be the property of my grandfathers from the moment they drew breath. When asked about this in the 1930s by a “Federal Writers Project” interviewer, one of my ancestor’s slaves said:

“No, not any weddin’s. It was kinder ‘dis way. When dere was a good nigger man an’ a good nigger woman, the Marster would say, ‘I know you is both good niggers, an’ I wants you to be man and wife ‘dis year an’ raise little niggers because then I won’t have to buy ‘em.’”

Paint auras around my ancestors? The more I learn, the more I distrust the men and pity the women. While men like William Lloyd Garrison were struggling valiantly for gender and racial equality, my male ancestors exhibited no more compassion, morality, and respect for the rule of law than a Trump supporter. But would I not concede that, just maybe, some women—and even some slaves—were happy with their lot? Would you be?

That question aside, I will concede that if the oppressed were so beaten down as to believe that God ordained their oppression and would reward them in heaven, perhaps they were happy. I will even concede that most of my male ancestors honestly believed that God willed it that they rule over women and black people. I came to this conclusion upon finding deathbed wills that contained such provisions as, “I give and bequeath to my daughter, Elizabeth, one bay horse and one slave named Polly, to belong to her and to her heirs forever.”

But is it worse to do evil while thinking it is good, or while knowing it is bad? I suspect the former because where there is no awareness of wrong, cruelty becomes unrestrained and repentance impossible, which is why members of the Islamic State can douse caged prisoners with gasoline and burn them alive.

I have found little obvious heroism among my kin aside from the fact that they somehow found the strength to repeatedly survive the deaths of their children. While it is indeed possible to cry over old census records (I have done so), such sources tend more toward cold factuality than emotional revelation, and so it is that one can only probe the heart of most ancestors by reading between the lines. The fact that her courage and sense of fair play was right out there for everyone to see is why I so respect my aunt, Sarah Jane. Sadly, I can’t even find her grave.
Posted by Snowbrush 12 comments: