The most dreaded letter 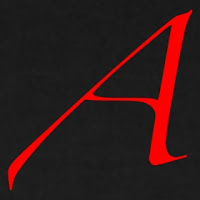 I became so enamored of Episcopal bishop John Spong’s “non-theistic” Christianity that I started attending a midweek Bible class at a liberal Episcopal church. I knew my atheism represented a major difference between myself and most, if not all, of my classmates, so not wanting to misrepresent myself, I gave my blog address to everyone (I had just posted twice about atheism), and asked them to let me know if they had any questions. They didn’t. I was surprised, but I realized that, from their perspective, I might have shared too much too soon, or that my blog wasn’t their cup of tea, or that they hadn’t even looked at it. But, after decades of having Christians react to the A word as if I had dumped a bucket of cold water over their heads, my best guess was that their warm welcome to me had just been irrevocably withdrawn. I attended the next class, but I had no idea what anyone was thinking.

Last week was the week from hell that I wrote about in my last post, so I emailed the priest who leads the class to let her know I was too sick to attend. She expressed her concern, but I had thought that, perhaps, others would too given how sick I was, and when they didn’t, my doubts about whether I was welcome became that much greater. Now, I don’t know if I’ll go back. If I do, I’ll worry that I’m imposing myself on people who don’t want me around, but if I don’t, I’ll wonder if my expectation that they would reach out to me regarding my health and/or my beliefs were unrealistic. If that’s the case, when and how should I have shared my atheism? Should I have waited a year and told only those whom I thought could handle it, as if it were some humiliating secret that only close friends should know? And why would I, an atheist who has no interest in conversion, have gone to a Bible study in the first place? I’ll tell you.

*Whatever else it is, the Bible is an interesting book, and I enjoy studying and discussing it.

*I value community with those who ask serious questions.

*Living with pain is hard, and I need support.

*Instead of isolating myself from people who think differently than I, I want to seek them out and find the good in them.

*I want to hear what religion means to people. The fact that I don’t believe in it doesn’t mean I’m uninterested.

*I want to learn whatever Christians of depth and maturity might have to teach me about matters of importance such as patience, forgiveness, fortitude, and compassion.

*I want to serve as a bridge between believers and non-believers, and with this in mind, I saw my attendance as a gift. I even fantasied myself hosting a meeting in which I answered questions about atheism--and why I became an atheist--that is if anyone cared, and it was hard for me to imagine that they wouldn’t, not that what I imagine necessarily has any bearing on anyone else’s reality.

*I enjoy elaborate rituals and beautiful sanctuaries, and no church ever pleased me more in these regards than the Episcopal (not that I imagined I would attend services much).

*I admire the Episcopal Church for its willingness to take unpopular stands regarding women’s rights and homosexuality. So far as I’m aware, no other church in the Anglican communion has half the guts, compassion, or devotion to justice of the American Episcopal. As it is treated by its fellow Anglicans, so are people like myself treated by nearly everyone, and this gives me a feeling of kinship through oppression.
If I’m right, and I’m no longer welcome at St. _____ because of my atheism, does this not suggest that the church serves as a fort behind which timid believers huddle in fear and loathing of the Great Beast of Secularism that threatens their tenuous faith? I am but one atheist, and I went to them on their turf and on their terms (meaning that I would show respect for their beliefs). Where is their love for people such as I? I really don’t know. Maybe it was there, and I didn’t see it (not after sharing the fact of my atheism anyway); or maybe they didn’t show it because they didn’t understand how awkward it was for me to reach out to them; or maybe my sensitivity caused me to imagine rejection where it didn’t exist; or, just maybe, they really would prefer that I not come back. Having never known a Christian (except on this blog) who wanted to be my friend once I said I was an atheist, I think I have my answer. Yet, having felt kicked around by Christians since I was a teenager, I’ve come to expect more of the same, and this makes it almost impossible for me to know how to approach them or how to interpret their behavior when I do. All I know is that when I have nothing to go by but my feelings, I can but go by my feelings, and my feelings are that something isn’t right.

Obviously, the people whom this is about might read it. I would never write about someone in order to influence them, but by the same token, I realize that I can never assume that any given person who ever had the address of this blog isn’t reading it regularly even if I haven’t seen him or her in years. It is simply my resolve that this not influence me in the least. Otherwise, my reason for writing would be defeated.

It is now the next day, and I’ve been thinking about your comments. I realized as I went through them that I was, subconsciously, putting these people through a test. That made sense on one level because it offered the possibility of clarifying my situation in a hurry. But on another level, it was appallingly cynical, like saying, “I'm so convinced that you’re not worthwhile, that I'm willing to risk blowing you out of the water by giving you an exam five minutes after we meet."