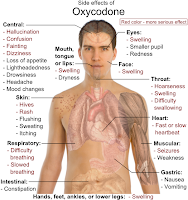 I saw an abandoned rubber tree by a curb a few days ago. It was big, ungainly, and in a broken plastic pot. I didn’t want it, but I was touched by how tenaciously it clung to life, so yesterday I biked back to see if it was still there. It was still there all right, still on its side. As I stood looking at it, I thought, what the hell, I’ll just bike it home. Having to hold so much weight in one hand was a problem, but wind resistance was an even bigger problem.

I live in an area in which large loads are often seen on bikes, but never have I seen anyone with a rubber tree. No one else I passed had either, I suppose. First their mouths would drop open, and then they would laugh. There IS something funny about a rubber tree, even when it’s not being taken for a bike ride. “Oops, there goes another rubber tree.”

I went on a raw food diet six days ago. I ate mostly raw foods for years in the ‘90s, but I eventually got bored and went back to a regular diet. Now that I am in pain all the time and looking at multiple surgeries in addition to the four I’ve had in the past 18-months, I decided to go back to raw foods for a month and see if I can tell any difference.

It’s hard to eat enough raw food to keep weight on, so I’ve dropped from 169 to 163. I also feel positively stoned. It’s like looking at reality from a different and more interesting angle. I used to feel the same way when I fasted. Fasting brought me in touch with an inner purity that made it hard to eat again.

Raw foods aren’t exactly effervescent, but they do sparkle in my mouth.

Yesterday, I went to see Mark, my orthodpedic surgeon, for my six-week appointment. I’m 5 1/2 months out from surgery on my right shoulder, but still in pain. Here’s part of what I wrote to him by way of an update.

The pain is such that I can no longer exercise even with three pound dumbbells.

The pain is appreciable at night and mild during the day (most days the joint just feels a little stiff; other days, it hurts all day). The pain becomes worse the longer I am in bed.

The left shoulder also keeps me awake at times, especially if I’ve been active. My middle and upper back also hurt a great deal. I bought a Temper-Pedic type mattress, and that seemed to help for a couple of months, but now the back pain is worse than ever and bothers me no matter what position I am in. I anticipate a move back to the recliner if it gets worse.

I need two prescriptions. One for Percocet [oxycodone and acetaminophen] and one for Restoril [a sleeping pill]. I take two to three Percocets most nights, and I change ice packs every 1 1/2 to 4 hours. I also take Benadryl for the itching caused by the Percocet, but it still interferes with my sleep. Since acetaminophen now appears to be a greater health risk than formerly believed, I would prefer straight-up oxycodone.

Both the Percocet and the Restoril have the added benefit of helping me to avoid going into a funk when I wake up in the middle of the night and brood about my shoulder problems.

He blamed arthritis for the continuing pain in my right shoulder, injected it with cortisone and lidocaine, and said I will need a joint replacement within anywhere from a few months to a few years. I said I still wanted to have surgery on the left shoulder this year, and he said that would be fine if we can get rid of the pain in the right one—otherwise, he’ll operate on it instead.

Mark seemed to be leaning toward a full-joint replacement because the partials have a 20% chance of failure within two years. He said he wouldn’t consider a full replacement as a first option if I was twenty years younger. I told him not to consider it now either.

Mark has a new baby and said he was sleepy. I hope he’s getting better rest before my next surgery. Peggy said not to worry because medical people—she’s a nurse—are used to rising to the occasion no matter how they feel. I found little comfort in this, partly because mine will be a complex surgery. The bottom-line though is that I trust Mark. I don’t care how dire a situation is, if you trust your doctor, it makes it seem about half as bad. If you don’t trust your doctor, you’re screwed, especially if your doctor pool is limited.
Posted by Snowbrush 40 comments: