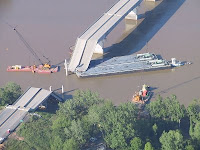 Likewise, she sometimes treats the dogs in ways that seem insensitive to me, and I sometimes treat the dogs in ways that seem insensitive to her. In other ways, I am nicer to them, just as she is nicer to them in yet other ways. It’s not that one of us cares more; it’s simply that we possess different personalities and are at different places in our understanding. It takes a great deal of closeness to understand this and to let it be okay, and I have not found that closeness with anyone else.

My oldest and dearest friend told me recently that, after 22 years of doing so, he no longer wants to read my writing. He first said that this was because he has too little time to check his mail, but he later indicated that he simply doesn't find it sufficiently interesting. I was hurt and dismayed because no one can be close to me and not read my writing. I didn’t tell him this (I rather assumed he knew it) because what good would it have done? Would I really want him to do that which he had said he was opposed to?

I used to assume that all human difficulties could be resolved with adequate communication. Hardly. Our individual needs are too different and too contradictory. At another time in my life, I was prone to write people off as worthless if they let me down. That too was an extreme position. It is better to simply accept what others offer without complaint and without asking for much else.

I’m not saying that this is easy. As with my friend, I have yet to work out an acceptable way to relate to him at all, but he, not suspecting the depth of my disappointment (and never being terribly sensitive despite his training as a counselor), doesn’t appear to have registered the change.

What I have found from past experiences in which I have withdrawn to some extent from another person is that they sometimes respond by trying to draw closer to me. But there was no possibility of reciprocation on my part, chasms being more easily opened than bridged. So it was that we each had a cross to bear. Their cross was my withdrawal. My cross was the continuation of a friendship that served as a constant reminder of what I had lost.

The secret of a good life lays not so much in working through disappointments with other people as in learning to live gracefully in the presence of those disappointments.
Posted by Snowbrush 7 comments: