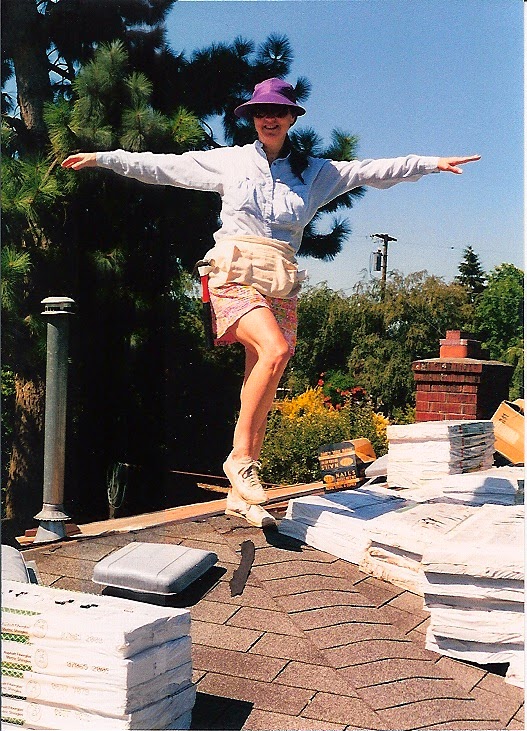 As Peggy and I age, she’s becoming social and I’m becoming isolated. This is a reversal of how things have been for much of our 43-years together. I attribute it to two primary factors. One is that chronic pain has robbed me of much of the pleasure of socializing, and the longer I live a solitary life, the less thinkable it becomes that I would even try to be around people I don’t already know. Another is that Peggy’s interests and hobbies have gotten her out among people more, and since she makes a loyal companion, she has slowly accumulated friends.


Peggy just left for her last day at work as a labor and delivery nurse (she chose July 4, so she could get one last day of overtime and one last month of health insurance). She has only worked 20-hours a week for years, so it’s not like she’s at work a lot, but now that she’s retiring, she won’t be at work at all, and although I miss her when she’s gone for nine hours, I frankly don’t know how I’m going to like so much togetherness. That said, she often goes places with her friends for anywhere from a few hours to several days, plus she visits her family down South once a year, so I will have at least some time at home without her, but she will almost never have time without me, and yes, she has complained about it. In fact, just before she left, she suggested that I go somewhere, and I said that she didn’t need to worry because I would be busy building her an apartment in the garage so the cat and I can have our own space.

I’m replacing our backyard fence. This means removing posts that were set in concrete, so it’s a hard job even though I’m only working two or three hours every other day (I’m hurting so much right now that I’ll probably take some oxycodone soon). Even so, the work is worth the pain because it makes me feel useful, even manly, and I can’t give that up. Even if money were limitless, I would still want to work because I’ve always taken satisfaction in manual labor. I didn’t do much of it for years because I kept hoping that I would get past the pain if I took care of myself—and had enough surgeries and saw enough physical therapists—but having gotten over those delusions, I’m working again, because, well, why not? What would I be saving myself for if I didn’t? At 65, my workdays are limited anyway. Even my strong-as-a-bull father had to cut back when he hit his mid-seventies.

The 2 ½” cyst on my kidney that might have been filled with cancer turned out to be filled with blood from when I broke my back on November 30 (that’s a date I’ll never forget). I had to wait six months to find this out, not that I minded because I never thought I had cancer anyway, and if I had had cancer it would have probably been a slow-growing type.

I get a periodic colonoscopy next week. I dread the gallon of foul-tasting laxative, but I don’t mind the procedure itself because once they tank me up with joy-juice, lying on my side while another man pokes a flashlight up my ass doesn’t seem half bad even if I am a heterosexual.

The Cymbalta has helped both my depression and pain. I’ve taken so many anti-depressants by now that I can’t even remember them all, but they’ve certainly been interesting if only because they have proven to my satisfaction the extent to which a person’s mental state is chemically produced. I mean, really, when you can go from being profoundly depressed to being almost cheerful after taking a drug, it says a lot about what makes us as we are, and it sure the hell ain’t religion, philosophy, or simply “deciding to be happy.” (When a depressed person buys the line that, “A man is about as happy as he makes up his mind to be,” it only makes him feel more wretched. Interestingly, the source of the quote was Abraham Lincoln, a lifelong depressive.)


I took my first anti-depressant (Norpramin) in the ‘80s, which were the old tricyclic days. Now, everything is either an SSRI or an SSNI, and they work a lot better with fewer side-effects. The first one I tried was Prozac (which was about all they had back then), and it made me almost deliriously happy (damn near manic), but the effect went away after a few weeks, so the shrink kept increasing my dosage until I topped out. Then, I experimented with various others, most of which didn’t work. The last one I took was Zoloft, and it did the trick. I never got high on it like I did with Prozac, but it worked a lot better in the long-term. I took it for years until I got tired of not being able to cry, tired of having my highs as well as my lows modulated, and tired of not knowing what my life would be like without it. I finally stopped cold turkey, which was a really bad idea because I felt as if I had been pushed off a cliff, mood-wise.

I did get one lasting benefit from Zoloft. Before Zoloft, I had been shy all my life—extremely shy in some situations—but I haven’t been that way since Zoloft, although I stopped it about ten years ago. I can’t say that I never feel shy at all anymore, but it’s rare that I do, and I never feel crippled by it. I remember when I was so shy that I was sometimes afraid of the sound of my own voice (when I was a child, I stuttered and couldn’t pronounce various letters, including the one that makes up half of the letters in my name, and it left me with a lasting scar), but those days are long gone. Now, I just don’t care all that much about what kind of an impression I make. I think age has also helped keep my shyness at bay because I saw it happen that way with my father who was a lot more shy than I ever was.

The picture is of Peggy the last time I roofed this house. She didn't help much because she was touring Alaska with Walt (see last post) for much of the time. Actually, I rather like having her go away when I have a big project because it gives me the freedom to focus entirely on my work.
Posted by Snowbrush 17 comments: