The wisdom of Rodney 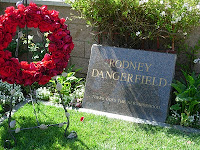 I began writing jokes when I was fifteen. I think I was so unhappy all the time that I was trying to forget reality with jokes. I was always depressed, but I could tell a joke and get a laugh. But not from my mother…
-----
I guess that’s why I went into show business—to get some love. I wanted people to tell me I was good, tell me I’m okay…. I’ll take love anyway I can get it.
-----
Show business was my escape from life. I had to have it. It was like a fix. I needed it to survive.
-----
At twenty-eight, I decided to quit show business…. To give you an idea of how well I was doing at the time I quit, I was the only one who knew I quit.
-----
I sold aluminum siding for twelve years. I made a decent living, but I wasn’t living. I was out of show business, but show business wasn’t out of me, so I did the only thing that made sense—I created a character based upon my feeling that nothing goes right.
-----
…I remember sitting in my dressing room waiting for the show to start. I looked out the window. It was raining, but the streets of midtown Manhattan were crowded, and I thought to myself. Look at all those people who are going to miss seeing me tonight on the Ed Sullivan Show.
-----
Forty years ago, I was feeling really depressed even more than I usually do, so Joe recommended a famous psychologist…. I still remember two things he told me:  “People are all fucking crazy, and most of them are unethical.”
-----
I’ve talked with many psychologists and psychiatrists. It has cost me a lot of money, but at least I got a few jokes out of it.
-----
…I didn’t go because I knew I couldn’t be myself with Jack Benny…. Can you picture me saying to Jack Benny, “Man, I’m so depressed. It’s all too fucking much.”
-----
The worst depression I had was when I was in my seventies…. For two years, I couldn’t function.
-----
I first started smoking pot back in 1942. I was twenty-one…
-----
All the stories you hear about being getting wild on marijuana are ridiculous…. Booze is the real culprit in our society.
-----
When you’re high, you become an avid reader…. one night I smoked some pot, then started reading the newspaper. An hour later, I said to myself, What am I doing? I was reading about fishing conditions in Anchorage. And I don’t even fish. And the paper was a month old.
-----
I was sitting in an airport…. There was no one around, so I lit up a joint…. Suddenly a cop came running toward me.
-----
…I ended up in intensive care…. I thought, Hey, there aren’t too many people here, and it’s dark. I’ll light up a joint… Two minutes later, a security guard came over….
-----
…I now have written authorization from a California doctor that allows me to smoke pot…. Wish I’d had that prescription thirty years ago; life would have been easier.
-----
It’s hard for me to accept the fact that soon my life will be over. No more Super Bowls. No more Chinese food. No more sex. And the big one, no more smoking pot.
-----
One time I said to him [Rodney’s father], “You’ve travelled all over the country, must have slept with a hundred women. You’ve done everything, been through it all. What’s life all about? What’s the answer?”
He twirled his cigar and said, “It’s all bullshit.”
You can’t fully appreciate that line until you’re old.
-----
Living as long as I have, you can’t help but look back on life and wonder what does it all mean. Sometimes I don’t even think I’ve made it. Even today, if I check into a hotel and the bellman picks up my suitcase, I feel awkward.
-----
I can accept getting older. I can even accept getting old, but dying? Man, that’s a tough one to accept.
Life’s a short trip. You’ll find out.
You were seventeen yesterday. You’ll be fifty tomorrow. Life is tough….
What do you think life is? Moonlight and canoes? That’s not life. That’s in the movies.
Life is fear and tension and worry and disappointments.
Life. I’ll tell you what life is. Life is having a mother-in-law who sucks and a wife who don’t. That’s what life is. 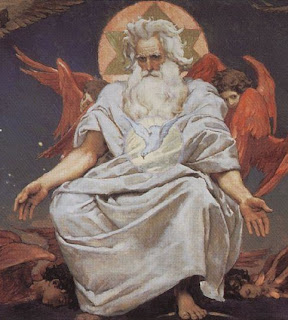 The so-called New Atheists* vilify all forms of theism, insisting that, while liberal theists might not be as overtly dangerous as other theists, they support them by virtue of their belief that something called divine revelation is superior to reason and evidence. I don’t know what’s new about this as I’ve been hearing it for the entire forty years that I’ve been a card-carrying atheist. I even agree with it, although I consider it better to err on the side of moderation in expressing ones beliefs due to the fact that hardliners alienate everyone but other hardliners. Then again…

Madalyn Murry O’Hair was much more abrasive than the New Atheists, and I used to wonder if, given that atheism got even less notice back then than it does today, the negative attention she brought to it might not have been preferable to silence. If so, the same is probably true of the New Atheists. Moderates don’t make the news, and if you are to succeed in your fight against something as rich and powerful as religion, you have to make the news.

One of my readers suggested that the New Atheists want to see religion outlawed. While I don’t follow their latest pronouncements, I at least scan every book on atheism that comes through the library, and I haven’t run into such a proposal. I wrote to a friend who stays more attune to such things than I, and asked if he knew anything about it. He responded:

“…I’ve never heard anyone honestly suggest that religion should be banned. Hitchens was one of the most strident and he often described religion as evil and poisonous, but I don’t believe he advocated for a ban. Today, P.Z. Myers is one of the most ardent anti-religious voices and he certainly doesn’t suggest banning religion…When a Christian leaps to claiming that atheists would ban religion, they are usually attempting to derail a conversation which has become uncomfortable for them in some way.  I believe it’s a form of the ‘Going Nuclear’ strategy when you are losing an argument. One person points out how the Catholic Church systematically raped children and hid the crimes and the other responds with ‘You atheists want to herd us all into rail cars like the Nazis.’ I’ve seen one of your commenters do this on several occasions.”

All this got me to thinking about my own feelings in regard to outlawing religion. I didn’t have to think long because I consider the following self-evident:

2)  Such teachings should be illegal in the presence of children.

You can beat a kid with a stick, or you can beat him with the fear of God (“The fear of the Lord is the beginning of wisdom.”—Proverbs 9:10), and when you have a kid hiding under the bed as I did because he’s afraid of God, you’ve beaten him pretty badly. While the New Atheists might not openly support a legal ban on the ability of religion to emotionally brutalize children, I would, if only such a thing were possible. Unfortunately, the only way to bring it about would be to take children from the homes of those millions of parents who are so benighted as to imagine that they are saving their children from hell after death by making their lives a hell on earth. In the words of Jonathan Edwards, who long ago wrote a sermon that’s still found in college-level literature books:

“The God that holds you over the pit of hell, much as one holds a spider, or some loathsome insect over the fire, abhors you...he looks upon you as worthy of nothing else but to be cast into the fire...you are ten thousand times more abominable in his eyes than the most hateful venomous serpent is in ours.”

If you imagine that this kind of villainous talk was long ago abandoned by the church, I would point out that I grew up with it (though not always in such flowery language), and that it characterizes the teachings of Catholic, evangelical, and fundamentalist churches to this day. Churches like my childhood church might put more emphasis on their belief that only the blood of God the Son protects us from the “righteous wrath” of God the Father, but it remains church doctrine in nearly all of the churches I’ve studied, and I’ve studied the basic beliefs of dozens.