Assassinations and memories of the homeland 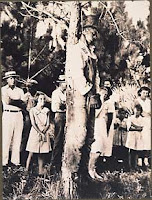 John Kennedy was killed 45 years ago today. I was 14 and skipping school in Brookhaven, Mississippi, when it happened. My mother was watching “As the World Turns” in the den, and I was in the bathroom on the pot because, after all, everybody has got to be someplace. The cabinet next to me was full of Dad’s colognes that he never wore but that I gave him every Christmas anyway. I was removing these colognes one at a time and smelling them when I heard, “We interrupt this program to bring you a special news bulletin. The president of the United States has been shot…”

I didn’t think Kennedy would die because he was rich, and I believed money could fix anything. I also knew that Dallas was near the desert, and I thought the desert had magical powers that could save his life if they would only take him there. I had never been in a desert, but I had seen a lot of them on cowboy movies and TV shows. People would die on these shows only to appear later on other shows. Maybe that’s why I thought the desert had special powers. I’m just guessing.

At school the next day, people were happy about the killing. A girl at a school in nearby McComb asked to be excused to mourn, but the principal wouldn’t excuse her so she stayed home anyway and got zeros in all her classes. Her family was eventually run out of town for their liberal ideas. They moved to Jackson, but were run out of there too. Their last name was Heffner, and someone wrote a book about them.

I was asleep when Robert Kennedy was killed. I don’t remember what I was doing the next day when I heard about it.

I was practicing for a college play when Martin Luther King, Jr. was killed. Whitworth was a small Methodist school (also in Mississippi), and a lot of the students were preparing for the ministry or missionary work. When someone came into the auditorium and told us that King had been shot, most people cheered. The teacher, who was from Ohio, just smiled. Then we went on with our rehearsal. I was shocked by the cheering (mostly because it was done by ministerial students), but I didn’t think much about it after it happened.

To give more context…during the 1960s, white people in Mississippi believed themselves and their way of life to be under siege by “outside agitators” (which was true) and despised and reviled by the rest of the world (which was mostly true), a world that couldn’t begin to understand the necessity of enforcing racial separatism in order to avoid a mongrelized race that would incur the wrath of God and bring an end to civilization. This point of view made a lot of Southerners rigid if not dangerous. I’m glad I grew up in that place and time and saw all the things I did. Of course, if I had been as rich as the Kennedys and educated at Harvard, that would have been okay too.

Negroes, as they were called, had separate schools, motels, and restaurants. They also had separate restrooms and water fountains in some places, but in most places, they had to do without. Some white cafes served black patrons through a side window, but most didn’t serve them at all. Blacks and whites didn’t socialize in one another’s houses, and a black person was expected to knock at the back door if he needed to talk to a white person at home. Young and middle aged black people were called by their first names; elderly blacks were called Uncle or Aunt. Blacks were expected to take their hats off when talking to whites, and to move aside when passing a white on the sidewalk. The “separate but equal” schools of which white Southerners boasted didn’t exist, and public libraries and swimming pools were for whites only. The black part of Brookhaven, which was called Little Egypt, had narrow streets and no sidewalks. Some of the streets weren’t paved. Blacks couldn’t even be buried alongside whites.

Separatist customs were taken so seriously that no deviation was tolerated. Imagine the outrage of bystanders today if two people took off their clothes and started having sex on the sidewalk in broad daylight, and you will understand how white Southerners would have felt had they seen a black person knocking on a white person’s front door or drinking from a whites only water fountain. A teenage boy was beaten, shot, and thrown in a river with a mill wheel tied to his neck for whistling at a white woman, and my father watched two black men being fatally drug behind cars for being drunk and disorderly in the white part of town.

Even though I lived in Mississippi for all of my first 36 years, I was often asked where I was from. My Southern accent was obvious to people from other places, but there was something about my manner of speaking that set me apart in my native state. This and my ambivalence about Southern values made me feel like an outsider from my early teens. When I finally left the South, I imagined that living among “Northern” liberals in Oregon would feel like coming home, but I discovered that a great many people here stereotyped me as being straight out of “Deliverance.” I found it quite impossible to convince people that I wasn’t stupid and bigoted, especially when they were acting that way themselves based upon nothing more substantial than my accent.

When I was a boy, I lived among people who were proud of their prejudice (Hell, yeah, I hate niggers!”), but when I came to Oregon, I found myself among people who falsely boasted that they had no prejudices. The few black people I have met in Oregon echo my observation, but instead of being scorned by white liberals, they are solicited to be their token black friends. I don’t doubt but what such weirdness is partly why there is an exodus of black people back to the South. Instead of being the most segregated part of America, the South has become the most integrated, and nowhere is this more obvious than in Mississippi where blacks are in the majority. Most weeks, I don’t even see a black person here in Oregon.
Posted by Snowbrush 5 comments: