How I Got Here 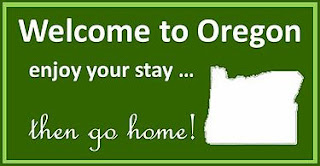 I'm 68, and spent my first 37 years in Mississippi, most of them in the vicinity of Brookhaven, a town of 11,000. By 1983, I was so fed-up with the heat, poverty, ignorance, provincialism, and my own sense of alienation, that I started looking for a new home. Because my biggest problem was loneliness, I spent most of the next two years visiting communes. Tension at home became high because of my almost constant traveling and my near constant womanizing, and Peggy also objected to my use of marijuana (for which people went to prison back then) and the occasional hallucinogenic.

I wanted her to accompany me on my repeated eight week forays that took me as far as New Hampshire to the north, Colorado to the west, and numerous places in-between, but she was unwilling to give up her job. She did fly to a few communes that I liked. One was in Richmond and another in Denver, but my favorite was a 35 person commune in New York City. It was called The Foundation for Feedback Learning, and the people there embraced me as I had never been embraced.

Although I visited a number of rural communes--including the 1,400 person The Farm in Summertown, Tennessee--I wanted to live in a city, and what better city than New York City? I was to New York City in general, and to the Staten Island commune in particular, like a duck to water. Because my accent immediately advertised where I was from, I had expected New Yorkers to hate me just as I knew that Mississippians would have hated them. I was instead treated like a lost rube who needed protection, not just by the people in the commune, but by the people I stayed with in Greenwich Village (lower Manhattan) through a travel organization called Servas.* The first person I met when I got off the train in New York was a black taxi driver from Alabama, and even he treated me, a white Southerner, like home-folks.

Unfortunately, Peggy felt unsafe in the grungy city, and she had no interest in the hours and hours a day that the people at the commune spent bearing their souls around a huge table and giving one another what could be uncomfortable "feedback." While we decided what to do next, Peggy joined the Traveling Nurse Corps and was offered a three-month stint in a cardiac telemetry unit at St. Agnes Hospital in Fresno, California. We loaded our Ford Tempo and moved into an apartment provided by St. Agnes in April, 1986. We loved Fresno until the 115-degree summer heat arrived. Being skilled in various building trades, I had planned to work as a house painter, but I hurt my knee so badly while playing sand volleyball with the Fresno Sierra Club that I spent all of our time there recuperating. It is that knee that I'm finally going to have replaced in August.

We had previously visited the town of Eugene, Oregon, and would have moved there had there been a job opening for Peggy. The attraction of Eugene was its cool summers, its liberalism, and its reputation as a paradise for people who were looking for alternative lifestyles, i.e. communes, open marriages, and group marriages. I concluded that a group marriage would be even better than a commune because everyone would be more intimate. I had been lonely all my life, and I thought that if I could be close to enough people, I would never be lonely again.

About the time that Peggy's job ended in Fresno, a permanent opening came up in the intensive care unit at Sacred Heart Hospital in Eugene. She got the job, so we left the Tempo in an acquaintance's driveway in Eugene and flew back to Mississippi to gather our belongings. We made the move in a U-Haul truck, and enjoyed ourselves thoroughly except for the evening that we crested a hill south of Amarillo and slammed into a load of brush that must have fallen off a pick-up. Right away, we smelled anti-freeze, and Peggy started to pull over. I told her to keep driving until the motor started to overheat, and we were able to reach a truck stop.

I had more friends in Eugene in a month than I had in Mississippi after decades. It was still a hippie town back then, and a person could literally make friends walking down the street. Moving to Eugene seemed downright exotic for a country boy from the Deep South. One of my first realizations was that everyone I knew had moved here from another state. When I told one of my new friends (a newcomer from the Bay Area) that Eugene was the first town I had lived in that had a good library, he thought I was joking, his basis for comparison being San Francisco.

There was so much to love about Eugene that everyday was a wonderful new adventure. In Mississippi, if I wanted whole grain bread, I had to bake it, and the only flour I could find was wheat, while Eugene had several whole grain bakeries and numerous alternative grocery stores that carried grains like spelt and teff that I had never heard of. And instead of summer days being humid and 95