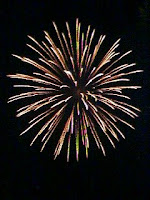 Peggy had an esophageal dilation and biopsy on New Years Eve. Afterwards, she was as helpless as a baby, and I was the lion at her gate. Every now and then, she would rouse a little and murmur, “Are you ready to go home yet?” I would say, “Today, sweetheart, it really is all about you, and I want you to rest for as long as you need to.”

We went to a party that night. There were Oregon wines, Oregon beers, and Glenlivet Scotch. I was always partial to Scotch—which I hadn’t tasted in decades—and I drank a bit more than my share. It wasn’t as tasty as I remembered, and I even had the thought that I would have preferred gin or vodka. I so seldom drink hard liquor that I didn’t know my taste had changed.

Everyone split off into groups to play cards. Hearts is something else that I hadn’t enjoyed in decades, and I was excited about playing it again. Unfortunately, no one else at my table had their hearts into it (ha). The woman beside me was about sixty and her hippie party clothes were appropriately complemented by long straight hair—long straight gray hair. She was nothing if not loquacious and, on that count alone, I imagined her as the belle of the ball. I suspected that I wasn’t among her favorites, and immediately felt as if I was fifteen again and had been rejected by the prettiest snob in class. I just as quickly remembered that I was nowhere near fifteen. Oh, what a happy thought: “Been there, done that, don’t ever have to do it again.”

My fellow partygoers mostly thought that it was time for Dick Clark to call it quits, and one man made an ass of himself by mocking his speech. Peggy said she admired Dick Clark’s spunk and looks forward to seeing him each year. I didn’t care one way or the other, but then I never was a fan of Dick Clark. At the magic moment, we all filed out of the house and stood in the drizzle banging pans and lighting sparklers. By 12:15, the belle of the ball and her partner were gone. At 12:30, Peggy and I left. I usually stay at parties until late because the best conversations happen in the wee hours, but Peggy was feeling bad.

When I got home, there was a message from the secretary of my IOOF lodge. He said that one member, Don, is dying and that another, Doyd, is in the hospital with pneumonia. I went to see Doyd today. He and his wife are ninety. She broke her hip and is recuperating in a nearby nursing home, so they can’t very well take care of one another, and the only family they have nearby is a son who doesn’t speak to them. I know someone who has the following on her blog: “Embrace all of life and not just the happy parts.” She is twenty-one and probably doesn’t know how bad some of the bad parts can get. Then again, maybe she does.

Three days after her biopsy, Peggy is still struggling to get up to speed. This is the third time in less than a year that one of us has been tested for cancer, and the waiting never gets any easier.
Posted by Snowbrush 6 comments: