Why would a preacher become an atheist? 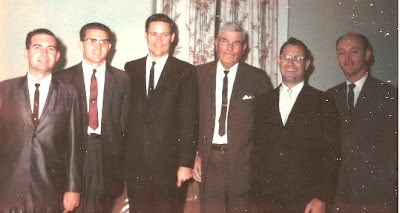 The usual scenario is that a Biblically naive young person goes away to seminary with an interest in religion and a devotion to God. For the first time, he (usually) studies the Bible from a critical perspective. Doubts are born, but he prays for faith and does his best to push them away. Two decades later, he has been a minister for 18 years, and his doubts have multiplied. At long last he is forced to admit, at least to himself, that he has become that vilest of filth, that most loathsome of vermin, that veritable dung of Satan: an atheist.


Unfortunately, his job requires him to worship a specific triune deity, and the same church that endorses his paycheck owns his house. His parents, his wife, and his children, are probably religious. He has no training in anything but religion, and his every friend is committed to religion. If you were that person, what would you do? I think I would leave, and/or shoot myself, and/or go crazy. I might even build a new and deeply rewarding life based on rationality. Some do.


The men in the 1967 photo are Church of Christ preachers who had come together for a county-wide revival in Brookhaven, Mississippi. Three of the six were from the area, and I knew them well. I was 18 at the time, and had been struggling to keep my faith since I was eleven, yet I still envisioned preachers as residing in that rarefied realm referred to as "Men of God." I was so enamored by the group shown that if someone at the revival had dropped dead, I was certain that the combined prayers of these six men could bring him back.


Buford Stewart is second from right. When his little country church offered him a raise, he turned it down because he wanted to embrace God's ideal of voluntary poverty. I slept with him--platonically--when he took me along on a revival to Kentucky. The man on the far right is Norman Miller who took me to Indiana on another revival. They loved me, but if they were still alive and ran into me today, their version of the "God of love" would command that they turn me over to him for the everlasting agony that, in their view, I would so richly deserve.*


*"And whoever shall not...hear your words, when you depart out of that house...shake off the dust of your feet. Verily I say unto you, it shall be more tolerable for the land of Sodom and Gomorrah in the day of judgment..." Matthew 10:14-15.
Posted by Snowbrush 12 comments: