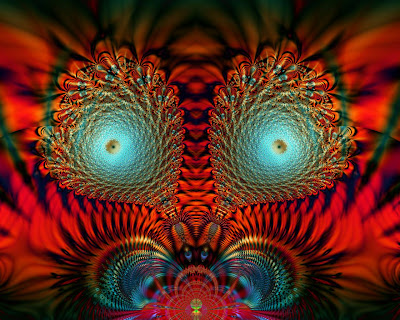 I couldn’t tolerate the Demerol (I think it would have killed me), and Vicodin, Percocet, and Norco all stop working long before I can take another dose. To feel such pain five weeks after surgery makes me think something must be wrong. That would mean a second operation on my right shoulder followed by the one on my left shoulder, followed, perhaps, by surgery on my left knee. This is clearly a time to find value in my life apart from what I can accomplish with my body.

This morning, someone asked how I was, and I said fine. Then I remembered that I spent last night—like every night—in a recliner, an ice pack on my shoulder, a toothguard in my mouth, a sleep apnea mask on my face, often awake, the pain like ice picks; and that my shoulders were still afire. I corrected myself, “Actually, I feel like shit, but I guess I’m getting used to it.” I had transcended the pain, at least for a while.

After a year of significant pain, I’ll tell you what I have learned, what the secret is to surviving it with dignity, at least some of the time. The secret is a heart that is open and loving. Anger is a deep and fiery pit. Self-pity is a black and clammy hole. Love is a cloud that floats above pain, and anger, and self-pity. Love even makes the world look different, almost numinous. I was reminded of this when I wrote about Peggy (April 20). I had forgotten how our marriage felt in the early days when the sweetness was almost unbearable. Writing brought it back. I became aglow with love, joy, and poignancy. I didn’t just feel the way I felt 37 years ago; I felt even happier because then there was uncertainty. I had wanted to get married quickly, before Peggy could change her mind.

Now, I don’t worry about losing her love. I worry about her getting sick or dying (fears I didn’t have when we were young), but I’ve grown confident in her love. Like my love for her, other feelings might crowd it out like weeds, but that is only on the surface; the big roots are still very much alive. Well, to be completely honest, I sometimes forget even this. There is a part of me that is ever empty, but that part has grown smaller over the years until it is now like an occasional pothole in a road that is mostly solid.

An ancient truism holds that it’s not the events of our lives that make us happy or unhappy but how we feel about those events. Thanks to chronic pain and disability, I am being forced to accept this at a deep level. Otherwise, I would become overwhelmed. Think of it this way. If chronic pain and disability have the power to make me miserable, then I have no choice but to be miserable. It is only when love makes all things—literally, all things—dance and shimmer before my eyes that I am able to rise above the pain; and even pain itself can appear numinous. When I love, I dance with creation. When I don’t love, I struggle, and as soon I think I have severed one Hydra’s head, five more appear. I can never overcome struggle through struggle. I can never make the world, or even my own body, the way I want it to be.

Early one morning when I was in my early thirties, I watched trees dance in the Louisiana Delta. I had smoked marijuana the night before and seen reptilian monsters in the darkness. They leaped out at me from a glass globe that contained a burning candle. Every time I turned the globe a little to escape one monster, another appeared. I would have walked away, but I was in a country place that was strange to me, and I had nowhere to walk to. The other people in the circle saw that I was struggling, but some I didn’t know, and the others I didn’t trust. They stared at me in silence and uncertainty.

The terror of having been a child who stuttered and who couldn’t pronounce three of the letters in his own name once again settled over me, and I couldn’t form words. I tried to smile, and I tried to raise my hand to wave them away, but I was as rigid as a statue. The dominant person in the group decided to pretend that nothing was amiss, and everyone followed his lead. Everyone that is but my drunken mother who, with cigarette held high, drawled, “Why, boy, I think that stuff has affected your brain.” Everyone laughed, confirming my belief that I was with people I couldn’t trust. Later, I somehow made it to bed where I was flooded by the most beautiful shapes and colors I had ever seen. They moved before my eyes in the darkness all night long like an endlessly changing kaleidoscope.

I got up early, and sat atop the cab of a truck to watch the sun rise beyond a row of ancient live oaks. As these trees awakened with the dawn, they began to pulsate. Their limbs waved gracefully as if to music, and the thought left me that I was a member of a species that was superior to other species. I became absorbed into the whole, life within life, matter within matter, energy within energy. It was among the most memorable experiences of my life. You might dismiss it by pointing out that I was in a suggestible, if not a psychotic, state and that what I saw was simply branches moved by the wind. You are right; I saw branches moved by the wind. But is it not conceivable that being emotionally raw and defenseless might have also made me open to a whole new facet of reality?

But there is only one reality.

Here is the way I see it. If you go to an astronomy website, you will find photos of the heavens that were made with different filters. One filter might show heat and cold. Another might show different kinds of radiation. Yet another might show the colors given off by a particular element. Now, which filter shows reality? I believe I saw truth on that morning long ago, but the truth that I saw was not the truth that I usually see. I was, as it were, looking at the world through a different filter.

Pain, I am learning, is like a drug trip. It can show me monsters if I emotionally resist its reality in my life, but if I relax before it (even though I continue to take practical steps to overcome it), there is the possibility that it might show me worlds of unimagined beauty. It might even take me to a place that surpasses anything I have previously known, a place of pure love and pure compassion, a place in which I can no longer be something, I can only BE. 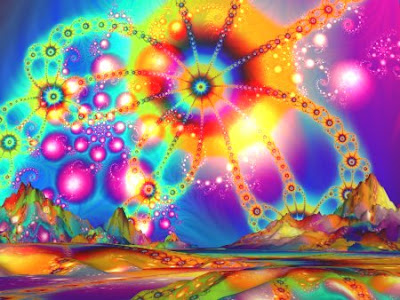