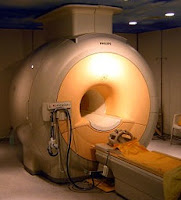 I said I had heard of people who climb mountains and run marathons on artificial joints, and I asked if any of those joints were knees. She said artificial knees are good for easy walks on flat ground, but that people who use them for more than that wear them out fast. Since there is less bone on which to attach each successive knee, a man my age would soon run out of options. She said I can do far more now than I could dream of doing on an artificial knee. I told her that the knee feels so fragile that I worry about it collapsing sideways. She said this is indeed possible and that it would most likely be the end of the knee.

I spent the afternoon enlarging our paving stone patio, and the work kept my mind off my knee until I stopped, and the gloom descended. Hiking is more than a hobby to Peggy and me; it is a way of life. I thought about my beloved trekking poles that I have used for fifteen years and for which I just bought a new tip. I thought about the mountaintops I have stood upon that I will never stand upon again. And I wondered what we will do the next time we have a few days off.

Then there is our vacation in August, the first long trip we have made in years. We had planned to hike in eastern Oregon, Nevada, and Idaho. Now what? Admire the scenery through the windshield? Visit a museum? Me read while Peggy and the dogs hike?

Later, I looked briefly at mountain bikes on the Internet, but carpal tunnel causes my hands to tingle during short trips on my town bike. Maybe I should have surgery for that.

I would have preferred a diagnosis of cancer if my odds of recovery were good because the terrain is all downhill from here as far as my mobility is concerned. The most cheerful thought I can come up with is that people have survived worse and become better for it.
Posted by Snowbrush No comments: