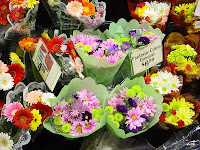 I know what $100 will buy when I am in dire straits, but I have no idea of the worth of my friends, and to have them betray me makes those straits even more dire. I would therefore offer that, although both are desirable, money is preferable to friendship.
Ah, but money doesn’t care about you. It can’t put its arms around you or bring you gifts.

No, but my friends might not do these things either. It is also true that most of the things we need don’t care about us. The food we eat, the air we breathe, our winter clothes, our snug homes; these things don’t even know we exist. I’m not saying that friendship is worthless; I’m just saying that it’s a mistake to rely upon it.

Agreed, you might not be able to rely upon them to be there for you exactly when you need them and exactly in the way you need them; but why not be appreciative for what they do give?

Just because my friends don’t give me everything I need doesn’t necessarily make what they do give meaningless, but look at it this way. If you fall into a pit and someone brings you flowers instead of a ladder, what have they accomplished? I’ll tell you: they’ve given themselves the gift of feeling good about themselves, and I think this is the real motive behind a lot of charity. Otherwise, people would not ignore the expressed needs of the supposed objects of their generosity.

After surgery on my right shoulder, Shirley, a supposedly good friend who is also a neighbor and who had gone walking with me almost every week for two decades, wouldn’t walk with me at all despite my request that she help by taking charge of one of one of the dogs (the blind one that walks on my right). She didn’t give a reason, but she was training to walk a half marathon, so I assumed that maybe her feet hurt, or maybe she didn’t feel the need for the short non-aerobic walks to which I was limited. She did, however, bring me a potted plant that I was unable to set out. Am I not grateful? Well, not very. My friend of 23 years chose to ignore my request for help without offering an explanation, but for reasons that I had to guess and that appeared trivial.

I think you misuse your friends when you expect them to do things that you could afford to pay someone to do.

Yes, I could pay someone to walk the dogs, and I could get my own exercise by walking alongside my employee, and I could get my social needs met by talking with my employee as we walked, but I want friendship to mean more than having someone to go to a movie with at everyone’s convenience. I want friendship to offer a survival advantage. I want to care for and protect my friends, and I want my friends to care for and protect me, and this experience has taught me that I can’t even depend upon people who have been my friends for a quarter of a century to do the very thing that they have often done with me for fun and exercise.

My friends have literally spent less time with me than usual. Maybe I reminded them too much of their own mortality, but in any event, they acted like I was contagious. For example, Peggy happened to be home today, so she went walking with the dogs and me, and we ran into Kurt near the library. He said he had to run because he and Jackie were going walking in the South Hills. This meant that they had to drive past my house, yet despite my request that they go walking with me, they didn’t invite me. Why? People who I hardly knew have done more for me more than people I trusted.

I also want my friendships to have depth. If my “friends” don’t care enough to help me in even minor ways, how am I to respond when they ask how I’m doing? Am I to open my heart, or am I to assume that they are just making conversation? I worked hard before my surgery so that everything I could do for myself in advance, I did do for myself in advance. It is simply not in me to ask people to do for me that which I would not do for them.

Maybe you chose your friends unwisely, or maybe they didn’t consider your surgery to be that serious.

I think I did choose unwisely, but how could I have known? They said they loved me. They stayed in my life for years. I didn’t see them betraying other people. Well, come to think of it, I did sometimes see one of them betray other people, but since he was also capable of being unusually generous, I overlooked these betrayals, not completely but somewhat.

As for not considering my surgery serious, it wasn’t serious in terms of life and death, but it was serious in terms of disability and emotional trauma, and I tried to make that clear. There comes a point when I no longer see the point in talking to people. For example, when Shirley asks me now how I am (which she only does as part of a larger conversation), I see no point in telling her. My feelings are deep and personal, and not to be shared alongside news about the weather with someone who I don’t think really cares. I had three surgeries last year, and will have at least two this year, so maybe some people have come to take bad health as a given in my life, and therefore of little note. This means that they might not have taken my surgery seriously, but that’s one hell of a disconnect, and I don’t know what to do about it.

My challenge is to somehow avoid becoming that which I hate, namely a self-absorbed person who keeps his distance—who is incapable of being more than a friendly acquaintance. One of the most charming and seemingly loving people I ever knew was also a person who equated being needed with being trapped, and who often ended friendships overnight and without explanation. She was like an elaborate movie set that looked like a mansion on the outside but was empty inside, and I don’t want to be like that. Yet, how could I find it in my heart to respond lovingly if one of these people who failed me should now become ill or injured?

I know that I sometimes fail people. For example, I receive gifts slightly more than I give them, and I remember other people’s birthdays somewhat less than they remember mine. The truth is that I don’t much value gifts. I personally don’t want anything, and I don’t usually have a clue what someone else might want. But I do try to be there when people are in distress. To me, that’s the core of friendship, and things like remembering birthdays are an option. Maybe other people feel differently, and think I’m a piss poor friend for not remembering their birthdays. Instead of, “Do unto others as your would have them do unto you,” a better proverb might be, “Do unto others as they would have you do unto them.”

I am trying to keep an open heart here, but the fact is that 43 days after surgery, I’m in more pain than ever, and I’m worried about my future. It’s not a good time for me to show love. Today, I can barely be civil.
Posted by Snowbrush 11 comments: