“If you gaze long into an abyss, the abyss will gaze back into you.” Nietzsche 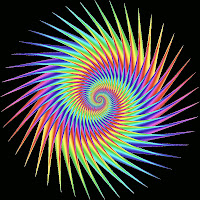 For decades, I’ve written my way through depressive periods, but this last one was too deep. The more I despair of ever being free from crippling pain, the harder life becomes, so when something else upsets me—and something about the group I lead did upset me—I sink to a place that is cold and dark and from which words cannot escape.

Peggy and I took an overnight trip last week, and, as sometimes happens, I threw out all the stops in order to get enough pain relief to enjoy myself, but when I couldn’t feel 20 mgs of oxycodone (2-4 times the normal starting dose), I gave up. Same thing yesterday when we had an overnight guest. I took my strongest sleeping pill (Dalmane), but it only worked for ninety minutes before I had to consider what to take next. So it is that I can no longer quiet the pain without taking high doses of so many different kinds of pills that I fear for my safety. I’m going to look into getting some marijuana because it’s all that I know to do. At least pot won’t kill you.

I haven’t smoked marijuana in fifteen years. The last time was at a large party, which is the last place I should smoke dope, but, what the hell, it was good shit, and it was free. When the social terror kicked in, I went outside and sat in a car with a woman, and things were good until she got cold and went back in. I soon became cold too, but I couldn’t face all those people, so I drove home. It wasn’t a long way, but it seemed like a long way because my sense of time and speed were so warped that I had to stare at the speedometer the whole way. Things stayed bad for me once I got home, but at least I was alone.

Around midnight, I went back to the party, and that was good because the pounding music and deafening chatter were gone, and enough people had left that things were mellow. I couldn’t find Peggy, and no one remembered having seen her for hours. I figured she would turn up eventually, so I settled into the conversation until around 2:00 when someone finally found her asleep on a bed upon which people had thrown their coats. Never a woman to hold her liquour, she had gotten sleepy after two drinks, burrowed to the bottom of the coat pile, and missed most of the party.

In 1980, I had my worst—and my best—experience with marijuana at another party. What made it so bad was that I had no place to get away to because I was a hundred miles from home in the Louisiana Delta—near Tallulah. Another problem was that there were only twelve people at the party, so I would have needed to explain my departure, but I couldn’t very well have done that because I had lost the ability to make words come out when I opened my mouth. Imagine an animal that rolls itself into a ball when it’s afraid, and imagine that this animal doesn’t know when to stop, so the ball keeps getting tighter and tighter until the animal’s every thought and every function are drawn into a psychic black hole. That’s how marijuana makes me feel sometimes.

It was nightime, and we were on a screened-in porch sitting around an empty cable spool that had been turned into a table. My mother was there and she was drunk, but she never smoked marijuana. Joints and water pipes were being passed around so fast that I hardly had time to exhale from one before someone handed me another. I knew that things were about to get really bad for me, but I didn’t do drugs for fun but because I wanted to explore every corner of my being. When I was with a group of people or with people I didn’t trust, the result was very bad, but when I was alone—or with one other person whom I did trust—it was very good.

There were citronella candles on the spool, and I was staring at a raised area on the one nearest me when it morphed into the face of a monster. The monster stared at me—and me at it—until it suddenly leaped from the candle into my face. I jumped, and then I turned the candle around to make the monster go away, but another monster took its place. I turned the candle again and again, but a different monster appeared each time, and it never occurred to me to stop looking at them. Then I realized that everyone had stopped talking. When I looked up, eleven smug monsters with lying smiles on their evil faces were staring at me.

With a Marlboro held high in one hand and a Miller High Life in the other, my monster mother drawled in her best drunk Southerner accent, “Boy, I think that stuff has affected your brain.” Everyone laughed. Everyone, that is, but her and me. Another monster asked if I was okay, and I nodded because I wanted them to stop looking at me, to stop thinking about me, to stop knowing that I was even there, because what I was seeing and what I was feeling was too personal to share with people whom I didn’t trust, even if I had been able to talk. It’s always mistrust that shuts me down, that balls me up, that makes me leave parties. It’s knowing that my reality isn’t “normal.” Yet, what is “normal” but society’s demonic child, and society is bullshit. All societies all the time are bullshit, and, that night I could no longer carry on the illusion of being an oh-so-normal person at an oh-so-normal party in an oh-so-normal society. This meant that there was there was no reason for me to stay, yet I was too balled-up to get out of my chair and, besides, I had no place to go.

Later, I found myself in bed, and out of the darkness came colors and patterns that flashed and revolved before my eyes. They comforted and delighted me all night long, and it was very good. When the darkness turned to gray, I went outside in the already muggy heat and sat atop a truck cab. There was a grove of water oaks nearby, and I watched them do a joy dance as the gray turned to blue and the sun moved down their branches. Then, other people got up, and called to me and looked for me, and when they found me, the trees no longer danced, and the kaleidoscope of night no longer comforted me, and I too had turned back into bullshit. People ruin things. That’s mostly what people are good for.

I have been blessed by hallucinogenics. I regret nothing. I would do them all again.

The art is called “Dizzy Thorns” and is by a fellow named Marcello from Potenza, Italy. Blow it up, and and stare at it for a few minutes. When the nausea, the fear, and the exhilaration become too much, you can turn away; but what if you couldn’t; what if it became your entire reality, and you didn’t know if it would ever go away?
Posted by Snowbrush 40 comments: