Trying to communicate about the sacred when beliefs are in conflict 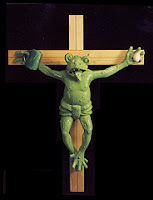 To my surprise, Lynn answered my letter of November 28, regarding her “If You Don’t Believe in God, then Sit Down and Shut-up” forward. Here is her response, followed by my answer.

I received your post some days ago but didn't want to send just some flippant response since you obviously spent some time composing your message.

Of course your points are very valid that along the way in history many people in the minority had to speak up in order to be heard and to direct change. In all the instances you list, the minority was suffering great injustices--personal and physical harm, not to mention fear. No one would dispute that.

At least for me, the point of the original post was that the voice of the American majority is being silenced because a few in the minority are offended. I read the article to point to the cases where law suits have been filed against school prayer (which may or may not be valid--I don't think it should be shoved down anyone's throat but if you want to pray, man, you're going to find a way to do it so why can't we all join in? If you don't want to you do what my nephew does when he attends Catholic church and doesn't kneel, sit in the pew and let others pray on their knees. It's called respect.) Other suits have been filed against public display of the ten commandments, which are the cornerstone of our laws. Why can't we put them on the courthouse wall? I personally don't think the founding fathers meant that religion and government should be totally separate. What I think they meant was that the government couldn't force you to attend a particular church or church at all if you didn't want to. However, I don't think they meant that you could say “Because I don't like this then the MAJORITY has to stop.” I don't believe in celebrating Jewish or Muslim holidays but I think they have a right to celebrate them.

Here’s the deal. I teach in a public school, and I can't teach the true meaning of Christmas without it being in the context of Christmas around the world! Should one of Christianity’s most sacred holidays be reduced to Santa Claus and sugar cookies? And don’t even think about Easter and its true meaning. Stick to bunnies and eggs and everything’s ok.

We spend time learning about Kwanza and Hanukkah and Ramadan and Eid, which is valuable to our culture exchange. This, too, is called respect. It helps us know where others are coming from. Why not the same treatment toward Christian holidays and literature? If we're all going to “just get along” then we should all take part in learning about each other.

I’m not sure why it is that lately the “minority” is offended by Christian doctrine that has been a part of this country since its inception. If it has worked this long (“in God we trust” on our money; “one nation under God” in our pledge; the Ten Commandments in public) why is it all of a sudden politically correct to stand against those things? Who does this hurt? We aren’t talking slavery or Nazism or genocide here. We are talking about retaining a core value system that used to mean something in America.

So, perhaps telling them to sit down and shut up is harsh. Yet, that is exactly what Christians are being told to do. Are you saying that it is our turn? Are you saying that, by demanding that our Christian heritage keep its place in our society we are somehow creating an injustice for those who don't believe?

I am honored by the time you put into presenting your thoughts. I had much rather hear from someone who respectfully challenges me to think than from someone who merely echoes my opinions. I will take the liberty of responding somewhat. I don't know if you are interested in hearing more of my thoughts on the subject, so no reply is anticipated, although one would be welcomed.

“…the ten commandments, which are the cornerstone of our laws.”

The first four of the Ten Commandments concern our relationship with God, yet God was not mentioned in the Constitution (despite tremendous pressure to do so) because the goal was a secular government. Of the other six commandments—the ones that relate to our relationships with one another—the Israelites didn’t need to be told that murder, theft, lying, greed, adultery, and contempt for one’s parents, harmed the social order because people everywhere already knew this.

“I don’t think they [the founding fathers] meant that you could say, “Because I don’t like this then the MAJORITY has to stop.’”

Are you saying that you would accept without protest the removal of every mention of God from money, public buildings, legislative prayers, the Pledge of Allegiance, and so forth if that was what the majority wanted? While I agree with you that attempts to accomplish such an end often seem frivolous and unnecessarily divisive, I feel the same way about attempts to make such references more widespread.

“I teach in a public school, and I can’t teach the true meaning of Christmas without it being in the context of Christmas around the world!’”

Almost every culture has created holidays that coincide with the winter solstice and the spring equinox, and our present push toward political correctness and multiculturalism has made such subjects very difficult for teachers. I too get tired of the turmoil. Fire stations here in Eugene can no longer have Christmas trees because a Wiccan complained that they are Christian symbols that remind her of witch burnings.

“I’m not sure why it is that lately the ‘minority’ is offended by Christian doctrine that has been a part of this country since its inception. If it has worked this long (‘in God we trust’ on our money; ‘one nation under God’ in our pledge; the Ten Commandments in public) why is it all of a sudden politically correct to stand against those things?”

“In God We Trust” first appeared on coins in 1864 and on paper money in 1957. It didn’t appear on the flags of Georgia and Florida or on the license plates of Indiana, North Carolina, South Carolina and Ohio until THIS century. “One nation under God” was also a latecomer, not appearing in the Pledge of Allegiance until 1954.

Both believers and nonbelievers have always protested these slogans (Teddy Roosevelt wrote, “[It is] my very firm conviction that to put such a motto on coins…does positive harm, and is in effect irreverence, which comes dangerously close to sacrilege... it seems to me eminently unwise to cheapen such a motto by use on coins, just as it would be to cheapen it by use on postage stamps, or in advertisements.” –What would he say about putting God on a muddy old car tag?!) Yet, even if no one had protested religious references 100 years ago, why would that preclude a person’s right to protest them today?

“…perhaps telling them to sit down and shut up is harsh. Yet, that is exactly what Christians are being told to do. Are you saying that it is our turn?”

No. I was instead reacting to the implied demand that anyone be denied freedom of speech. I don’t feel strongly about the issue itself one way or the other since I see it as symbolic rather than substantive. You obviously see it as substantive, as do those who bring suit against such references.

Now for a bit of a footnote. I belong to the Masons and the IOOF. Both lodges require a belief in God, but they don’t define what God is. I define God as the awe that I feel toward numerous things including nature, art, and music. I furthermore define God as existing in the intimacy I share with other people (and even animals) and in such virtues as compassion and courage. To many of my fellow lodge members, I would be an atheist, yet I do not regard myself as an atheist because my “spirituality” is of supreme importance to me. Yours is of supreme importance to you, and I envy you the comfort that your belief in a benevolent God and in an eternal heaven must bring. You believe that, in the end, all things will go according to a divine plan, and I do not.

My lodges don’t, so far as I know, say why a belief in God is essential. I’m sure one reason is that the word God is often mentioned in our rituals. I have no problem with this. In fact, I very much enjoy religious observances and, for several years served as chaplain in one of my lodges. Do I believe then that some powerful being heard the prayers I led? No, but I do believe that lodge prayers are a way of affirming our values and bonding us together. If we had a member who said, “Hell no, I’m not going to take part in praying and, in fact, I’m going to try to put an end to it,” that unity would be disrupted. For my part, I would wonder why he joined in the first place and why he was making such a big deal out of such a small thing since he would have the same freedom we all have to define God. But lodges are private institutions that belong only to their members; the government belongs to us all.

I suspect that my lodges also require a belief in God for another reason, and to that one I would object strenuously. I suspect that our founders felt that a belief in a supernatural lawgiver was essential to morality, and that it never occurred to them that people such as myself who have no such belief would join. I would say to them that we don’t need God to tell us that it is wrong to rape, steal, or murder, and I would even suggest that, if a divine voice should thunder from the heavens telling us that these things were okay after all, that voice would be wrong.

I see no positive connection between a belief in a supernatural lawgiver and morality, although—as with the Ten Commandments—moral precepts are often put into the mouth of a deity in an attempt to give them more weight. It is my observation that this is more likely to lead to evil than to good. Moslems are notable today for doing dreadful things in the name of their deity, but for hundreds of years both Christians and Israelis behaved just as badly. If the evil of one exceeded that of the other, it was not because the one was more vicious but because it found more people to oppress.

It is commonly said that these religions were not to blame for the evil done in their name. I deny this totally for I have read the Bible, and I know very well what vile words it puts into the mouth of God. It was one such passage that, at age twelve, set me on a road that led away from Christianity. Moses, at God’s command, has sent the Israelites to annihilate one of the many tribes that already occupied the land that God “gave” the Jews. Utter destruction, even down to the animals, was the rule during such attacks, but here God made an exception:


And with this cheery verse, I will leave you for now. Again, I thank you for your reply. Even though we disagree in many ways, I am honored to hear your thoughts.
Posted by Snowbrush 18 comments: