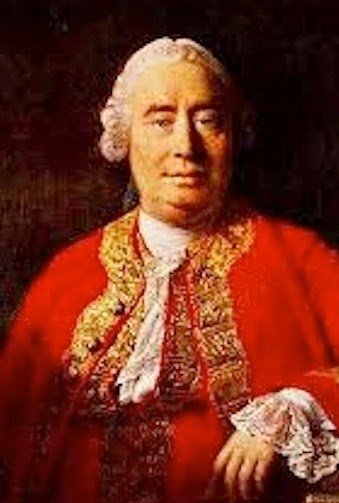 I find it easy to criticize most forms of theism because I consider any claim to the existence of a benevolent and supernatural deity to be unprovable and self-contradictory. Criticizing atheism is more difficult because the burden of proof lies with those who make a claim rather than with those who challenge it. Most people consider this obvious in the case of the Loch Ness Monster, but they somehow manage to overlook it where God is concerned. Perhaps, this is why a lot of what passes for an attack on atheism is really an attack on the character and personality of atheists. For example, we’re often accused of being arrogant, immoral, intolerant, and argumentative, and some of us are, but our detractors paint us with too broad a brush. Even so, I consider it likely that, as a group, we really do differ from theists in various ways, although my thoughts about this are mostly based on my own observations, and can’t therefore be taken as gospel. In this post, I want to discuss one of those ways: how atheists regard rationality.

I think it safe to say that nearly all atheists are rationalists inasmuch as they hold that beliefs based upon logic and evidence are more likely to be true than are beliefs based upon authority, intuition, emotion, and mysticism. For instance, when I recently wrote about my fear of death, an atheist friend offered an argument reminiscent of that of Epicurus who said,

“If I am, then death is not. If death is, then I am not. Why should I fear that which can only exist when I do not?”

I find this argument to be as flawless as it is meaningless, but without intending to disparage my friend, I will go further and say that it is irrational to ascribe to rationality the power that many atheists imagine it to have. Surely, David Hume (pictured) is well-considered to be the epitome of rationalism in the modern sense of offering arguments that are rigorously logical and evidence-based, yet even he wrote that,

“Reason is…the slave of the passions.”

I suspect that some of the atheistic emphasis on rationality comes from the fact that atheists want to distance themselves as much as possible from those whom they consider credulous or superstitious, and this leads them to judge left-brain activity as superior to right-brain activity. I think it might also be true that most atheists are left-brain oriented by nature, and, like all people, they tend to regard as superior those attributes that they find within themselves.

The fact that I am a right-brainer seems to be a minor liability among atheists because so much of what right-brained people think about is relative and imaginative rather than sharply defined and logical. This is why I am attracted to the liberal arts rather than to math and the sciences (at least in any depth). I often see this in my relationship with Peggy whom is my superior at understanding math and science, whereas I’m her superior at understanding religion, symbolic literature, and philosophy, things that often strike her as arcane, convoluted, nitpicking, and even nonsensical. My right-brainedness might also explain why I’ve have had a much harder time letting go of religion than most atheists.

I also differ from most of the atheists I’ve known in that they assume a correlation between rationality and happiness. I would challenge them to prove this because I’ve seen no evidence of it. For example, my friend, Walt, is irrational about money in that he never saves, and he only cares about how much something costs so he’ll know if he has enough money to buy it. Years ago, he had a desperate need for money, so he borrowed from me. I assumed that he would learn from the experience and become more rational, but it was not to be. One day, he and I were talking about our differences, and he argued that he would feel less anxiety if he were abandoned penniless in the middle of a foreign country where no one spoke English than I would feel if I were abandoned in the same country with a million dollars in the bank, and he was right. All my providence regarding money doesn’t make me happier (although I would definitely be unhappy if I were broke).

Likewise, Walt doesn’t worry about his house when he’s away from home despite the fact that he has done nothing to protect it from burglars. I’ve put a lot of thought and work into making my house unappealing to burglars, yet I still worry, although again, I would worry more if I hadn’t taken these measures. Despite Walt’s irrationality about various things, he is happier than I as can be seen in the fact that he's more cheerful, confident, generous, and spontaneous. Even so, I wouldn’t trade places with him because I’ve seen so many bad things happen in his life that never would have happened to me.

My point is that I see rationality as a tool that enables us to accomplish things that we couldn’t otherwise accomplish and to avoid mistakes that we couldn’t otherwise avoid, yet it’s not a tool for happiness, and even someone like Walt can employ it as well or better than I when he feels the need, so it’s also not an even/or proposition. This is why some very smart people who are rational in every other way can still base their lives upon irrational beliefs (e.g. religion, excessive optimism, excessive pessimism, or an unrealistic sense of self-confidence), and why people who pride themselves on rationality in regard to these things, can still behave irrationally in other areas (e.g. money, relationships, health-care, and managing their emotions). As I see it, ours is simply not a rational species, and this includes atheists. To quote Hume again, this time in full:

“Reason is, and ought only to be the slave of the passions, and can never pretend to any other office than to serve and obey them.”

Another problem with rationality that many atheists appear to overlook is that it either cannot produce, or is limited in its ability to produce, love, purpose, art, music, and literature, and it’s also powerless to give us an appreciation of these things, yet without them, we would be little more than machines. As it is, we are all composed of two cerebral spheres, and some people—to their detriment—are overly dominated by the right, and others—to their detriment—are overly dominated by the left, and each group devalues the other. This makes them blind to the influence of the other sphere on their own behavior as well as blind to how they sabotage the gifts that the other sphere has to offer. I think it likely that differences in cerebral orientation are like differences in sexual orientation in that whatever you’re born with is permanent, and your job isn’t to change it but to use it wisely in order to be the most balanced person you can be.
Posted by Snowbrush 18 comments: