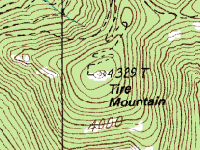 Peggy, being quite hungry, proceeded to make herself a salad. I was simply amazed by how much cold air exited the bottom of the refrigerator every time she opened it, and the afghans she covered me with were inadequate to stop my shivering since I was naked from the waist down and lying on a cold floor. Not knowing what else to do, I continued to gently exercise my legs in order to limber my back. I kept thinking that I could pull myself along by my arms if I had a rope, but I could see nothing to attach one to. An hour and a half after my ignominious descent from the van, I finally reached a chair in the den, and with care and patience lifted myself into it. I continued to stretch my muscles, and was eventually able to stand, though not completely upright. I was quite pleased with myself, the moreso because I had long since needed to go to the bathroom for reasons other than urination.   
   
Posted by Snowbrush 41 comments: