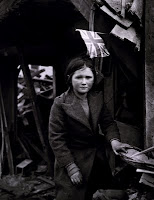 The day after I last wrote, my pain level went through the roof and has stayed there, prompting me to take a phenomenal number of sleeping pills and narcotics. The worse case scenario would be that I tore the tendon that had to be temporarily detached during surgery in order to reach the joint. This fear of re-tearing tendons is a major stressor that goes on for months following shoulder surgery. I’ll give the pain two more days before I call the doctor.

Fortunately, pain doesn’t get me down as bad as it once did. I well remember the days when I would sit in my recliner (I had to sleep in a recliner in order to sleep at all) in the wee hours and worry that if the pain got any worse, I would become hysterical. As you might imagine, that fear was harder to survive than the pain itself. Now, that I have a long record of survival, I can reassure myself that it’s unlikely that anything like that will happen.

Another interesting aspect (interesting to me, anyway) of all that I’ve been through is that it has probably left me less depressed than I’ve been in years. I certainly experience anger, fear, and sadness, but not ongoing depression. During the London Blitz, psychologists found that the depression rate of Londoners actually went down as their city collapsed around them. Obviously, that was a very different situation than my own, yet one commonality might be that pain and fear trump depression. After all, depression requires reflection, and reflection requires that one’s basic needs be realized.

Even among WWII concentration camp survivors, there appeared to be little clinical depression, presumably because the people were too busy surviving fear, sickness, overwork, exposure, and starvation, to ponder their deeper feelings. So it was that the suicide rate appeared to go up after liberation when the former inmates had sufficient comfort and leisure to consider the meaning of what they had suffered, and to mourn for what they had lost in terms of family, friends, wealth, and opportunity.
Posted by Snowbrush 10 comments: