How to convert an atheist 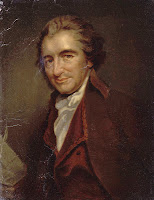 First the bad news. No one can convert an atheist unless that atheist is poorly schooled in atheism. Otherwise, converting him—to Christianity, for example—would require not just changing his mind about one belief (God=Christ, Jehovah, and the Holy Ghost) but about the scores of assumptions that underlie that one belief. Believers are generally unaware of these assumptions. I know a Christian blogger who claimed to have converted three atheists, yet she confessed that she had never known an atheist who wasn’t thoroughly arrogant and overwhelmingly obnoxious—me more than most. If you think all atheists are alike, please allow me to disabuse you of that notion.

I’ll tell you frankly that atheists tend to be smart, educated, liberal, and mistrustful of authority. After that, they are very different from one another. I don’t even like most of them, but then I don’t like most people. Some atheists don’t view atheism as important in their lives. These tend to be the ones who grew up in households that were either atheistic or nonreligious. For those like myself who took religion seriously or suffered from the oppression that comes with living among religious people, atheism tends to be extremely important. I think about it everyday, and it influences my thoughts in more ways than you can imagine. I would even say that atheism is as important to me as religion is to a devout Christian.

Far from being simply a negation of other people’s beliefs, it is the backbone of my worldview because it makes it necessary for me to create meaning in my life. By contrast, believers have meaning handed to them on a platter, although how most of them behave is so much at odds with what they claim to believe are the two great greatest commandments (Love God with all your heart and love your neighbor—including your enemy—as yourself) that their bad behavior would be facetious if it didn’t cause so much pain. For example, all of America’s recent presidents have been Christians but with the exception of Jimmy Carter, this has never stopped them from slaughtering people by the thousands.

I hold atheism to be a very personal and precious aspect of my life, and I embrace it without regard for anything or anyone other than my desire to know and speak the truth. If I am wrong, then I am wrong, and any God worth is his salt will give me credit for having done the best I could. On the other hand, if many of you are right in holding that everlasting hell awaits me at the hands of a vengeful deity ("…the Lord will rejoice over you to destroy you…”), then I would ask you if you can in good conscience really and truly worship a being that would send an honest man to hell. If you say yes, then I would respond that any God who performs acts that are considered despicable when done by a human being* is better suited to play the demon in The Exorcist than to be worshipped as the Creator and Sustainer of the Universe, and I am glad not to have made his acquaintance.

I am sometimes asked why I write about atheism and religion so much. It’s because they’re important to me, and because decades of study and reflection have made me qualified to express an opinion. Atheism lies beneath many of my thoughts in many areas, and religion represents to me a very great evil—possibly the greatest—and I want to warn you about it even if you hate me for it. My question to you would be, given that you think so highly of your God, why don’t you write about religion more? Could it be that, although you think God should be important in your life, he really isn’t?

Now for the good news about converting atheists.... Sad to say, but I lied and led you on just as you might have expected a dirty little atheist** to do. You see, there is no good news about converting atheists. All of your arguments are as old as Methuselah and have already been considered and rejected. The only thing you can do for an atheist is to help him fight the oppression of those who claim to worship the same God you do. Do this one thing for me if for no other reason than that, if religious fanatics come for me today, they will come for you tomorrow if they decide that you too are an enemy of their private deity. Atheists are simply at the head of the line of people who—for the good of society—must be re-educated, locked-up, or eliminated.

**Teddy Roosevelt, an American president, referred to Thomas Paine (who is pictured at the top of this post), a guiding philosopher of the American Revolution, as "that dirty little atheist." Roosevelt's view was that all of the good a nonbeliever does is meaningless. A recent president, George H. Bush denied that atheists are citizens, or that atheists who distinguish themselves for valor in combat are patriots. Consistent with such hatred, some American states have laws preventing atheists from holding office or even testifying in court. Believers often claim that religion is a private matter, but this is not the case if you're an atheist in America because you are hated and discriminated against everyday of your life.
Posted by Snowbrush 35 comments: