Upon being stoned for two weeks 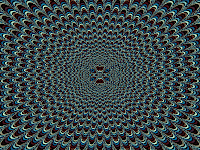 After praising the pain-killing and mood-elevating qualities of marijuana in my last post, I cut my Naproxen (an anti-inflammatory) by half and my Neurontin (a painkiller) by two-thirds. I also doubled the intensity of my twice a day workout. Well, wouldn’t you know it, the pain came roaring back, and the marijuana couldn’t stop it. Why do I never see these things coming? As soon as I feel even a little better, I go overboard and lay myself low for days or even weeks.

So then, have I stopped the pot? No because it still helps. One hit will leave me stoned for hours, so I take eight during the course of a night, and am stoned all the next day. As with narcotics, the principal benefit of marijuana isn’t that it has the power to eliminate any and all pain, but that it has the power to make the pain easier to bear (lying awake high all night is definitely preferable to lying awake sober). Alongside the pain, I’m working on attitude, and the pot is helping with that too. How? I’ll enumerate.

Peggy. Peggy is not a person to complain until a situation is really bad, and she recently told one of my doctors that my unhappiness was making things very hard for her. Now that I’m smoking pot, she’s okay, I think—with Peggy, it’s often hard to tell. In any event, she seems happy, and we haven’t had a fight since my first puff. Marijuana undeniably softens me… I should mention that there have been two things in our 39-year marriage that nearly sunk the ship as far as Peggy was concerned. One was my womanizing, and the other was marijuana. Yet, if I stopped smoking today, she would no doubt tie me to a chair and force the smoke down my throat with a leafblower.

Music. I want to listen to it—I ordered Pink Floyd, Lynyrd Skynyrd and Dan Fogelberg just today. Instead of walking into a room and finding me listening to the latest news of Syria or to talk about the Republican contenders for the presidential election a year and a half from now, Peggy walked in today to find me crying over Shakira (Donde estas Corazon). I simply don’t want to hear up to the minute news regarding horrible things that I can do absolutely nothing about except feel depressed and powerless. The question is, why did I ever?

Other people. I’ve become suddenly fascinated by the stories that others have to tell—and I will approach almost anyone. Before pot, my conversations were usually short with me doing much of the talking. Now, they’re long, and I hardly open my mouth. I’m quite amazed by how voluble people are once I stop talking about myself, and ask them about themselves. People who I never even liked simply won’t shut up, and, surprisingly, I’m okay with that.

Anger and depression. I spend a lot more time angry than depressed, but much of both have dropped away. I’m finally having to admit that I will probably suffer from some degree of pain and disability for the rest of my life, and I have concluded that (a) I can live with that, and (b) there are no magic bullets; there are simply various things that are useful to various degrees. Pain and disability are only half the problem. Railing against life’s unfairness is the other half, and I’m so tired of being angry that I simply can’t continue. I’ve done the best I could, and I respect myself for it, but now I am finding the strength to believe that I can do better, and I thank pot for that because I was wound too tight to unwind myself.

Directness. It’s scary, the things I say. The pot makes me too open, too willing to risk rejection. Yet, there is something frighteningly beautiful about that. It’s like art, music, and visiting the woods, in that I love it so much I had rather die prematurely than to live without it. Pot used to close doors for me because it made me so paranoid that I couldn’t function around other people—and I don’t just mean appropriately; I mean at all. Now, pot that is far stronger than what I smoked in the old days is opening doors. Go figure.

*The illustration for this post is by Maf04. One way that such art captures the psydelic experience is by inducing a sense of disequilibrium. Of course, with art, all one has to do is to look away.
Posted by Snowbrush 35 comments: