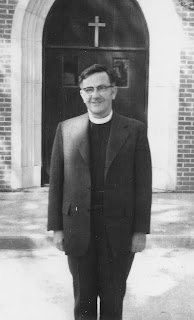 I’m in pain, I’m weak, and I’m afraid of taking Yoga (having killed a vertebra in my neck and made my shoulders worse the last time I tried), so Loren and I start our relationship with an exchange of emails about her church-sponsored Yoga class. She thinks it will help me, and her enthusiasm is contagious. (From her first letter, I saw her as bringing the kind of energy to Yoga that Steve Irwin brought to reptiles.) Then, knowing I’m an atheist, she warns me that the class will contain language about God. I go anyway. After all, it’s held at a church where she is a member, and I’m choosing to attend a limited number of events at that church partly because I want to know what religion means in the lives of mature and deep-thinking Christians. After my first class, I feel peaceful and even healthy for the first time since I don’t know when, and the feeling lasts for two hours.

We continue to correspond, somedays several times. Loren gives me good advice. I know it’s good advice because I could have given it to myself. As much as possible, she says, stay away from drugs, drink lots of water, and believe that I can get better. Yesterday, she wrote, “just promise me that you will pay attention to the feeling better.. practice accepting that god IS all powerful.  that Christ is god and Christ does heal..”

Did she forget that I’m an atheist? No, that can’t be it, so how am I to react here? Am I mad; am I offended? No. I’m just puzzled, yet my puzzlement doesn’t make me want to pull away from Loren because I believe in her at a heart level. From the time of her first rapid-fire, unedited, and brimming over with support email, I trusted her, and one or two sentences (I can’t tell which given how she punctuates) isn’t going to change that, yet I can’t ignore what she wrote because that would be to invite more of the same. In class, I have to be okay with God-language, if I am to attend, but, depending upon how such language is handled out of class, its continuation could drive a wedge between us. I want so much to respond honesty yet lovingly that I write page after page after page, most of them with tears running down my face and my hands trembling almost too much to type. I often show great emotion when I write, but this time, I’m doing my utmost to reach out to another person in a way that will work for both of us, and that multiplies my usual intensity. When I’m finally done, I don’t even know what I said, so the next day I get up and, without reading it, send her the following paragraph:

“Even if I thought that such faith as you possess would help me tremendously, I couldn’t accept it because integrity requires that I live in congruence with my best judgment about the nature of reality. I accept that faith in God represents your best judgment, and I should like it if you are able to accept that unbelief reflects mine. We have two choices. We can move apart because we don’t share a spiritual language, or we can come together in a place beyond language.”

In response, she tells me that she will work with me to find such a place, and then she tells me of the good that religion has brought into her life. Why, I wondered, could I not accept being told to trust God, yet I could easily turn right around and feel a passionate interest in hearing about her experiences with trusting God? I decide that it’s the difference between “I” statements and “you” statements. No one really understands where I’ve been or where I’m going, and they’ve hardly traveled the roads I’ve traveled, and they’ve certainly not sat by my side through hundreds of sleepless nights in which I agonized over religion, so any advice they give me is bound to miss the point. But when they talk about their experiences, they are sharing with me their world, and if I care about them I care about that world, not to change it, but to understand it, and even to love them the more because of it.

She closes with, “See ya tomorrow, you wonderful and blessed little atheist you.” I would have preferred stupendous or magnificent to little, but because I trust this person, I simply take her words to mean that we—the two of us—have successfully navigated around a scary obstacle. If we had failed, there might have been nothing left for us, and my loss of her goodness would have become another wound that I would blame on religion.

I’m bleeding, emotionally. I’m also sick, and I don’t know why. I went cold turkey on every one of my many drugs without having a clue what hell the consequences would be. I had thought I had reached a place of mellowness and near-acceptance of living with pain and disability, somehow overlooking the fact that a diet of the kind of drugs that people rob pharmacies at gunpoint for will do that to a person, and when you take those drugs away, the pain is going to hit him like a train hitting a butterfly, and the physical part of it will be the easy part.

I had my second Yoga class today, and Loren asked me to stay afterwards to talk. I said I would.

Two days ago, I had my first marijuana in weeks. I ate only an eighth of a small cookie, that being half my usual dose. Yet, that eighth of a cookie put me on the floor and took away my ability to make coordinated movements with my hands. I looked, from my place on the floor, at a little statue of Santa Claus, and saw that it was alive, and that it was looking back at me with frightening intensity. Next, I heard spirit voices murmuring overhead. Then came a swoosh, and they were gone. I made my way to the computer and sat down to write the trip out (writing beats the hell out of screaming, I’m sure, not that I’ve ever tried screaming), and that wasn’t easy considering that I was weak, trembling, crying, and un-coordinated. Two days later, and I’m still not back to earth. What I am is raw, hurting, bleeding. All the pain is right on top and threatening to spill over and engulf me. So, I feared class today. The first class was incredibly powerful, and I wasn’t even on the verge of becoming a puddle on the floor then, so I had no idea what such power might do to me today. I was afraid I would cry just from walking into the room, and my belief that Loren would welcome that made me the more afraid I might do it. Still, I went.

I arrived early and lay on the floor, placidly listening to people talk until Loren started the asanas (exercises) and, with them, the God-language. She would say God, and I would substitute Satan because that’s what the Biblical God represents to me. Halfway into the class, she said, “Let your every barrier melt,” and I responded (silently), “NO! I will NOT do that because I don’t think it would be good for me or for the class!”

As the class continued, I felt ever more centered. I threw myself into the asanas while listening to her voice with delight, because I heard in it the voice of a friend for whom no meaningful words were needed. Then, jarringly, I heard the words:

and I was taken back to the 1969 and visions of a priest I loved, a priest whom many, good Christians all, ridiculed because he butchered ritualistic language (he had a disability of some kind), but whose heart was so pure that I loved him the more because he botched ceremonies that I considered beautiful. I even came to love the ceremonies more because he botched them because botching them made them his ceremonies, and I loved him. His voice then was as Loren’s voice was today. It was the voice of my beloved and was perfect even in imperfection. I became an Episcopalian because of Father Hale (I will never call him Ed nor will I ever call another priest Father). At age twenty, God was already a non-entity for me, but Father Hale took his place.

At the end of every service, he would lead us in singing the 498-year-old words that Loren was now saying, and seeing him in my memory put a small crack in my dam. Then, his white-as-snow ghost entered the reality of the darkness before my closed eyes, and I reached toward it in my heart. Yet, no amount of love and no visions of ghosts could ever make me say his words, Loren’s words, in my own heart. Then, without thinking, I took out the word God and put in The Universe, and suddenly, I could say them, and I could even be more moved by them than I had ever been moved by them before. What’s more, I knew that Loren, at least, would applaud what she, in her effusive manner, might very well call my brilliance in finding a way to make the words work for me.

I have no idea how many people saw my tears, but Loren probably did, and I think Donna did too because they both asked me afterwards how the class went for me. “Okay,” I said, and then I tiptoed from the room (nearly tripping over the threshold and thereby demolishing my attempt at stealth). I snuck out because I didn’t think I could even talk to Loren without crying, and I didn’t want to do that, at least not the kind of all out crying that was welling up within me. Again, Loren was not the obstacle, it was my sense of place and timing that was the obstacle. Putting tears on paper is one thing. Showing them to someone is at another, more intimate, level. I’ve been to lots of peer-counseling meetings in which complete strangers bared themselves, and I learned that I could emote in such settings to an extent that few women, much less men, could, but I finally concluded that sharing tears with strangers is like having sex with strangers in that both have the appearance of intimacy and both feel awfully good, but without any real substance. Loren is not a stranger, but today I just couldn’t give her my tears because I was too overwhelmed, and our friendship was too new. Beneath my veneer of reserve and cynicism, it is sometimes too easy for me to trust people, and I have learned to mistrust myself in order to avoid doing so.

I posted this piece right after I wrote it and pulled it two hours later when it occurred to me that I should run it by Loren first to be sure that it represented her fairly. She wrote just now to say that it was fine.