My experience with marijuana versus narcotics for chronic pain 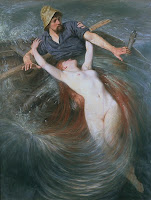 Oxycodone is at least a little useful for relieving my pain, plus it makes me very, very happy. Some people say that narcotic happiness isn’t real happiness, but the only difference I can see in how drug happiness feels versus how natural happiness feels is that drug happiness is usually deeper, mellower, and disconnected from the events of one’s life. The problem with oxycodone—and all narcotics—is that if five milligrams will take you to heaven today, you’ll need 25 the day after tomorrow if you keep taking it. I think of the drug as like a Siren that—thanks to my genetics—has been unable to pull me beneath the waves. As an example of people who weren’t so blessed, I’ll mention two addicts who held up local pharmacies at gunpoint but didn’t take money, just oxycodone, Percocet and Oxycontin (the last two being products that contain oxycodone).

Marijuana interests me more than narcotics and works as well for pain, but I never become accustomed to losing what little control I have over my thoughts as they are cycled rapidly from happy absorption in almost anything, to befuddlement, to extreme anxiety, and back again. Despite such feelings—if not because of them—I enjoy the drug (god help you if you're ever in chronic pain and sincerely despise psychoactive drugs), and I’ve enjoyed learning to carry on a normal life while using it. I do handyman projects; go to doctors’ appointments; conduct business on the phone and the Internet; cook, shop, do housework, and take care of the yard. If marijuana took away my considerable desire to be active, I wouldn’t like it nearly so well. Oxycodone does make it all but impossible to carry on a normal life plus it leaves me feeling groggy, which is why I only take it at night, and never more than twice a week. The rest of the time, I either take marijuana alone or I mix it with Neurontin, Dalmane, Ambien, Requip, or sometimes Dilaudid, which is a bit stronger than oxycodone. Ironically, I’m able to live more like a normal person when I’m drugged than when I’m straight because drugs are less distracting than pain and sleeplessness.

Many users believe that marijuana has made them better people. I’ve thought about this a lot, and I doubt that there’s anything to it. I get along more harmoniously with others—including Peggy—when I’m high because I’m more patient, tolerant, and sociable, but I have no confidence that this would continue if I stopped the marijuana. On the downside, the longer I use marijuana, the harder it becomes to express myself through my writing. I discard post after post, and when I do put something online after days of editing, I continue the editing even after most of the responses have come in. Other downsides are temporary memory loss, a feeling of floating out of reality, and the impossibility of accurately judging time and speed. As with many useful drugs, medical marijuana is a case of damned if you do and damned if you don’t.

During my adult years in Mississippi—in the seventies and eighties—I only had two friends who weren’t pot smokers, them being alcoholics only, but I never saw anyone too stoned to stand. Now, it happens to a lot of people, not because they want it but because sophisticated growers have succeeded in making marijuana so strong (just ¼ of one of my little marijuana cookies packs quite a punch) that you can get in over your head before you know it, especially if you’ve been away from the drug for years. Marijuana’s strength combined with its inability to kill me (well over 100,000 Americans die from legal narcotics each year) are two of its most attractive attributes. I have every confidence that, however bad marijuana’s long-term effects might prove to be, I won’t die from it, and when you take as many drugs as I do, that’s a significant recommendation. With this as with many things, our national policy is the opposite of what makes sense to anyone who is looking at the issue from the inside.

...I hate smoking anything, so I cook my marijuana. First, I run the dried leaves though a blender until they look like green flour. I put two ounces of this flour (twice the suggested amount) into a crock-pot with a pound of butter, and cook it on low for about eight hours. I then double the amount of butter in a Betty Crocker sugar cookie recipe, being careful to weigh the dough so that each unbaked cookie contains exactly one ounce. The main challenge to eating marijuana is simply getting the amount right, which is why I only use the one recipe. I wrote about the results of eating too much in my entry of August 8, 2011.

As for cost, I get my marijuana free from a generous and idealistic grower, but if I had to pay for it, it would run $5 to $8 a gram on the legal market (to be legal, you have to register with the state, and you can’t make a profit). One ounce contains 28 grams, so this comes to $140 to $224 per ounce. Again, this is on the legal market, so it should be relatively cheap. I have no idea what the black market would charge. Critics of the Oregon law argue that every Oregon drug addict and his cat are trying to get a medical marijuana card just so they can buy pot cheap—or grow it themselves—and not worry about getting busted. In this scenario, a druggie would learn what he needed to say to a marijuana doctor (a doctor who spends her days recommending patients to the state of Oregon for billfold-size marijuana permits) to qualify for a card, pay the doctor a few hundred dollars for the consultation, mail another $100 to the state of Oregon, and, voilà, get a permit. I’m sure this happens, but it doesn't justify scrapping a program that is vital to the welfare of thousands of people. When you hear the government claim that marijuana is a dangerous drug with no medical uses that can’t be better served by a prescription drug, you can rest assured that it's lying.
Posted by Snowbrush 30 comments: