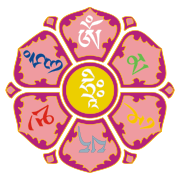 I walked over to the gem show at the fairgrounds today, but was only tempted by two items. One was a ring that was inscribed Om Mani Padme Hum, a Sanskrit prayer for compassion; the other a fossilized trilobite. I have always identified with creatures like trilobites and pillbugs that vacillate between being fully open and fully closed. I hit both extremes just this week. When my house was egged, and I couldn’t get the city to move yet another camper, I contemplated covering my living room window with Plexiglas and buying a motion detector for the yard. Then I spent time with Zula, and my heart reopened. Ironically, the measures I take to stay safe make me more fearful. Go figure.

It is thundering, and Bonnie is panting in terror under my desk. I can smell her hot breath, and it and the sound of her breathing is driving me crazy. I am trying to keep my heart open, so I can’t bring myself to make her move as I would normally do. Yet, she is not to be comforted, and I am feeling increasingly annoyed and powerless. I am prepared to (a) help her or (b) run her out of the room, but I don’t know how to just be with her. I ask myself what would LOVE do, and I’m not sure because my love for Bonnie does not seem compatible with my love for myself at the moment.

I called Mabel yesterday to tell her I was sorry about Zula’s passing. She said she went to Zula’s apartment the day before Zula died, and found her sitting in her recliner with her eyes closed and her hands folded. When Mabel touched Zula’s forehead to see if she was still alive, Zula smiled broadly and said, “I’m still here.” The next day, Mabel found Zula in the same position, only this time her forehead was cold and her body stiff. “You’re not here today, my dear friend,” Mabel said. Om Mani Padme Hum.

The following is my paraphrase of an old story, the origin of which is unknown to me.

A monk spent years concentrating on a particular mantra, and finally gained enough insight to teach other monks. His success was such that he soon concluded that there was nothing more he needed to learn; but upon hearing of an elderly hermit, he went to meet him.

“I don’t know what to say. I’m afraid you’ve wasted your whole life! You are pronouncing the mantra incorrectly!”

“That is terrible. How should I say it?”

The monk shared the correct pronunciation, and the old hermit asked to be left alone so he could start practicing. On his return across the lake the monk was pondering the sad fate of the hermit.

“I’m so glad I came along. At least he will have a little time to practice the mantra correctly before he dies.” Just then, the boatman looked quite shocked, and the monk turned to see the hermit standing on the water beside him.

“Excuse me, please. I hate to bother you, but I’ve forgotten the correct pronunciation. Would you repeat it for me?”

“You obviously don’t need it,” stammered the monk; but the old man persisted until he relented.

When the monk last saw him, the old hermit was saying the mantra very slowly as he walked back across the lake.

The thunder has passed, and Bonnie is at peace.
Posted by Snowbrush No comments: