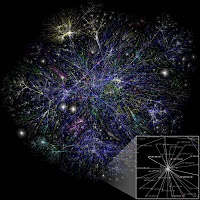 Nice things first so as to throw you off guard…

1) Instead of a few words, people often respond to my posts with a few paragraphs. I ADORE knowing that I’ve inspired them to think and feel, and vice versa.

2) Blogging has brought me into personal contact with people from all parts of the English-speaking world. Britain, Canada, New Zealand, the United States, and Australia, have become as one, and except for an occasional place name, no one could tell where any of us are from.

3) I like it when people challenge my opinions, but I also like it that no one has ever trashed me. The only off-the-wall comment I’ve gotten was posted anonymously on my blog in the mistaken belief that I would forward it to another blogger who didn’t accept anonymous comments!

4) I like having the opportunity to share my writing—and even my photographs—with a world-wide audience, and to have them preserved in cyberspace.

5) I like it that I never have to edit my words to please a publisher.

6) I enjoy finding great blogs that almost no one knows about.

3) Bloggers who go by no name but the name of their blog, which is usually long. Ideally, people’s names (even when made up) and the names of their blogs would be the same, because it would help me to sort everyone out. It would also make it easier to respond to comments. For example, if your blog is entitled She Who Likes to Eat Cantaloupes in the Nude, and I don’t have anything else to call you, I have to come up with an abbreviation. Cantaloupy? Nudie Tahoodie?

4) Bloggers whose latest entry says they don’t have anything to say, so they won’t say anything. I spend three to twelve hours (sometimes more) on my every entry trying my damnedest to make it worthwhile, and I just hate being summoned to someone’s blog (by notice of a new entry) only to be told that they don’t feel like writing.

5) The fact that I spend so much time trying to perfect an entry only to see errors as soon as I publish it. Sometimes, I have to edit and republish repeatedly to get everything right, and I worry that people will think I just keep republishing to get their attention, as if I’m screaming, “Hey, look at me!” Believe me, I’m not.

7) Bloggers who say, “It’s my blog, and I’ll write anything I want to.” I interpret this as pugnacity or, at best, defensiveness. Our readers are our guests, and they deserve our respect and consideration even when they disagree with us. Yes, I know, some bloggers say this kind of thing because they feel attacked. Like I said, it’s at best defensiveness. I mean, they’re stating the obvious—assuming, of course, that they don’t live in some free speech hellhole like Iran or China.

8) Awards. I’ve received four awards from three followers. I remember who sent them (Jane at Gaston Studio, Joe at My Quality Time, and Lille Diane at This Time Tomorrow), and I remember the joy and gratitude I felt upon receiving them. Truly, these people have a special place in my heart. I don’t display my awards because (a) I’m a decorative minimalist, so I prefer my own blog to be sparsely furnished; (b) I don’t want to risk distracting my readers from whatever I’m trying to communicate; and (c) each award came with the requirement that I pass it along to five (or even more) people, a number that boggles my imagination. Let me explain. Here’s how many people would have received a new award after it had been presented to ten generations of recipients if everyone who received it gave it to five new recipients.

In ten generations (three months maybe?), there would be over twelve million recipients if everyone passed it along. I am very appreciative of my awards, but I can’t see how an award can continue to be meaningful if it covers the globe faster than Swine Flu. Besides, if I deserve a merit-based award, why should I be expected to pass it along? I won’t even mention how easy it would be to simply steal an award by copying and pasting, because only a truly evil person like myself would think to do such a thing.

9) Followers. Based solely upon my own experience, it is my sad conclusion that the number of followers a blog has is primarily a function of how much time its owner spends visiting other blogs. The first time I visited a blog that had over 500 followers, I asked the owner how the hell he did it. He explained that Google had for some reason listed his as a blog of note, after which people just came out of the woodwork. Most of them, he believed, weren’t even interested in his blog; they just wanted to have their blogs listed on his blog so that people would click on their link. Thus began my disenchantment with piling up oodles of followers.

Another problem with having a lot of followers is that I feel all but obligated to follow the blogs of people who follow my blog, and I can’t adequately do that with even the 70 followers I now have.

10) Musical blogs. I had rather drink Drano. I hate musical blogs so much that I pet this peeve more than I pet all of my other peeves together. I can only give you 100% of my attention, so if someone is singing while I’m reading your words, your words get less attention. Besides, your writing has its own tempo, and I often feel as if I’m reading William Shakespeare while listening to Jimi Hendrix. It’s worse than fingernails on a chalkboard.

If you want to share your music, please create a playlist, and give me the choice of playing it. Yes, I could mute my speakers. This takes eight seconds followed by another seven seconds when I turn them back on. Rather than take the time (often with multiple blogs) and feel bummed about it, I tend to read fast, write fast, and get out of there. Yes, this IS a pain, and if I didn’t value you above health, money, and sex I wouldn’t do it.

Sometimes, I will have read a couple of paragraphs before the music starts. Because I’m deep in concentration, it just scares the hell out of me (when you drink too much coffee, you scare easily), and this pretty well ruins the rest of my visit. One reason I don’t go to bars is that I hate straining to hear people talk above the music only to miss half of what they say anyway. Music on a blog is like music in a bar.


Well, that’s about all I can think of, but before I close, I would just like to say a brief word to all those whom I have offended: FOR GOD’S SAKES DON’T LEAVE ME! I spent about a million hours piling up 70 followers, and I am too tired to look for replacements. Besides, I actually like you, even the ones with musical blogs. Surely, our friendship can include saying what we don’t appreciate as well as what we do.
Posted by Snowbrush 76 comments: