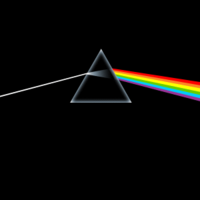 I just took my nightly bike ride, and passed a party from which the sounds of Pink Floyd reverberated for blocks. The Dark Side of the Moon harmonized well with the swollen orange gibbous that hung over the city. I rode by downtown nightspots that were so crowded that they spilled into the streets. Then, I passed through the fairgrounds where the county fair will open in two days. The rides, sideshows, and food booths are mostly ready, and the absence of people made the fifty-five acres look like a movie about the rapture. A guard yelled at me from his four-wheeled scooter. I could have outrun him, but turned around and said, “Hi, Sherwood.” “Oh, I didn’t know it was you,” he answered. “I just locked the gates, so let me know when you want out.”

Only birds know the speed and freedom of a man on a bicycle in downtown Eugene. From the street to the sidewalk and back again. Down alleys; over curbs; across parking lots; turning on a dime at any whim. All the while looking for a glimpse of the orange moon that hangs with equal comfort over city and woodland.
Posted by Snowbrush No comments: