To Portland and back 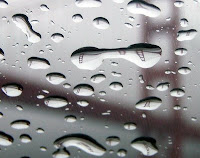 Peggy had a workshop on fetal monitoring in Portland Wednesday, so we drove up on Tuesday and stayed in a motel. She had hundreds of pages to read in preparation but, as usual, procrastinated. If I postpone something important, it is only because something else is more important, and not because I decide to clean my closet for the first time in ten years.

She passed the test only to have to come home for a dental appointment the next day. Tests, dentists, and assigned readings are three of the four things Peggy hates most. Writing is the fourth, and her “Message from the President” for the Oregon State Button Society Newsletter is due today.

We left Portland after dark during heavy rains and winds gusts of 53 miles per hour. All ten lanes on I-5 looked like one big parking lot so we took side streets, but they were little better. When we finally got out of the city, another driver took umbrage with me over who was entitled to be in a certain lane, and he followed us until I pulled over so Peggy could pee in a jar that we carry. When he veered in behind us and jumped out of his car, I thought, “Isn’t this just perfect? The wind is howling, the ruts in the interstate have turned into rivers that thunder against the fender wells, Bonnie is shivering in terror, my night vision is so bad I can hardly see the road even on a good night, the windshield wipers are working their hearts out to no avail, we just spent two hours going twenty miles; and now some fool is going to shoot us.”

I hastily left him standing in the storm and just as hastily took the next exit. Wouldn’t you know it, there was nothing but trees at the next exit, but fortunately he either didn’t see me turn or decided that killing us wasn’t worth a bad case of pneumonia. I always take a gun camping, but this experience made me vow to take it to the city as well.

Some interesting facts that I picked up on our trip:

By the third trimester of pregnancy, the embryonic fluid is nearly one-third urine.

A fetus’ heartbeat can reach 500 beats per minute, but it is very, very bad when it does.

Nurses sometimes test fetus reactivity with an instrument called a vibro-acoustic stimulator. This is basically a mechanical voicebox that sends 85 decibels of racket directly into the fetus’ ears, scaring the fetus so badly that it makes every effort to leap from the mother’s abdomen. (I told some friends about the device, and they asked with shocked expressions why nurses would do such a thing. The truth being pretty mundane, I said, “Mostly they just do it around Christmas time when they’ve had too much to drink.”)

Earth days were twenty-one hours long during Cambrian times. Due to the friction of water on the ocean floor, the days have been slowing by.002 seconds per year. Eventually, the earth will stop rotating and the same side will face the sun all the time. If the sun is on my side, I would anticipate an increase in property values. If it is not, the entire year will be like an Oregon winter.

If, instead of driving, we had flown home from Portland in the little Cessna we once owned, we would have needed to fly 53 miles per hour into the wind merely to stand still. At that speed, we could have landed without the wheels rolling.
Posted by Snowbrush No comments: