Your guide to becoming a conservative talk radio host 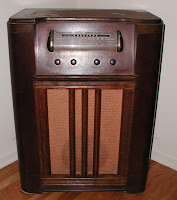 Conservative talk radio is like professional wrestling: it is about sensationalism not substance. To this end:

Aim to reach the segment of the population that has never heard the term "logical fallacy" and would think it was a liberal plot if they had.

Never made a point that is too complicated to put on a bumper sticker.

Accuse anyone who disagrees with you of attempting to deny your Constitutional right to free speech.

Play and replay sound bites of the most radical statements ever made by any member of a group that you oppose on any subject. Play the braying of a donkey or the crying of a baby in the background.

Describe yourself as world famous or internationally recognized.

Proclaim yourself as the only credible source of information about what’s really going on.

Accuse the media elite of trying to silence you.

Say you can’t accede to pleas that you run for president because you have more power in your present job.

Take personal credit for changes in government policy that agree with your political position.

Regularly repeat such assurances as I’m looking out for you, or I’m your source for fair and balanced information.

Constantly assure your listeners that they constitute an unusually diverse and intelligent audience.

Never debate a rational caller/guest. Talk over him; call him a Kool-Aid drinker, a Looney-Tune, or a nobody; ask him why, if he’s so smart, he doesn’t have his own talk show; say that he is just the kind of America-hater that you are trying to warn people against before it’s too late.

Demand that members of groups you oppose disprove widespread allegations of nudism, atheism, socialism, drug abuse, secular humanism, Communist influence, etc. within their ranks. Ask callers/interviewees if they are personally involved in such activities. Ask why they hate American or Christianity, or if it is true that they are close friends with Jane Fonda.

Refer to the caller/guest as a member of the liberal elite or the leftist fringe. Ask why they won’t come down out of their Ivory Tower and talk to real people about real issues.

Ask atheists why they hate God. Offer to buy vegetarians a steak dinner. Ask animal rights advocates why they love snakes more than children. Ask environmentalists which trees make the best huggers, and why they prefer the starvation of rural families to the harvesting of a renewable resource.

Put the caller/guest on hold, change the subject, go to a break, or replay an irrelevant sound bite when you feel cornered.

Say that anyone who won’t come on your show is obviously a coward.

Remember that a lie will gain credibility if it’s repeated often enough, for example, “Fair and Balanced.”
Posted by Snowbrush 41 comments: