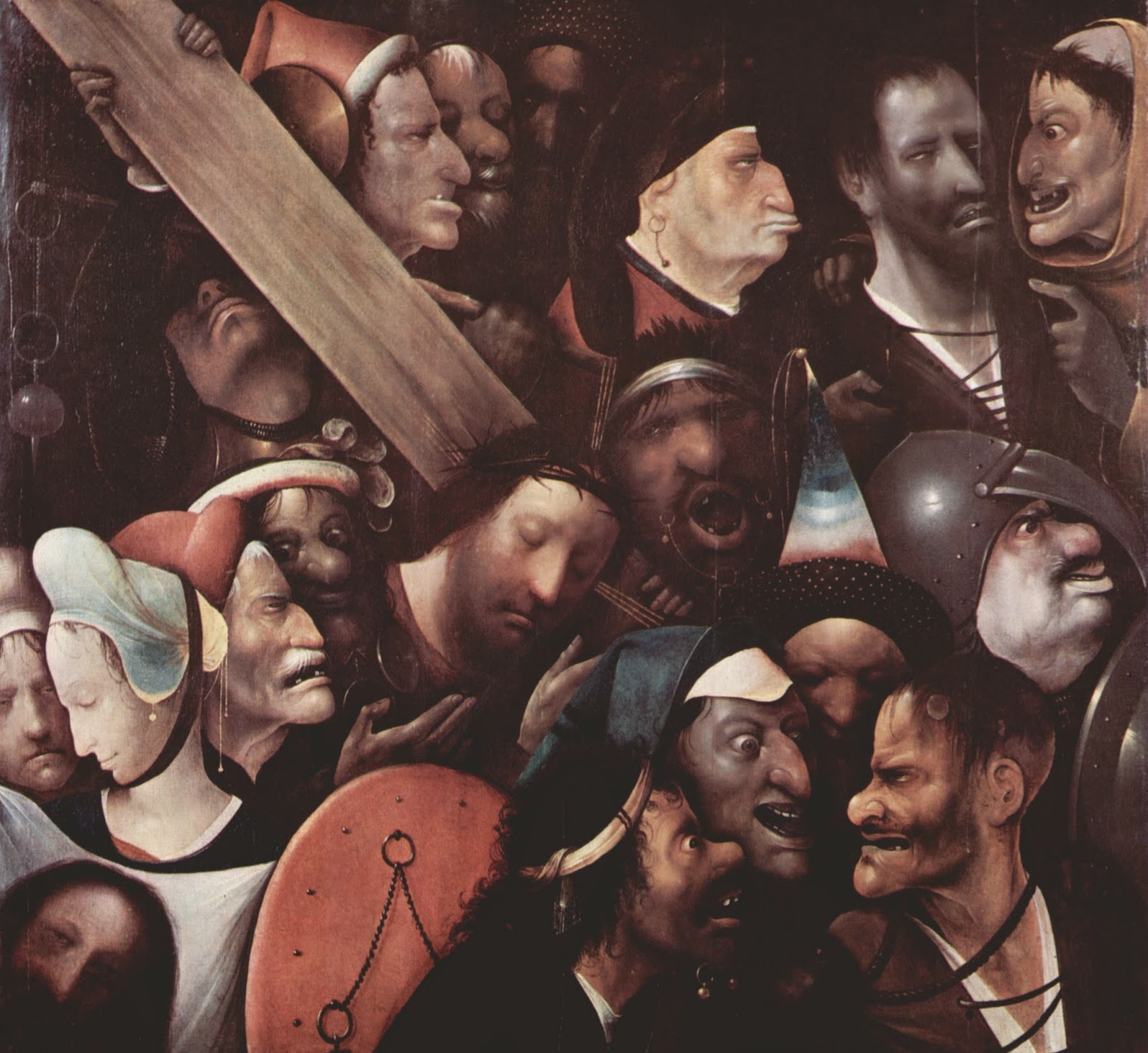 Pain has two parts, the pain itself, and the strength, or the lack thereof, of the sufferer. In my case, I think that much of what I experience comes from weakness because I never imagine that I handle chronic pain as well as the average sufferer. On the other hand, I think I handle acute pain better based upon what doctors have told me and upon what I’ve observed of others. I’ll give an example. When I was in the eighth grade, I broke my lower left arm on the playground when I forearmed another boy while the two of us were running full speed in opposite directions. The break was such that my lower forearm was bent backwards as if I were trying to tough my upper arm with the back of my hand. As I walked to the principal’s office through a playground of open-mouthed kids, I smiled. Part of what makes acute pain easier to bear is that it’s often connected to something that people can see, so they shower you with sympathy and praise you for your bravery.

I never feel that I’m any good at handling chronic pain compared to some of you who are reading this, but then how would I know? Anyway, I don’t think I am, and I get down on myself for being a wimp. Another problem with chronic pain is that people run out of sympathy. An acute injury brings out the best in friends and even strangers, but chronic pain produces feelings of awkward helplessness accompanied by looks of disappointment when the same boring questions are met with the same unhappy answers. As time passes, the sufferer feels unsupported if not unwanted.

Chronic pain also makes it difficult for me to think well of myself because I’m constantly reminded of all the things I can no longer do. For instance, I would like to join a gym in winter when I can’t work outdoors, but there are so few exercises that I can tolerate, it’s not worth it. I look at my future, and I see pain, pain, and more pain until I die in sixteen years or so. It’s the kind of outlook that leads people to kill themselves, and if I weren’t married, I might consider it.

Just thinking about killing myself makes me lose more self-respect because I regard even a fleeting temptation in that direction as a sign of weakness when so many people who are worse-off than I are able to carry on. I was sinking so low in spring that I figured it was time to experiment with what I see as my last resort—an expensive drug called Cymbalta. Fortunately, it’s helping (along with Neurontin, oxycodone, and Ambien), although I have so little confidence in anything at this point that I don’t trust it to keep helping. But for now, anyway, the knife-like pains in both shoulders, the severely bruised feeling in my hips, the sharp pains in my hip joints, the dull ache in my lower back, and the horrible tightness in my upper back are improved.

Cymbalta also seems to be slowly helping my mood, at least to the extent that I don’t lie awake most of the night thinking about death (I now lie awake most of the night reciting poetry—I know a lot of poems). Unfortunately, the pain in my knees is worse, and I’m both exhausted and sore beyond sore in much of my body from my fence work, but these are minor problems compared to the ones that the Cymbalta has helped.

The worst part about living with chronic pain came some years ago when I was new to it, and found it so frightening that I would lie awake worrying that it would get so bad that I would be forced to kill myself. One day, while lying in the bowels of an MRI machine, it really did get that bad. Although I had taken Dilaudid, I lay there counting the seconds, feeling complete sympathy for soldiers who divulge information under torture, and wondering what atrocities I would commit if only I could escape the pain. I came close to that level on other occasions, and since one of my diagnoses was Complex Regional Pain Disease—a common outcome of which is insanity and/or suicide—and a second diagnosis, syringomyelia, wasn’t much better, it didn’t seem too big a stretch to imagine that the pain would become unbearable. Fortunately, both diagnoses turned out to be wrong.

I must confess that there were a few times when I became so desperate that I prayed, but instead of helping, my prayers only made me lose more self-respect because I felt weak for praying to a god in which I didn’t even believe—talk about pathetic. Yet, as pain increases and becomes a constant in one’s life, desperation also increases. That’s why, when I was in that MRI machine, I had those fantasies of committing atrocities. I thought, well, would I kill someone to escape this pain? Would I drown kittens? Would I transfer the pain to someone I love? And even if I wouldn’t do these things now, might I not do them ten minutes from now, but if not in ten minutes, then surely in an hour, that is if I wasn’t not a gibbering, drooling psychotic by then? When I hurt so much that I would be willing to abandon my moral values to stop the pain, it takes me even lower in self-respect.

There is no part of my life that pain hasn’t touched. Like rape or cancer, it has spread through my entire being as, one by one, it invaded every place within me that I had considered inviolable and in which I thought I could find safety. Like a war veteran, I’ve been set apart forever from normal people. Pain has even lowered my IQ, and since I had prided myself on the fact that, no matter what else I lost in life, I would still have my intelligence, to see even that slipping away has been a hard thing indeed. I forget what people tell me, and I forget what I tell them. When I’m doing one of my handyman projects, I make mistake after mistake. I don’t even want anyone to help me because I don’t want them to see how stupid I am. I can still make sense enough when I write, but I can’t measure a board with any confidence. Even if I check my measurement repeatedly, I can’t trust that I calculated correctly or even that I’m able to read the ruler correctly, and this too lowers my self-respect. Peggy witnesses my loss of intelligence more than anyone, and I find it humiliating for my wife to see how low I’ve sunk. I ask myself what am I still good for, and I can’t come up with as much as I think I should.

Perhaps, you can now understand how difficult it is for me to know what to say when someone asks how I’m doing or when they offer facile advice. Because they can’t see the source of my pain—as they could when I crushed my thumb last winter—they can’t begin to understand how bad it is, and there’s nothing I can say to make them understand even if my appearance didn’t belie my words. If you’re not writhing on the floor, or at least grimacing, people don’t take you seriously, so there’s really no point in talking about how you feel. Yet, the last thing that I want is to look like I’m in pain because the appearance of pain would suggest that I’m out of control, and being out of control would be the ultimate humiliation.

I’ve spent hours picturing myself washing down oxycodone with vodka while holding a .38-special in case I panicked when the drug paralyzed my breathing. Even though I never intended to do such a thing in the foreseeable future, I knew the day might come when I would have no reasonable option, and I wanted to harden myself against that day. Besides, I couldn’t stop the fantasies. Fortunately, Cymbalta has done just that. If only they will stay gone, but, as I said, I no longer trust anything to really help because I’ve seen so many things start out promising only to fizzle. Such experiences have taught me that it’s foolish to be optimistic. Likewise, it’s foolish to try to have a social life. It’s foolish to talk about how I feel (I regard writing about it as another matter). It’s foolish to ask people to help me. Most things involving other people have come to seem foolish because no one wants to be around someone from whom so much has been taken.

I have my work. I have my blog friends. I have my writing. I have good drugs, good books, a good cat, movies in the evening, a growing collection of old TV shows, good food and good coffee, such work as I can still do, trips to the mountains, houseplants, yard plants, an occasional dinner with people I’ve known for a long time, and, of course, I have Peggy. These things keep me going, and they’re enough. I would like more, but they’re enough.

I chose Bosch's painting of Christ to illustrate this post because it represents my sense that other people are around me but not with me, and, given my desperation, this makes them seem stupid, boorish, and oblivious, as disagreeable to me as I am to them. Of course, it's also true that I try to hide most of what I'm feeling because: there's really nothing anyone can do; I find it impossible to communicate my feelings verbally, and people wouldn't want to hear them if I could because I would be saying the same things over and over; and I don't want others to imagine that I'm a weakling and that they're my superiors because, unless they've survived pain better than I have, they're most certainly not.
Posted by Snowbrush 22 comments: