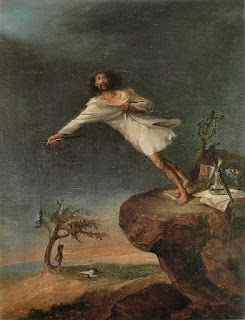 Vermont just became the third state to pass an assisted suicide law—Oregon being first and Washington second. I look forward to the day when such laws go further, to the day when you can designate that your life be ended when you become unable to do so, for instance in the case of a progressively debilitating disease such as Alzheimer’s. I would also favor state mandated euthanasia when a person’s condition is severe and hopeless but not terminal; for example, in the case of someone who has profound birth defects or is in a persistent vegetative state.

Everyone supports euthanasia for ailing pets, yet nearly everyone opposes it for ailing humans. They say that it would make people callous and, along with abortion, create a culture of death. They claim that suffering is an ennobling gift from God, and that only God has the right to end life. Many believe that euthanasia is a slippery slope that would lead to killing for convenience or political gain. I don’t believe any of these things; I believe that suicide is a human right, and euthanasia a societal responsibility. I even believe that, once we have done our best to instill in them a desire to live, we should provide healthy people with the means to end their lives painlessly if they request it. I believe this because no one who chooses to die should be forced to do so in a gruesome or painful manner, and no one who chooses to die should ever wake up in an ER after having sustained horrific injuries in a failed suicide attempt. As much as is humanly possible, we should insure that all sentient beings die peacefully and with dignity, and in the case of humans, we should, where possible, allow them to choose the time.

I mostly blame religion for people’s insistence that humans hang in there until the bitter end, no matter how much they suffer; no matter how much it costs; no matter how hard it is on their loved ones; and no matter how much they plead to be euthanized. If you’re a believer, you will probably point to my values in this regard as an example of the evils of atheism, just as I would point to yours as an example of the evils of theism. Yet, for all I know, a great many atheists might agree with you about suicide and euthanasia, but since I place no importance upon aligning my beliefs about anything with those of a given group, I don’t care. It is simply my view that if society values compassion, it has an obligation to insure, as much as possible, that every creature die a peaceful and dignified death, and that this death occur, as much as possible, at a time of his or her choosing. I believe this as strongly as I believe anything.