How did I get this way? 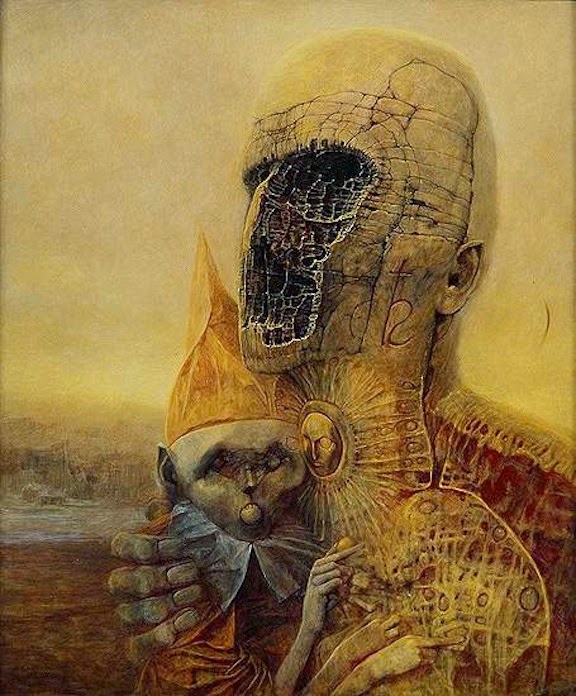 I’ve struggled with religion for 54 years, which was when I was 11 and entertained my first serious doubt upon reading about a God-ordained massacre in the Old Testament. From there it was downhill all the way, but I couldn’t let go. I would ask for faith, and then open my Bible at random and point to a verse with my eyes closed, but I never felt that God guided my finger. A concrete statue of Jesus stood in a cemetery near my house, and I would talk to that statue, but I never felt God’s presence through it. I could beg, cajole, or curse, but God never once gave me reason to think he was there, so I came to hate him even as I lost more and more faith in his existence.

When I was 17, I decided that my church—the fundamentalist Church of Christ—was too conservative, so I optimistically set about to liberalize it by writing articles for the newsletter, but my articles were never published, and no one seemed to care when I stopped attending, although some people I had been close to never spoke to me again. I visited over fifty denominations looking for one to join, but only the Episcopal Church appealed to me, but I didn't go much. When I was 18, I started taking theology courses at a Methodist college, thinking that they would satisfy my doubts, but my questions were unwelcome, and what I learned caused me to have more doubts. My favorite professor urged me again and again to give myself to Jesus, so again and again, I gave myself to Jesus, but I never felt his presence, and the professor always seemed disappointed in my efforts.

Captivated by its rituals and loved by a priest who said I was like a son to him, I finally joined the Episcopal Church when I was 23, but my doubts continued to grow. When the priest was transferred, and I didn’t like the new priest, I stopped attending. At age thirty, I joined American Atheists, drove 100 miles to New Orleans for chapter meetings, and wrote for the national magazine. I was named a non-resident editor and Madalyn Murray O’Hair asked me to call her Grandma.

When I wase 39, Peggy and I moved to Minnesota, and I joined the overtly atheistic First Unitarian Society of Minneapolis. I missed it terribly when we moved to Oregon two years later. When I was 42, I attended a Quaker Meeting with an atheist friend for several months, but found it boring. At age 48, during a time of emotional upheaval, I became a Catholic in the hope that the act of joining would magically cause me to feel differently about religion, but it didn’t, so I lost interest almost immediately.

In my upper fifties, I became the leader of a local atheist group. The meetings were too left-brained and too much dominated by the most talkative members to hold my interest, so when the group got too big to meet at my house, I stopped attending. It now has hundreds of members, but I have only retained my friendship with two. They have a 17-month-old daughter, and, since they were both rejected by their Jehovah’s Witness parents (who haven't asked to visit their granddaughter), they named Peggy and me as Sidney's grandparents. Other than Peggy, they are the nearest thing to family I have, and I worry that my current foray into Episcopalianism will alienate them. After all, religion has never brought anything into their lives but weirdness, heartbreak, alienation, and abandonment, and my unstable behavior hardly gives them reason to see things differently.

Three years ago, I attended an Episcopal church as an open atheist. I was initially made to feel welcome, but by the time I left, people were glad to see me go. I can see how I bear part of the blame for this, but I was also surprised at how quickly they turned against me. I’ve thought of writing to the ones I was closest to about the possibility of us getting together for a talk, but I wouldn’t anticipate my overture being welcomed.

While I was writing the above, Father Brent from Resurrection Episcopal came for a visit. He initiated it, so I thought that maybe he had an agenda in mind, but he didn’t beyond wanting to know more about me and to reiterate that I’m welcome at his church. I’ve either emailed or told Brent everything in this post and more—in other words, I’ve gone out of my way to point out that I’m nutty as a fruitcake, probably won’t be around for long, am only there for utterly selfish reasons, and have nothing to offer his church—but he continues to be so welcoming that I feel as if I’m being courted. I’ve known five Episcopal priests well enough to have an opinion of them. Counting Brent, I’ve respected one, adored one, hated one, thought the fourth was childish and superficial, and considered the fifth neurotically petty. I guess two out of five isn't bad.

Brent said he knows a couple of atheists at Resurrection, and he described himself as an agnostic. As he put it, “When I pray, I don’t know that there’s anybody out there listening, but I hope there is.” When I told him about my feelings regarding universal consciousness, he suggested that maybe I too am agnostic, but I said that this depends upon how God is defined, and since the word normally points to the supernatural, I regard myself as an atheist. My problem is that liberal Episcopalians define God in various ways, not all of them involving the supernatural, so I can see how the word atheist would be more confusing than clarifying, so I won’t be making a point of using it as I did at St. Marys.

Brent also said that the creeds need not be taken literally. I already knew that few Episcopalians take every word of them literally. The trouble is that I find it impossible to interpret them metaphorically. I guess theologian Marcus Borg does too, because he compared saying them to a lodge ritual in which members hold their hands on either side of their heads in imitation of a moose. In other words, they’re an act that binds without its content being rational. Brent said that, for him, they also represent subjection to an ancient order, and that he finds the subjection itself of value.

I can’t tell if such thinking is a reason or a rationalization. I just know that the creeds are a problem for me, but then a lot of things about church are a problem for me, yet I can’t let it go. I think it likely that thousands of Episcopalians can relate. As Brent said, it’s a “non-confessing church,” meaning that members don’t have to believe anything in particular. I said that I worry less about being welcome than about myself eventually falling victim to cognitive dissonance. “Cognitive dissonance” is a term that doesn’t get used much anymore,” Brent said, and I wondered why nothing has replaced it.

I then remembered the drug trip from Easy Rider, and it reminded me of what I love about the creeds: they’re ancient; they’re musical; they've been a part of my heritage for a hundred generations; they're said or sung by millions of people in thousands of situations day in and day out, century after century; and they paint a world as insanely fantastic as that of a demon, a gargoyle, a succubus, or a painting by Bosch or Beksinski. If other Episcopalians can say them without believing them, why shouldn't I? Why must I be rational when rationality seems so profoundly unrewarding, especially now that Peggy and I aren't so very many years away from dying?
Posted by Snowbrush 21 comments: