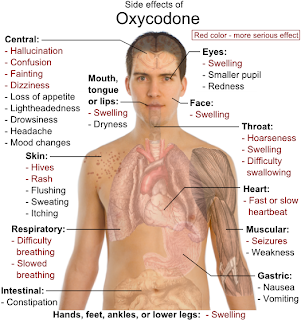 I wrote a month ago about some digging I was doing, and how well I seemed to be tolerating it. Well, that came to an end, and as a result of that work, I’m in constant pain, especially in my right shoulder which grinds with every movement and often feels as if it’s about to slip out of joint. I was prepared for the pain, but I wasn’t prepared for the noises and the loss of motion that makes everyday activities (opening blinds, making beds, lifting a coffee cup) angst-laden and downright scary.

Marijuana is the only drug that helps much (both with my pain and my attitude), and it’s the only drug that doesn’t put me in fear for my life (the chart only lists a smattering of the side-effects of my current narcotic), so I’ve been high pretty much all day everyday for weeks. The pot relaxes me, although it also makes my mind leave the vicinity of my body rather easily. For example, I took my first hit of some new bud while making breakfast yesterday, and immediately wanted to listen to music. There I was in the kitchen recalling that the iPod was in Peggy’s room when, voila!, I was holding the remote to her iPod player. Unless thought alone moved that remote, I had gone to her room and gotten it, yet I had no memory of doing so, and it wasn’t even what I wanted. “Oh, well,” I said to myself (it’s good to stay relaxed at such times because the other option is to feel as if a malevolent force had yanked your brain right out of your head and buried it) as I poured honey on Peggy’s oats, forgetting that Peggy doesn’t like honey on her oats.

These are extreme examples, but they point to the nature of marijuana-induced forgetfulness. What I usually find is that when I want to concentrate, I can (sometimes better than normal), but when I’m doing mindless chores, my thoughts are more likely to be somewhere other than on the task at hand. This is good in that it makes boring work agreeable, but it also means that I can’t hold myself to quite so high a performance standard because I’m really not “all there.” As for work that requires concentration, I can conduct business, balance the checkbook, use power tools, and figure out how to get back into my Blog when Google locks me out. I’m high as I write this blogpost, so you can see that the drug doesn’t make me altogether stupid. In fact, it can make me smarter, at least in understanding my own perceptions, thoughts, and feelings. Sometimes, I won’t even know I’m mentally or emotionally stuck until I use marijuana, and I feel as if I’m standing in a room dimly-lit by the setting sun on a gray day, when suddenly a huge bank of fluorescent lights come on.

Being high on a relatively innocuous drug is hardly the worst of the possibilities when my desperation to do real work (meaning physical work) has resulted in my inability to do so much as drink coffee without pain. If the choice is between being high versus being in more pain than need be and despondent to-boot, I’ll choose being high. It’s a strange way to live, but with luck, my shoulders will recover somewhat, and I can become active again. If not, I’ll probably become active again anyway because I don’t do well with sitting around.
Posted by Snowbrush 18 comments: