I get a letter from a prestigious Mississippian 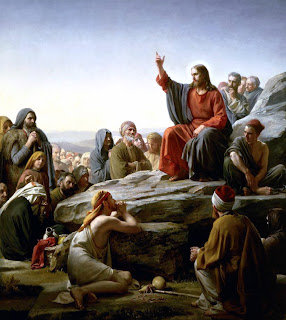 I got a letter from a professor at the University of Oregon in response to my last post. He and I are both from Route 4, Bogue Chitto, Mississippi, only he turned out better than I did as can be seen from the fact that he makes money as the head of the White Ebonics Department, whereas I stay home and write on my blog for nothing. Here’s his letter. He wrote to me in the simple language of our people.
Dear Snowy,

So what if God did order them Old Testament Jews to murder thousands of babies; and what if he did drown all but two of the world’s population of kangaroos and armadillos (and everthing else too) because Middle Easterners sinned back in Noah’s day; and what if he did say that if a man raped a woman, then that man had to marry that woman and listen to her bitch about it for the rest of his life? What you overlook is that God did a lot of good stuff too. Like there was that story about the man what God told to be a preacher, and that man didn’t wanna be no preacher, so God had a big fish (it weren’t no whale, it was a big fish) swaller him for three days after which the man decided he rather preach than to have to smell fish-breath everday. Now, that’s a good story.

Another story I like is that one about the man who got off his mule and beat it with a two by four (it was really just a stick, but I always picture it as a two by four) because the mule wouldn’t move, and that mule turned around and looked at him and said, “You dumbass. There’s a angel with a sword up ahead, and he’s waiting to chop you up into buzzard kibbles, so instead of beating me this way, good mule that I am, you oughta be thanking me for saving your sorry life.” Yessir, I’m partial to them animal stories, but they’re all in the Old Bible. In the new Bible, God got in touch with his softer side. For example, God said to love everbody else just as much as you love yourself. That means that if you have a toothache, and your neighbor’s wife has a toothache, and she can’t pay to get her toothache fixed because her husband’s job got sent overseas to Chiner, then you have to take her to the dentist with you unless you’re like Mitt Romney and need a new car elevator so you get all your vehicles in and out of your basement without having to put a hole through the foundation.

That loving your neighbor as yourself part of the Bible, that’s good, that’s real good because it cuts down on all the suffering in the world. For instance, if your neighbors are hungry, then you can’t go out and buy yourself no new TV until they’re all fed because you sure the hell wouldn’t go out and buy yourself that TV if you was hungry. No, sir. You would buy groceries first and maybe eat ‘em right there in the parking lot if you was real hungry, and this means that you’ve got to do that for other people too because if you don’t, you can’t very well say that you love them as much as you love yourself, and if you can’t say that, then you should be ashamed to show your face in church on Sunday. Like Jesus said, “By their works will you know them,” and in another place, “If you love me, keep my commandments,” and in a third place the Bible says that faith is okay, but it ain’t as good as love.

But you don’t never talk about none of the good stuff that the Bible says, and what I mean by that is the kind of stuff that Christians live by. You just make out like God’s worst than Hitler, and that don’t wash. So what you need to do is, you need to be damn happy that us Christians love everbody else as much as we love ourselves, cause what kind of a mess would this world be in if not for us making sure that everybody has got enough to eat, and everbody can go to the doctor when they’re sick, and poor kids have a chance to go to college if they want to? You answer me that, Mr. Athiest because that’s the kind of stuff that we Christians stand for, but I can’t tell what you stand for other than attacking those who spend their lives doing without luxuries because they’re so filled with love that they can’t stand to see no one going without the necessaries.

I’m going to talk to you like you talked to me which was like one Mississippi boy to another, and what I’m going to say is this. When I was a kid, I too liked them animal stories, and I especially wanted me one of them talking mules—or maybe it was a donkey, I’m not too sure no more because I don’t never read the Bible no more. Anyway, when I got a little bigger, I got to thinking seriously about what it would mean to love my neighbor AS MYSELF, and I thought, holy shit, I don’t know nobody what does that, or even tries to do that because all the Christians I know live just like everbody else except that they go to church even when nobody’s dead.

I asked my preacher about it, and what he said was that Jesus didn’t mean that everbody in the whole world was your neighbor. He just meant the people what you interacted with everday. I went away and I pondered about that for awhile, and it seemed to me that since poor people mostly interacted with other poor people, and rich people mostly interacted with other rich people, that his interpetration put all the responsibility for helping poor people onto the backs of the poor. I also reflected on the idea that most of the really poor people around where I lived was niggers, and everybody said that niggers didn’t need no help because niggers didn’t mind being poor. Of course, there was poor white people too, but everbody said they was lazy, so nobody helped them either except for taking them a basket of food at Thanksgiving, and that was only if the man and woman was married and had children. For these reasons, all the Christians I knew got to keep most of their money, which is pretty much how it is today too.

I sort of didn’t quite buy all that about nobody needing or deserving help because even if it was true, I thought you should still help their children even when it weren’t no holiday. Everbody I asked about it said that, no, it was up to their parents to do that, and if you did it for them, you would be encouraging their laziness. It occurred to me that when you added all of the reasons for not helping other people together, it pretty much meant that what Jesus said didn’t really have no effect. I went back to the preacher again to try to understand what the hell Jesus was talking about then, and what he told me was that what was true in Palestine way back in Jesus day wasn’t true in America today, because, unlike back then, America was the Land of Opportunity, and everbody who was willing to work for money could get all the money they needed. I doubted that Jesus would see it that way, but I also knew that I didn’t want to give my money away neither, and this meant that I never could be no real Christian, but then it struck me that that’s why faith is so wonderful. You don’t have to do nothing to get into heaven except to say, “I believe in Jesus, and I’m sorry for my sins,” and you will probably come out okay if you hold off on saying that until you’re so sick that you didn’t feel like sinning no more no how.

I sort of liked salvation by faith because it gave me a crack at heaven that I wouldn’t have otherwise had, but it sure didn’t seem fair that one person could live like a sack of shit for eighty years and get into heaven on the basis of saying a single sentence during his last second of life, whereas another person could do his best to love everbody everday of his eighty years, and then go to hell because he was a Jew or a nonbeliever or else didn’t have time to say the necessary sentence before he died and therefore went to judgment without his sins being forgiven. I found such thoughts worrisome, but I sort of noticed that nobody else seemed to worry about them because the other Christians I knew seemed downright convinced that they was right with God. As they saw it, it was Communists, liberals, atheists, humanists, and godless professers who was going to be mighty sorry on judgment day, whereas they themselves was going to be glad to see Jesus, and he was going to be glad to see them too. That just didn’t set right with me, and it still don’t.

Truth is, them Christians struck me as being like the old time Pharisees that Jesus was always calling hypocrits, only they was worst than that because at least the Pharisees thought that they needed to do more to please God than to say they had faith and apologize for their sins. What I’m trying to say is that I didn’t see no conviction behind the Christian love for other people. All that Jesus meant to them so far as I could see was an insurance policy against hellfire, and that’s still how I see it, although I can’t hardly say what’s true for every Christian in the whole world, and no doubt some of them really do try to love everbody the way Jesus said, and I have no problem with that. But it don’t change the fact that almost ever last Christian I ever knowed took care of themselves first, and then if there was anything left over, they might give a little of it to church, but after the preacher took his cut, the rest of what little they gave ended up paying for air conditioning churches, attaching big old gyms to little old churches, putting teensy-weensy steeples on great big churches, and other such luxuries that had nothing to do with loving their neighbors as much as they loved themselves. Now, I can just hear you saying that Christians ain’t perfect, just saved, but it’s one thing to make any number of mistakes and then do your best to correct 'em, and it’s quite another thing to live your whole life through without ever making a serious effort to do what you say you believe is right.