The death of George 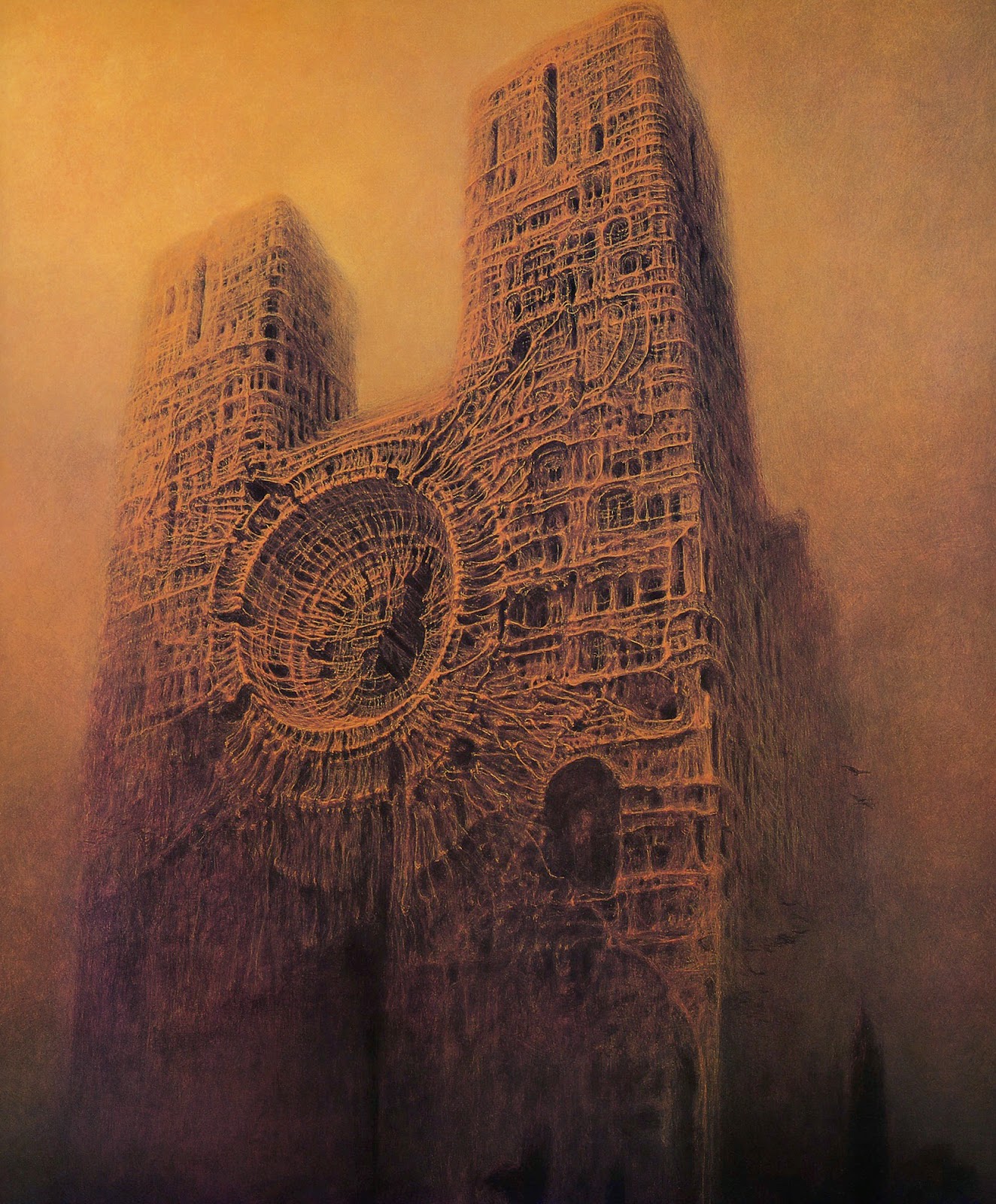 I went to the funeral of a 95-year-old friend and neighbor today. It started with a rosary, moved on to a mass, and ended with one of my friend’s distinguished children saying that he knew of no higher honor than to be compared to his father. I was wrecked throughout. First, I was alienated by a memorial service that excluded non-Catholics entirely and was conducted under the auspices of a church that I consider the institutional embodiment of evil. Secondly, I was touched to the core by his son’s recollections of George’s goodness, the moreso because I couldn’t say the same about my own father.

George and I would sit and watch mass on TV while eating ice cream or drinking brandy. I didn’t mind watching those masses because he would invariably pause them when we started to talk in any depth, or at least try to talk, a stroke having made it difficult for him to remember words. He never asked about my religious views, and I never offered them because of his communication problem. John said he survived WWII by going to mass everyday (he served on a ship), and I envied him that comfort, but few things are more certain to me than that religion isn’t a gift from God but the invention of men, and I do mean men. Today, the things that I had once tried to love about the Catholic Church—the rosary, the stations of the cross, the saints in the windows, the words of the mass, the font of holy water, and the red light signifying the presence of the host—all represented a lie that, under the pretense of love, has gone far toward filling the world with hatred, abuse, persecution, and bloodshed, as well as hungry children for the impoverished and mansions for the church’s hierarchy.

I seldom passed George’s house on foot, on my bike, or in my car, without him seeing me and waving wildly with a handkerchief while smiling like a dog who was too happy to contain himself. I’ve now lost two neighbors who waved to me that way, and, oh, but how empty those windows look, and how I wish I had visited those men more often to store up memories for the famine that their deaths represent. Ghosts are becoming more present than the living in my life. 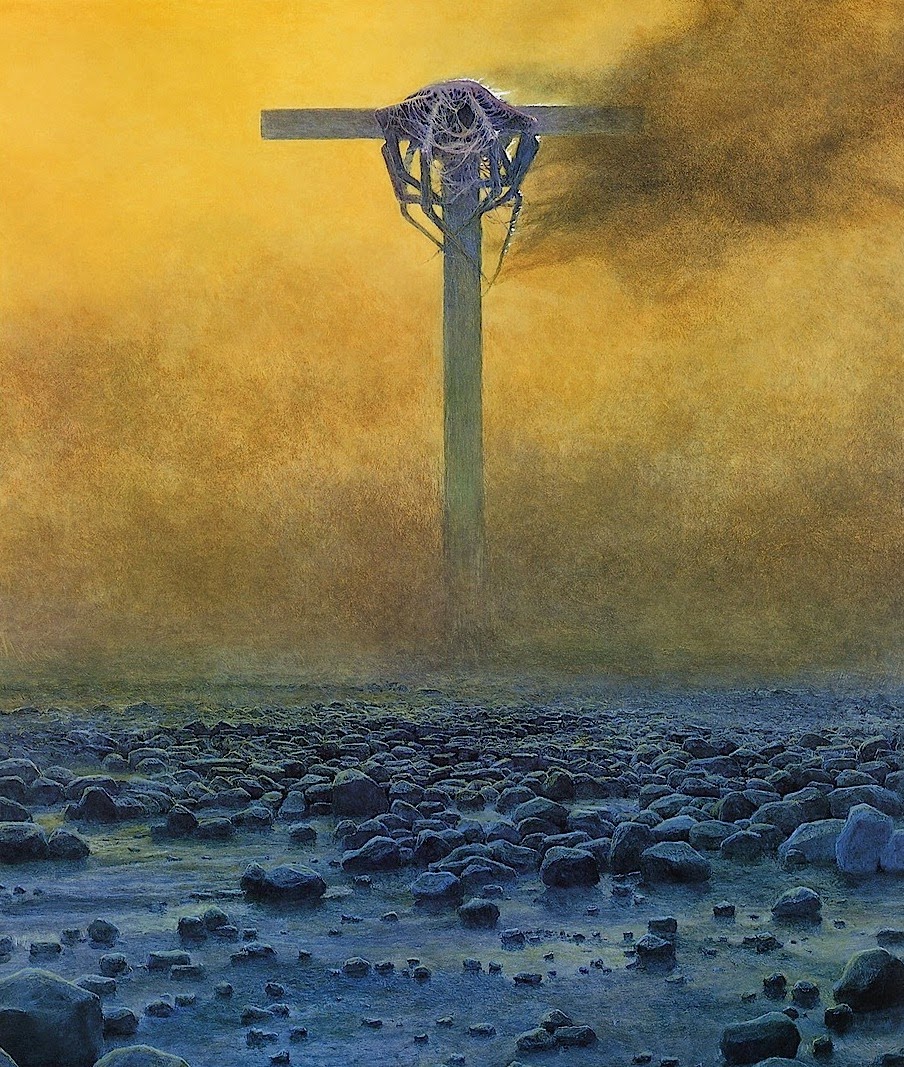 After I wrote the above sentence, I surmised that his family would be home from the cemetery, so I went to John’s daughter’s house for the reception. God bless Catholics, for there was enough beer, wine, and hard liquor to get everyone there smashed.

I’ll be honest with you—this being a phrase that my father often used, stupidly, I thought, but for some reason, it came into my head just now—George was a wonderful man. He was unfailingly considerate, generous, and good-humored, and if I had any thought that his Catholic faith had contributed to his many virtues, I would find it difficult to criticize Catholicism. But as easy as it is for me to attribute evil to the Catholic Church, I hate it too much to allow for the possibility that it might also be responsible for good. This is the opposite of how I once thought.

Growing up as I did in a denomination that made Southern Baptists seem liberal, I learned that the world contained two outstanding evils—atheism and Catholicism. This, combined with the plainness of my own church and my awareness of the ornateness of Catholic churches, created in me a very great interest in Catholicism because that which most people hated always struck me as deserving of investigation. When I became an Episcopalian in my early twenties, it was only because I found Catholic dogma even harder to accept than Episcopal dogma—by then, I saw all dogma as a challenge to work around rather than a gift to cherish.

In 1997, I made one last serious attempt to believe that there’s something deserving of worship: I joined the Catholic Church. As I ask myself whatever possessed me to go through a six-month process of being admitted only to leave as soon as I was admitted, I can’t think of a satisfactory answer. I can but say that I was under enormous internal stress at the time for reasons that I won’t go into, and that I love things which are old, and the Catholic Church is awfully old. When I lived in Minnesota, I would often visit the Minneapolis Institute of Art and admire the beautiful saints statues and triptychs from the Middle Ages, and I wanted so very much to feel connected to all of that, instead of persistently feeling as though I’m floating through time and space, unattached to everything that is past, everything that is to come, and most things that are present. I wanted to feel as if the hands of those artists were my hands, their eyes my eyes, their hearts my heart. Against all truth, I mythologized the era as being simple, clean, and deeply colored, which is the way it’s portrayed in the art of the period. I, who couldn’t accept the existence of a literal deity, wanted to at least accept something, so I joined the oldest church on earth in the hope that the mere act of joining would give me a sense of connectedness. 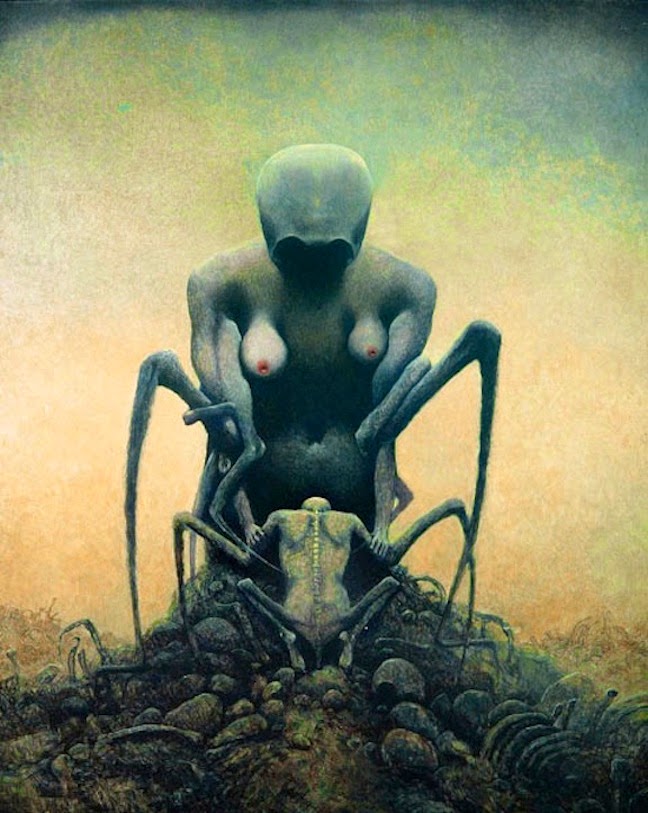 I first applied for the membership class at St. Marys, but after talking to me for five minutes, the priest pronounced me unfit to join, so I presented my case to the priest at the more liberal St. Thomas. He said he had no problem with me, but that, like everyone, I would need a sponsor. Since I didn’t know a soul there, he appointed Bill, explaining that Bill’s extensive knowledge of church history and theology would enable him to address my concerns. Unfortunately, the more Bill and I came together, the further apart we grew due to his growing disapproval of me. It must have been hard for him to allow me to join (I needed his okay), but he pinched his nostrils, and publicly vouched for me on the Saturday night before Easter Sunday. Afterwards, he presented me with a copy of Thomas Merton’s The Seven Story Mountain and warned that if I ever joined another church, God wouldn’t forgive me. It was the last time we spoke.

There I was, a brand-spanking new Roman Catholic whom, despite my best efforts, had gotten nothing of value from all the classes, nothing from my scholarly sponsor, and nothing but a fleeting wave of emotion from my confirmation. A few weeks later, the priest called to ask what had become of me, and I said it wasn’t working for me to be a Catholic. He wished me well without asking any questions. I now look upon the whole episode as one of the more embarrassing of my life, because I knew throughout the process that I didn’t have an intellectual leg to stand upon, yet I joined anyway.

There’s a character in Elmer Gantry with whom I identify more strongly than anyone I’ve ever known or read about. Frank Shallard went through seminary and preached for years despite his ever-growing nonbelief, yet, as unlikely as it sounds, he was a person of integrity. Gantry didn’t bother to ponder the question of God’s existence because his only interests were the prestige and wealth that went with being a famous evangelist. Neither did maintaining their belief pose a challenge to such preachers in the book as did believe, because they were “superbly trained to ignore contradictions.” Frank Shallard, by contrast, wanted to believe—in something—but he couldn’t avoid probing questions, and his questions had to admit of rational answers, so he kept on preaching for the good he could do, even as he sought an alternate belief. Gantry finally outed him in the following exchange: 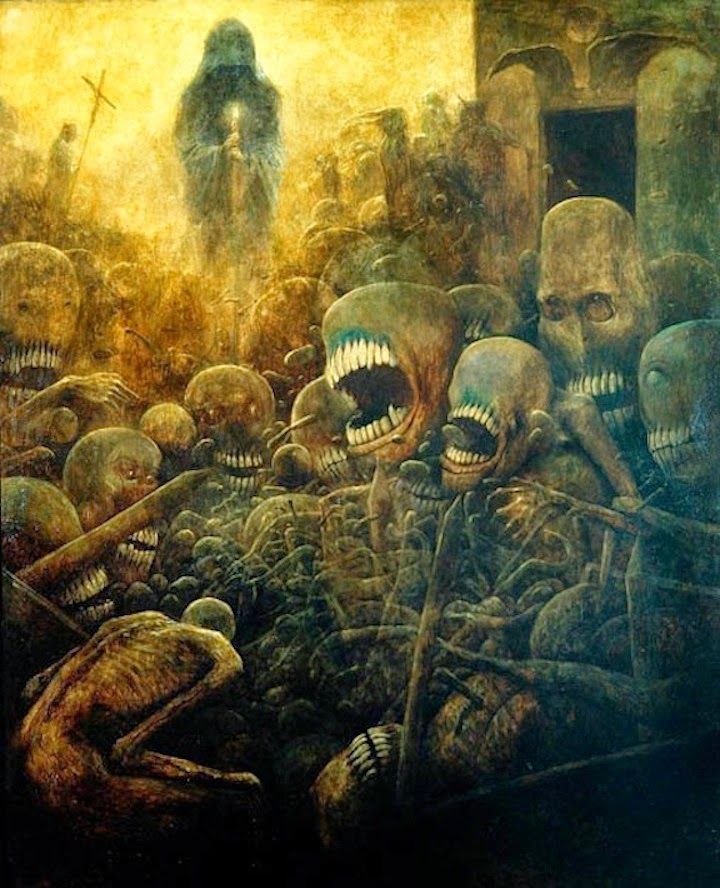 Frank was so simple as to lose his temper when Elmer had bullied him, roared at him, bulked at him, long enough, with Frank’s own deacons accepting Elmer as an authority…he screamed back at Elmer that he did not accept Jesus Christ as divine; that he was not sure of a future life; that he wasn’t even sure of a personal God.

Mr. William Dollinger Styles snapped, “Then just why, Mr. Shallard, don’t you get out of the ministry before you’re kicked out?”

“Because I’m not yet sure — Though I do think our present churches are as absurd as a belief in witchcraft, yet I believe there could be a church free of superstition, helpful to the needy, and giving people that mystic something stronger than reason, that sense of being uplifted in common worship of an unknowable power for good. Myself, I’d be lonely with nothing but bleak debating-societies. I think — at least I still think — that for many souls there is this need of worship, even of beautiful ceremonial —.”

“‘Mystic need of worship!’ ‘Unknowable power for good!’ “Words, words, words! Milk and water! THAT, when you have the glorious and certain figure of Christ Jesus to worship and follow!” bellowed Elmer. “Pardon me, gentlemen, for intruding, but it makes me, not as a preacher but just as a humble and devout Christian, sick to my stomach to hear a fellow feel that he knows so blame much he’s able to throw out of the window the Christ that the whole civilized world has believed in for countless centuries! And try to replace him with a lot of gassy phrases! Excuse me, Mr. Styles, but after all, religion is a serious business, and if we’re going to call ourselves Christians at all, we have to bear testimony to the proven fact of God…”

The Gantrys of the world are welcomed by the church; the Shallards are not. So was it in Jesus’ time, and so is it today. 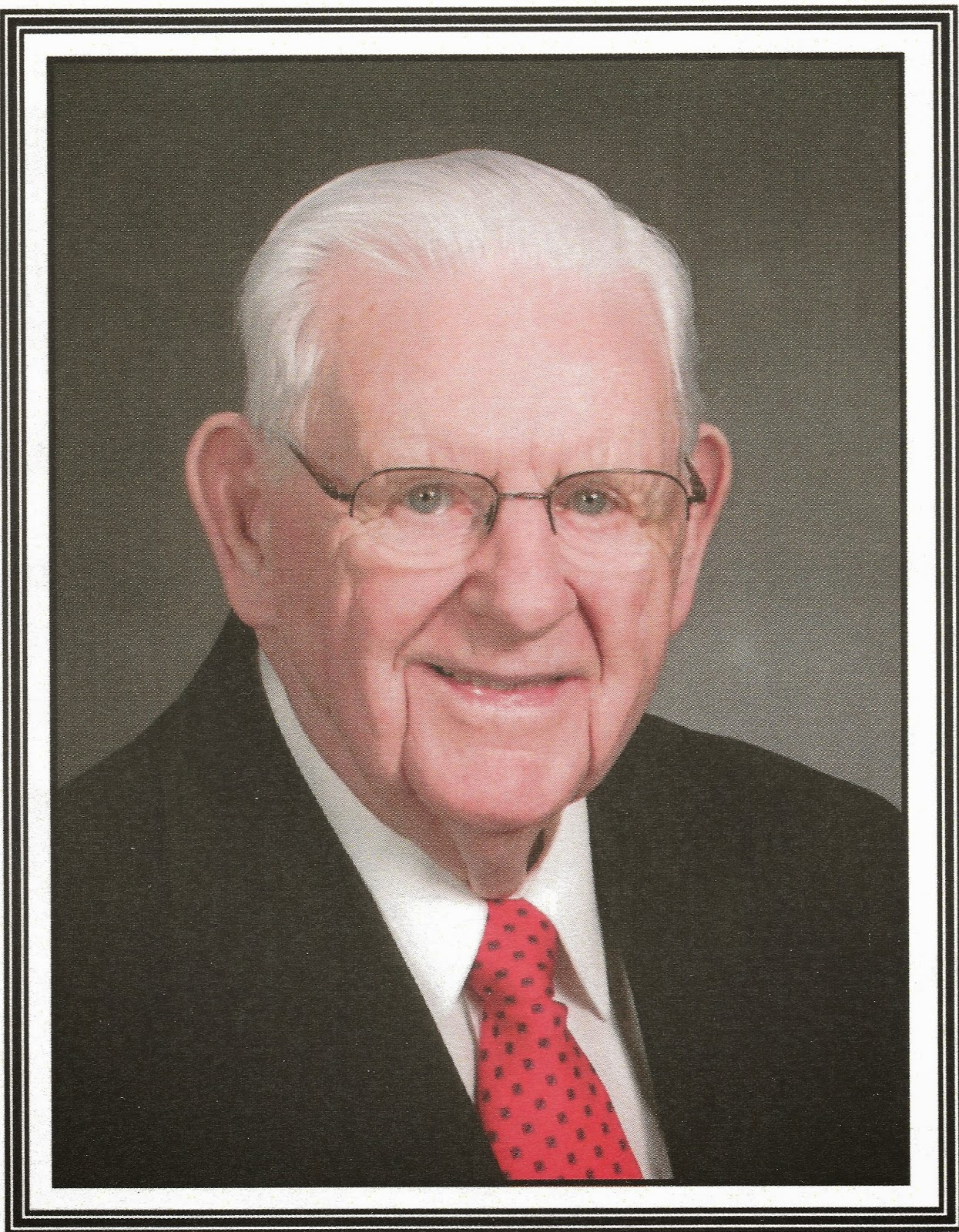 Fifty-four years after I started to lose my fundamentalist faith, I find it sad how cheerfully confident I was that I would soon find an alternative and even enjoy the search. This was because I assumed great diversity among religions, and there is, of course, enormous diversity, but it is diversity of what people believe rather than of how they think. I also assumed that, just as botany and history have their authorities, so does metaphysics. Now, I see no reason to think that anyone knows any more about ultimate reality than I do, death being the only path to certain knowledge.

Art by Zdzislaw Beksinski. His images describe my feelings better than any words. It is a nightmare to be simultaneously attracted and repulsed.