Why I am not an agnostic 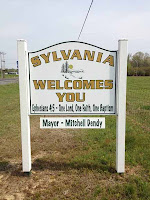 The short answer is that I consider the possibility of the existence of a supernatural deity to be zilch. I could be wrong about this, but I could also be wrong about Bigfoot, although I very much doubt it. This leads me to ask what percentage of certainty a person needs to call himself a theist, an agnostic or an atheist. Would 51% do?

I don't recall spending any time as an agnostic on my way to atheism. Until age 11, I was a believer, and I remained a believer even after I came to hold the God of the Bible in contempt. I proceeded to atheism in my mid-twenties because I found it harder to envision God as a weakling or an asshole (all supernatural versions of God paint him as one or the other) than to renounce his existence.

Emotionally, I would still like to believe that I am immortal, protected, guided, and that my life has an ordained purpose, but intellectually, I no longer try because I’ve examined all the supposed evidence and found it fanciful. Only a personal experience would touch my unbelief in the least, although I wouldn’t necessarily accept that as valid. After all, I’m capable of hallucinating, so if I were to hear or see an entity that my investigations had determined to be imaginary, my impulse would be to doubt the experience rather than to doubt my investigations.

In some countries, the hands of God-worshippers are dripping in blood. In the U.S., the Christian community generally stops at insults, threats, and social, economic, and legal discrimination, but vandalism and physical violence also occur (I was rapped on the head for not standing for prayer while on jury duty). Given Christianity’s bloody past and its widespread meanness even today, I believe that the only difference between the dominant face of Christianity in America and that of Islam in the Middle East is that America’s laws provide significant protection for a diversity of believers and nonbelievers. Unfortunately, this protection must be endlessly safeguarded by lawsuits against those who would make America a theocracy. As I see it, there are three kinds of Christians: those who are clueness regarding religious oppression, those who carry out the oppression, and those whose silence implies that they consent to the oppression. Because it would be a small step from making Christianity our state religion to enacting restrictive laws against unpopular forms of Christianity, I’m at a loss to understand the certainty on the part of believers that a Christianized America would only present a problem for non-Christians.

The sign in the photo (from the Freedom from Religion Foundation website) was one of four erected at taxpayer expense by the city officials of Sylvania, Alabama. Government-sponsored, Christian-specific displays and observances are commonplace in America despite the fact that they violate the law. If any Christians object to them, they do a good job of letting nonbelievers take the heat for speaking out.
Posted by Snowbrush 16 comments: